#585 How can a diagnostic injection help heal an ankle sprain? - DOC

#585 How can a diagnostic injection help heal an ankle sprain?

How can a diagnostic injection help an ankle sprain? Well, that’s what we’re talking about today on the Doc on the Run podcast.

Let’s say you’re out running on a trail and you catch a root and you roll your ankle. You limp back home and you realize that your ankle’s all swollen, it’s bruised, it hurts and you’re really bummed out. You’re trying to figure out what you can do to get this thing to calm down faster and get back to running. Well, there are lots of different options.

Now I was just giving a talk at the International Foot and Ankle Foundation meeting in Seattle and one of the lectures I was giving to the physicians there was about conservative treatment. Meaning non-surgical simple things you can do, conservative treatment of ankle sprains in runners who want to run. That was literally the title of the talk and so I was trying to explain to physicians what I actually do with runners when they roll their ankles and they’re trying to get better, as quickly as possible. Now, of course, this means you don’t have a fracture that needs surgery. It means that these things should help you.

But one of the things that came up during this talk was a reference that I had and a slide in my talk that mentioned a study that was published way back in 1977 in the Journal of Trauma. This was a study where they actually talked about how they used injections of xylocaine, 1% xylocaine in order to help athletes get back to activity faster. I was talking about this study and how it might be applied in these physicians’ practices when they see runners like you, who have an ankle sprain.

The concept is pretty simple. When you sprain your ankle, you have trauma, you have tissue damage, you have bleeding within the ankle. That’s why you see bruising, it’s just bleeding under the skin. So if you have blood in the joint, it’s not supposed to be in the joint and your body knows that. Your body’s trying to get rid of the tissue debris, the damage, the blood, all of the stuff that’s not supposed to be there. You have a cleanup process. That cleanup process is part of the inflammatory response you get, where you have pain, you have swelling, you have excess fluid in the tissue to try to get cells in to remove that debris and get it back out. 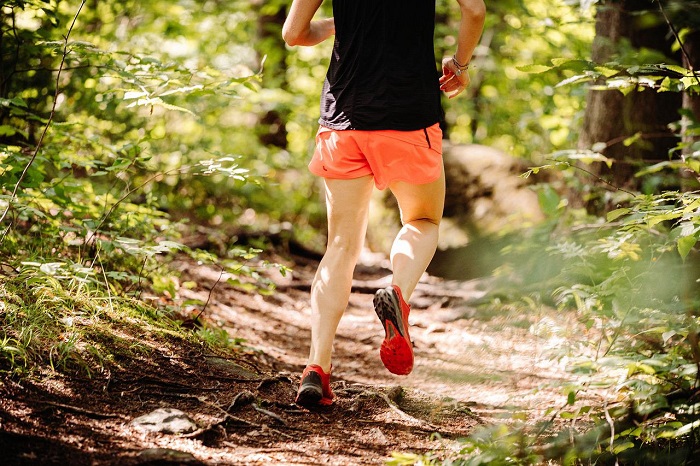 So what about this diagnostic injection? How could this possibly help? Well, it’s really simple. When I was in residency, I did a surgical residency, I did three years of surgical training. I did all kinds of different surgeries as part of my training. So even though I’m a foot and ankle specialist, we of course do other rotations where we do different kinds of surgeries. There was one rotation I was on with a guy who’s an orthopedic surgeon who primarily is a foot and ankle orthopedic surgeon, but he does lots of knee surgeries too and we did lots of knee scope procedures and sometimes it’s really obvious. There’s a crack in the bone or the cartilage is torn, the Meniscus is torn. There’s something that’s definitely wrong that’s a surgical target for repair.

But sometimes we would get in there and we’d be doing a scope and we’re looking at the screen. You’re using a camera in the joint basically, and looking at more or less a TV screen, a monitor to see what you’re doing in the joint and there wasn’t a real particular target that made sense.

One day I asked him, I said, “Dr. Johnson, what do you really think when you have these kind of cases where there’s no obvious pathology, but we’re doing a scope and we’re cleaning out the joint, looking for things that might be wrong and there’s nothing that’s really obvious. Why do you think these people get better?” and he said, “You know, what I think it is, is sometimes just because we actually go in and we flush out the joint as a part of the procedure, I think cleaning out the joint and removing all of these negative biochemicals and the things in there that are actually getting you stuck in an inflammatory response is what actually stimulates progress after the knee scope, more than the actual trimming, clipping, shaving, whatever.”

If your pain goes away in that spot, we know that’s where the trouble is at least and when we do a diagnostic injection and we take something like 1% lidocaine and we inject it into that joint where it’s been inflamed and irritated, it increases the pressure within that joint and it actually causes that stuff to diffuse away faster. And so the study in 1977, that showed that this can help athletes return to activity faster, may help in that exact way.

During the question and answer period in Seattle, after I finished my talk, I mentioned this and one of the doctors in the audience raised his hand and he basically said, “I always do that.” He said, “I do an infiltration of local anesthetic after these sprains and it seems to really push out the inflammatory component and get these people back to activity faster.”

So in that way, even though we call it a diagnostic injection, it could actually be therapeutic. It could actually help you get the inflammation under control and they get back on the road, back to running, back out on the trails a whole lot faster. So you might want to look it up. You might want to check it out, but it’s another thing you could mention to your doctor if you feel like you’re stuck after an ankle sprain and you really want to get back to running as quickly as possible.