Today on the Doc On The Run podcast, we’re talking about three unfair advantages in healing running injuries.

Every time I’m in the runner’s aid station where I answer questions for injured runners, I get people asking me questions about how to get an advantage. Now, everybody wants an advantage. Some people cheat, right? You know people who do this. In fact, one time when I was doing an Ironman race, at registration I had a guy ask me if I was doping. I was like, “What are you talking about?” Now, basically, there was a line for athletes who were in the All World Athlete category and I was an Ironman All World Athlete and what that meant really was, I don’t know, I did a whole bunch of races or something. I was relatively fast, not real fast but relatively fast, I suppose.

We got into registration early. So when we went to the events, we could actually get in a line where we got to kind of like a fast pass through the line, so we didn’t have to wait in that ridiculous line in the heat all day long to go get our registration packets and this guy in line actually asked me if I was doping and I was like, “Why in the world would I do that?” And he goes, “Well, you’re trying to get to Kona, right?” and I said, “Well, yeah, of course I’m trying to get to Kona. Everybody who’s doing Ironman who wants to do the world championships, well, that’s the whole goal. So yeah, I’m trying to get a Kona slot” and he said, “All age groupers are doping.” 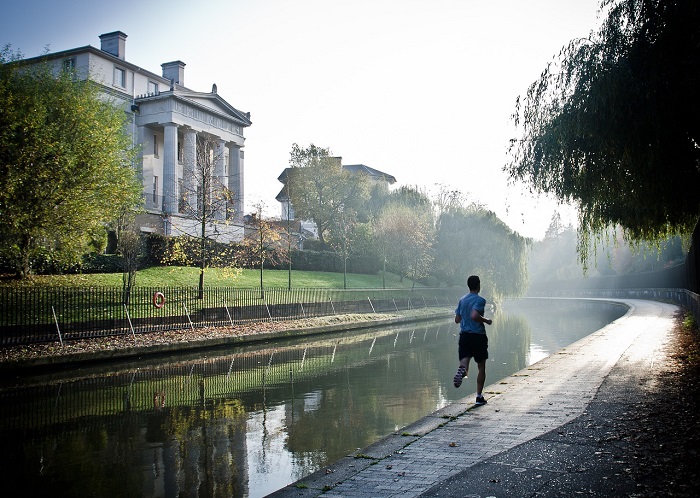 Well, first of all, I don’t think that’s true. I don’t think most people cheat but I guess some people who cheat, well, they think everybody’s cheating but not necessarily true. But I think it’s okay to look for an unfair advantage when you’re injured and you’re trying to get back to running and the truth is, is it’s actually really easy to do.

When I talk about unfair advantages, most people think the things I’m talking about are something like a bone stimulator, a device that’ll make stress fractures heal faster or a biologic injection like some kind of stem cell injection or PRP injection, something that’s expensive and fancy and technologically advanced or some kind of pill, something that’s just going to make you heal faster without effort and that’s actually not at all what I’m talking about here.

The three big unfair advantages that I’ve recognized runners are kind of missing over and over is that number one, you should try to get stronger, not weaker while you’re recovering. If you just sit around and do nothing for four weeks or six weeks or 12 weeks, well, you’re going to get weaker. You’re not going to get stronger. And you’re really talking about protecting one part while you continue to stay fit throughout this process. The second one is that you need to advance sooner rather than later.

You can’t wait until an x-ray shows that you’re healed before you start advancing activities and doing exercises that are going to support your running fitness. You would never do that in training. You’re looking for clues to see when is it okay for you to advance your activity so you can increase your running fitness.

Then the last thing is to take what you already know from your experience in training and apply it to your recovery when you’re healing. It’s the same thing; the way you protect your sleep, the way you eat, the way that you manage stress, the way that you actually work on balance and coordination and efficiency in your running form, you can do those things while you’re healing any running injury. So you just have to be specific in protecting the injured part while you do all of those things.

But if you really focus on those three things, it will give you an unfair advantage in recovering from a running injury and again, I’m not talking about doping like that idiot in the line at the All World Athlete registration. That’s not what I’m talking about. I’m talking about you ignoring the advice that’s given to normal non-active patients and instead thinking about advice that actually works for you as a runner who wants to run. That’s what will make the biggest difference for you.