Today on the Doc On The Run podcast, we’re talking about why you might need bone surgery for a plantar plate ligament repair.

Now, today we’re talking about why you might need bone surgery, when you have a plantar plate ligament repair and I’ve talked about this before in other episodes where you basically have four kinds of structures that you could consider having surgery on. You could have bone surgery, you could have ligament surgery, tendon surgery, or joint surgery and of course, when you have an injury to only the ligament, the plantar plate ligament, you might be wondering why in the world would the doctor want to do surgery on the bone as well? Is she just trying to make a Mercedes payment or something? Like what’s the deal? Why all these other procedures, and hopefully this series on each individual set of procedures, is going to help you understand those things in detail. So you can make a better decision when you’re considering surgery, if you really want to get back to running.

When you’re talking about surgery on the plantar plate, I think it’s helpful to draw some pictures here, but basically what you’ve got is your foot and the bone we’re talking about is the metatarsal bone. So the bone that goes out to the second toe, the second metatarsal is there. You have the proximal phalanges bone, the intermediate phalanges and the distal phalanges and then the plantar plate ligament, of course is down here on the bottom. It actually attaches and keeps the toe down against the ground by attaching on the bottom of that joint. So the bone in question here is in general, the second metatarsal bone and how do we know it’s the second? Because it goes to the second toe.

Okay, so let’s talk about which bone we’re actually going to be operating on, if your doctor recommends you have bone surgery for a plantar plate ligament repair. When you look at the foot and if we’re looking at the second toe where you have an issue with the plantar plate, it’s really the second metatarsal bone that’s going to be the one with the surgical procedure and then of course you have the three bones that go into the toe, which are the proximal, intermediate, and distal phalanges. What you also have of course is the plantar plate ligament that’s the structure on the bottom that actually holds this down against the ground and when it gets torn, you start having issues and that’s where all your pain is.

So your pain’s right at the ball of the foot, right where the plantar plate ligament is, and you start getting pain there. We know you have a problem and could even start to change into a hammer toe. We have bigger problems, but the surgeries are all here and there’s really three kinds of surgeries that we’re talking about. Now, the reason you would want surgery, first of all, on the bone is to do anything to decrease the stress and strain to the plantar plate ligament. That’s the name of the game here. You’re really trying to figure out what can you do to actually decrease the upward pull here. 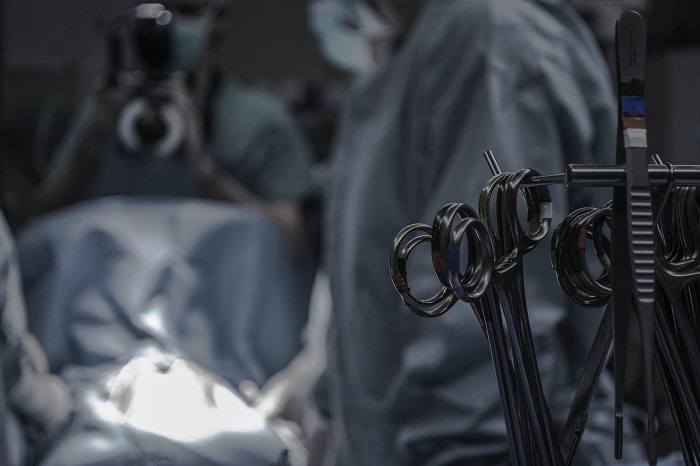 Let’s talk about that one first, by if you let’s say, for number three, if all you did was you went in and you removed this section of bone and you took that out and removed it. What would you do? Well, obviously this piece would go in this direction and then this is here that’s actually removed and shorten the bone in a way that decreases the stress on the ligament because it actually lets it not be as stretched out.

That’s the simplest concept to understand here. Now that’s, almost nobody does it this way because obviously if you’re stepping on the ground here, you’re going to push this piece up unless you wait forever for that to completely heal. So it’s not really done this way very much, but this is one of the things that you can decompress it and there is one procedure that some people will do that actually is fairly stable, that kind of addresses that issue alone. But here’s the other thing. There are basically three different procedures we’re going to talk about and so what we’ll do is we’ll draw a couple pictures of the metatarsal bones here in the same orientation. So you can understand these three procedures.

All right, again, we’re talking about the second metatarsal bone, the one that’s going to the second toe and the goal is to get the toe down on the ground and decrease all of the tension on the plantar plate ligament, where it attaches to the base of the proximal phalanges in the toe. That’s really what you’re trying to do.

The first thing we’ll talk about is a Weil osteotomy. Now osteotomy just means to cut the bone, basically. So it’s a big fancy term and your doctor probably charges by the syllable. That’s why that name. So Weil osteotomy is pretty simple, we take a saw and we actually come in and we cut the bone in this orientation and why that one is, is longer than we normally do it, but why? Well, you want it basically flat to the ground. So the more level with the ground, the more stable it is, because you’re going to step on it, right? So, if you step on it, it squeezes the place where it’s healing together. So what we do is we actually cut the bone and then we slide it in this direction and when you do that, it actually changes the position of the bone.

It’s now back here and we cut off that bit so that it’s not in the way, but that actually shortens the bone in the same way that this does, that decompresses it and it takes some of the stress and strain off of the ligament because now the toe can actually move closer to the foot because it’s going to move that much closer. And that decreases the stress on the ligament. So that’s a Weil osteotomy, after we move it in the right position, generally the surgeon puts a couple of screws across it. So your doctor, she might have told you that’s what that she’s going to do and that’s the way we would do it.

The second procedure is actually called a modified Weil osteotomy. Now it is similar to this procedure, but it’s modified. So what we do is instead of one single cut like that, we actually make one cut here and then a second cut there and what does that do? Well, it makes a V-shaped wedge of bone that we take out and we take it out and we push the toe up like this, push the foot up and then we put a little screw across it like that. Once it’s stable, what does it do? Well, it moves the bone up here like that that does two things.

It shortens it a little bit, but it also removes the bone away from the ground, so that decreases the direct pressure and stress to the plantar plate ligament, while also decreasing the strain or stretch of the ligament at the same time. So, now you’ve got less tension on the ligament, but you also have less direct pressure. So that does two things at once, when you modify and remove a little wedge of bone.

The next procedure is actually a thing called a floating V and this is less popular today, but you still might find somebody that wants to do it.  So a floating V is pretty simple. So if we look at your foot from above where this is the first, second, third, fourth, and so on, and you have the second metatarsal here, we actually make two cuts like this, a V-shaped cut and a V-shaped cut amd we then remove that wedge.

Now what you have is that you’ve removed this wedge, but it’s actually, you’ve got two kind of cuts here, but that actually, since it’s free now, this piece is loose. We can slide it up. So we slide it up and now it’s in a new position where it’s removed the stress and strain and it’s actually come back a little bit because we have to move it in this direction, obviously, put it back together. So now you’ve basically effectively removed that part of the bone. You’ve now shortened it and you moved it away from the ground.

So why is that important? Well, we talked about this in the beginning. So, when you shorten it decreases the amount of stretch in the plantar plate ligament and when you dorsiflex it, which means move up toward the top of the foot and away from the ground, that removes some of the stress and strain to the plantar plate ligament. So, although we may not have proof that that’s what caused your trouble, many times when the doctors recommend this procedure, they’re assuming that because the bone tilts down toward the ground and it was maybe too long, or maybe it had too much pressure on it, based on the way that we analyze the condition of your foot, the calluses on your foot, the wear pattern on your shoes, that sort of stuff. We assume you have “too much pressure” on that bone. So we want to move it away from the ground to decrease some of the pressure on the ground to that bone and the plantar plate ligament at the same time.

Those are basically the three procedures and the basics of those procedures. But if you’re considering surgery, you really want to ask the doctor lots of questions and make sure you know which one of these procedures you’re having before you schedule a second opinion. So, you should definitely get a second opinion before you have surgery, but it’s very valuable if you can compare what the doctor tells you in the second opinion to the first opinion, but over and over patients call me and they’ll say, “I saw a doctor. She said I have to have surgery. I want to know if I have said surgery?” I say what did she say she would do? And they say, “Well, I don’t know some kind of surgery to fix it.”

Well, the fix is very different, depending upon which combination of, not just these three procedures, but the whole four groups of procedures you could have to actually address it. So make sure you understand which procedure you’re going to have, whether or not you’re going to have one of these osteotomy or bone cut procedures on the second metatarsal.

That will really help you understand whether or not it’s a good idea and if it’s necessary for you. So check it out. If you found this valuable, if you like this instruction and you think it helped you understand it better, send it to somebody, share it, like it, do something so that it actually increases our ratings and helps other people find these demonstrations as well. So, thanks for watching and I’ll see you in the next training.