#546 Waiting for x-ray of stress fracture miss the window

Today on the Doc On The Run podcast, we’re talking about how waiting for an x-ray can cause you to miss your window with a stress fracture.

The worst patient, the worst runner to call me for a second opinion is someone who has been in a fracture walking boot or not running for 12 weeks or so. Why is that so bad? Well, number one, they’re extremely aggravated. They’ve seen at least one doctor, probably a bunch of times. They’ve probably had several x-rays. They’ve been waiting and waiting, maybe using a fracture walking boot, maybe kind of using a fracture walking boot, but they’re not getting better and they’re very upset about that and frankly, it’s a little hard to get them calmed down sometimes, but I understand it. I mean, I’d be really upset if I didn’t run for three months too.

Here’s the thing, when you look up stress fractures, if you just look up how long does it take to get back to running after stress fracture?  You’re almost certainly to find someone say, six weeks for bone to heal. Well, sort of true and that’s the thing we’re taught in medical school is this generalized timeline, but it’s not really accurate, could be anywhere from four weeks to 52 weeks. That’s a month to a year, but you have to think about what has changed during this period. You have to track your pain numbers. You have to pay attention. You have to make a plan and these are the things that are really crucial pieces. 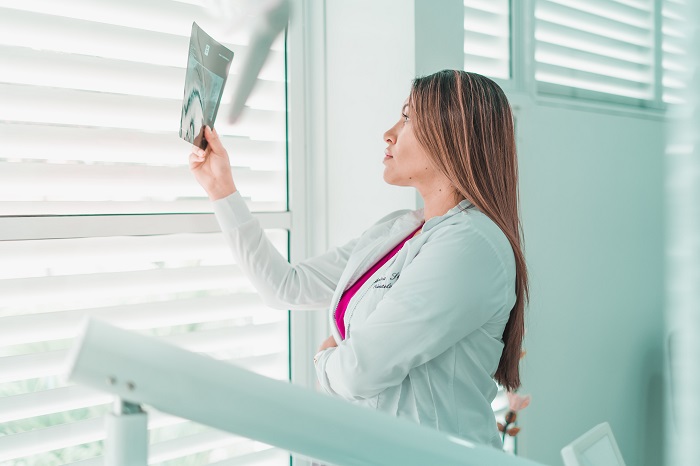 The pieces that these runners have missed when they call me for their second opinion, when they have literally missed their window to get back to running and maintain their running fitness is that they did not track their pain numbers. They did not do anything other than wait and I know that that’s harsh and it sounds really harsh when I tell them that.

But they’ll say the doctor said I couldn’t do anything. The doctor said I had to wait for it to show that it was healed on the x-ray, but you’re a runner and think about this. How many years, how many months, how long did you actually spend to get your aerobic fitness to actually get all of your running fitness to become well-coordinated? How much speed work did you do? How many long runs did you do? You really want to lose all that? You can’t, you’re going to miss your window to maintain your fitness. You can only go a week or two before you really start to have a precipitous decline in your running fitness.

So when you get injured, sure, it’s fine to completely rest for a few days, maybe a week. Even though you’re going to feel crazy. It’s not going to kill you, but after that, it starts to get exponentially worse. So during that window, when you’re actually starting to get some strength and stability in the tissue, no matter what the running injury, is when you should start doing more and more activity, making sure that you do not stress or strain that injured tissue enough to make it worse. That’s the crucial piece.

You cannot know what changed if you do not record it as it’s changing, what did you eat last Wednesday for dinner? Unless yesterday was Wednesday, you probably don’t know, but I’ll bet if you looked, you could figure out what your last long run was, how long you went, how long your pace was, how many miles you went, you know all that stuff, right? Because you recorded it.

If you have an injury and you actually write down your pain numbers as you’re going through this initial recovery phase, and you note that your pain levels are dropping when you’re barefoot, when you’re in bed, when you’re sitting, watching TV at the end of the day, the beginning of the day, and you write those things down and then you start to recover and those numbers are dropping quickly. You know you’re getting better when those numbers are dropping quickly, you should start doing more activity again, making sure you don’t stress that one injured piece of tissue, but stress and strain the rest of your running system to maintain it. That’s the key.

The people that sit around and they wait for weeks and weeks to get the next x-ray that proves to them that it’s actually completely healed and it’s okay for them to exercise, they miss the window. So don’t miss the window waiting for an x-ray. Figure out what you can control, figure out what you can do right now and then that way you will get back to running as quickly as possible.