#493 Why runners should always get a copy of X-ray or MRI image disk! - DOC

#493 Why runners should always get a copy of X-ray or MRI image disk!

Today on the Doc On The Run podcast we’re talking about why runners should always get copies of the x-ray or MRI imaging disk.

I was just on a call with a second opinion telemedicine visit for an injured runner and she’s had an injury that she actually had before. Unfortunately, that injury was that eight years ago. Now, when you have an injury and you go get x-rays, or even better, you’ll get an MRI or a CT scan, some kind of advanced imaging that shows more detail than the x-rays, you should always get a copy of that disk and this was a great example why.

We wanted to know whether or not this thing is actually in the same place, or if it’s in a different place, or if it’s actually a lot worse than it was before and the only way to do that is to compare it to the prior imaging study. So if you can look at the x-rays side by side and compare them, it gives you a lot of really useful information. If you have an MRI and compare them side by side, it gives you a lot of great information as well. But you can only do that if you have it.

It may come as a surprise to you, but in every single state, there are specific rules and laws that determine how long a doctor, or a imaging facility, or a hospital, or any medical provider has to maintain your records, and it’s not forever. So it can vary pretty well widely from just a couple of years to seven years. It just depends on the state you’re in. 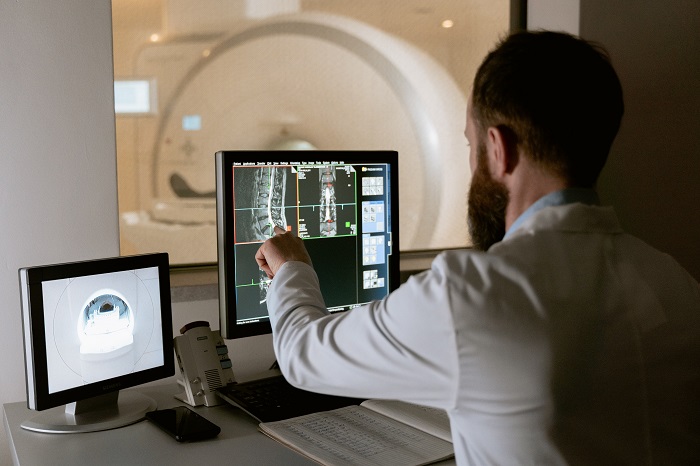 Now, I personally had tried to request my medical records when I was in medical school, and when I called the hospital, they said, we purged all those records. I was kind of shocked. I said, “Well, what do you mean you purged them?” And they said, “We get rid of them. We don’t have them. We don’t keep them forever. They take up space.” And it really, and truly surprised me. But it shouldn’t surprise you that much.

Now believe it or not with things like plain film x-rays where you get the big black and white sort of sheets that look like film, and the MRIs and the CT scans like that, that aren’t digital, but are actually the sort of old school versions of them, many hospitals will actually take those and when the price of silver goes up, they actually take the film and they extract the silver out of the film and make money from it. Now it’s not a lot of money, but every little bit helps when you’re running a place like a hospital that costs so much money to run.

So when the price of silver goes up, they typically go on these purges of basically getting rid of x-rays, and CT scans, and MRIs to get the money from extracting the silver. Many hospitals and doctor’s offices also have a program where basically once a year, they go through records and see if they’re required to maintain them anymore. When they’re not required to maintain them anymore, while they purge them, that means they delete them from their systems, or they shred them, or they take them to a place that incinerates and burns medical records.

I do telemedicine visits all day and the first thing that I do when somebody schedules a telemedicine visit, is I send an email to you telling you what I need from you, and letting you know that if you had x-rays or MRIs, you can send those images to me so I can look at them, load them into a viewing program. Then when I do your second opinion visit, I actually do a screen share where I go through all of those images with you so you can see what’s actually on them.

So get the disk, that way you’ll have it for future comparison if ever needed, and you’ll also have it on hand immediately if you decide you want to get a second opinion from somebody else. But make sure you get the disk next time you get x-rays or an MRI.