Now today’s podcast episode is number 484 and this reminded me of someone that I actually care a lot, who was incredibly helpful to me many, many years ago, and this is Fred Provis. He was a mentor of mine when I raced motorcycles. And the reason I wanted to dedicate this episode to him is that when we raced, as an expert, his number was 484. So I think it’s appropriate that this one gets dedicated to Fred. So Motorhead Fred, this one’s for you.

Today on the Doc On The Run Podcast, we’re talking about why you need to trust in a real expert.

Every day I have calls with injured runners and many times they ask me questions that actually remind me of things that I’ve learned in the past that I can explain to them, that actually help them understand what to do right now.

It’s interesting how many times I actually think of this guy that was my mentor when I was racing motorcycles. His name is Fred Provis and everyone called him Motorhead Fred.

Fred was an expert and he actually was sponsored by the same shop that ended up sponsoring me and the guys at that shop was, which was called Cycle Parts Plus, actually said, “You got to go hang out with Fred. Fred is awesome, he knows what he’s doing, and he will teach you and help you become a lot faster.” And at the time, when Fred started being my mentor, we actually raced together, we won championship together, an endurance series, and he taught me a ton. 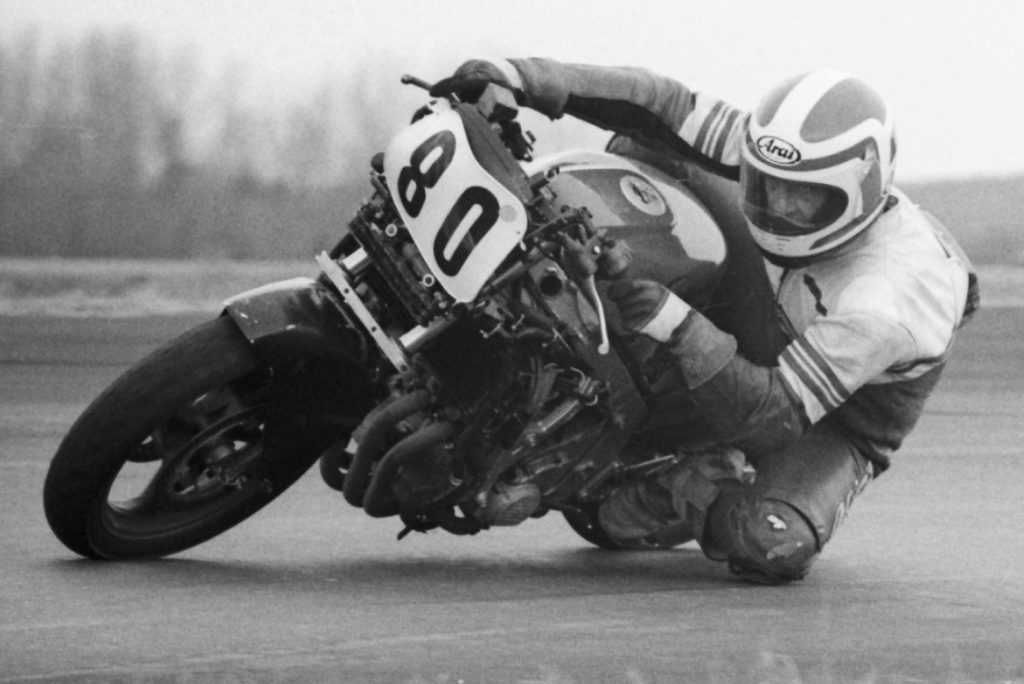 Fred Provis at Talladega Raceway, showing its more man than machine when it comes to racing.

Much of what I learned, truthfully, I would do things that Fred told me to do that I never would’ve thought about doing on my own because I trusted him. And so, when I got to be an expert, he would tell me things like, he’s like, “You need to drink less coffee, you need to eat a healthier breakfast.” And I was like, “What difference does that make?” And he is like, “Well, when you get to that level, everybody has basically the same machines, and everybody has basically the same skill level.”

He said, “The difference between winning and losing can be literally what you ate for breakfast.” It’s true, and he said, “You miss one shift in a gear and six people will go by you. So you have to really be on top of your game and you have to make sure that you’re maximizing every opportunity for advancement.” And that’s definitely true in running injuries.

The other thing is that when I was working with Fred and we were racing together, I remember this one specific time that we showed up in Memphis at the Memphis race track, which is very a fast track. He had told me, “If you go through this one corner,” he basically was watching me. He was standing on top of the truck watching me while I was practicing. And he said, “When you go through that corner, go in one gear higher.” I remember thinking, there’s no way I’m going to go through that gear in one gear higher and make it down the straightaway without running off the track.

And he said, “Listen, Bob. If you do that, basically just stay on the gas, upshift right before you leave the corner,” and he said, “you’ll slide all the way across the track and it’s going to feel like you’re going to die, but I promise, your tires will catch before you hit the edge of the track, and you’ll gain a lot of ground.” So I went and did it never, would’ve done that without his direction and I was a lot faster. I ended up getting trophies that weekend in the sprint races, only because of what Motorhead Fred told me.

Now, the reason that applies to running injuries is that I recently had a call with someone who was getting off of her crutches, and she said, “Well, I don’t really feel like I’m confident enough to do that.” I said, “Let me tell you this story about Motorhead Fred.” And it’s that thing, is that I trusted him.

I treat runners all the time and I’ve been treating runners for a long time and I don’t tell people to do things that I think are going to injure them, just like Fred was not trying to get me killed that day, he was trying to get me to win. And that’s what you need, is you need a real expert on your team who knows what they’re doing, and you’re able to trust them, so that when they push you to do something that’s going to get you back to running faster, you don’t have to feel nervous about it.