#351 Does my Achilles tendon need a PRP injection or Stem Cell injection? - DOC

#351 Does my Achilles tendon need a PRP injection or Stem Cell injection?

Today on the Doc On The Run Podcast, we’re talking about whether or not an injured Achilles tendon might need a PRP injection or a stem cell injection.

One of my best friends had a problem with his Achilles tendon. He was running. He was having pain at work. He was having pain while doing stuff with his kids. And then after months of him sort of having these brief discussions with me but not actually really going into it with any depth, he came to visit and he came to my house, he brought his kids, he was visiting and when I was looking at him it was really interesting because he said “Hey is this a problem?” and you could see this notable swelling and this lump around the watershed region or that part of the Achilles tendon that we know develops tendinosis and we know is prone to ruptures in people his age.

Obviously when I just looked at him when he took off his shoes and socks, I said “Yeah that’s a problem” and he said “Do I need a PRP injection or a stem cell injection?” and of course my first response was “What makes you think you need injection at all?” and he said “Well I listen to some of your podcast episodes and it seems like stem cell injection or PRP injection in that part of the Achilles tendon might really speed up the healing” and I said “Well that is true but it’s not necessarily true that you need either one of those.

And of course he said “Well what do you mean?” and I said “Look there’s really a simple five step process that you have to do when you have an Achilles tendon issue and you think that you might have tendinosis and you might need or benefit from something like a PRP injection or a stem cell injection but not everybody needs those procedures. They’re expensive, they’re invasive, they come with their own risks and if you don’t need it you certainly shouldn’t waste the time and money doing it.”

Of course he asked me “Well what is this five step process?” I said “Well look it’s in the Achilles Course for runners that I created. I’ll send you a link to it. You can get in there, you can go through it. I will show you all the stuff to do.”

But in short here’s the five-step process.

So that’s issue number one is that a lot of the discomfort you have in your Achilles tendon could be just caused by the swelling. If you remove the swelling the pain goes away. But that happens any time you get tissue damage. if you’re training and overstress the Achilles tendon and you get fluid in there. It’s going to hurt or feel uncomfortable for some period of time. If it continues to progress and get more and more swelling then you start getting more and more problems.

You can also have a significant injury in the tendon itself. You can have a split, a tear, a partial rupture, whatever you want to call it. You could also have tendinosis where you’ve had prolonged series of time where it’s been damaged over and over and over and you have degeneration of the tendon and that causes it to be lumpy and  thicker and also looks swollen.

You have to figure out step one, how much pain you actually have. So this is step one. When I was talking to him I said first and foremost before you think about injections, before you think about surgery, before you think about anything else to help your Achilles tendon you need to figure out how bad the problem is based on your pain level. So that’s step one, figure out how to assess your pain. That’s in the Achilles course, I basically sent him the link, he went through the process, he printed out the pain journal. He did the stuff I directed him to do in there and he actually knew exactly how much it hurt when he was sitting still, when he was squeezing the tendon, when he was running, all those things. Now he has a baseline, that’s step one get your baseline based on your pain.

Step two is then to actually do something to reduce the inflammation in the tendon itself. So if you remove all of the inflammatory fluid in and around the tendon then that changes things. So you just remove one of the components that actually causes pain in the Achilles tendon. And now you can get your new pain levels.

Step three is to basically go through step one again to reassess where you really are so that you know how much discomfort you have based on your pain level after you remove the inflammation. That’s a very short and simple process and once you do that you have some new numbers. 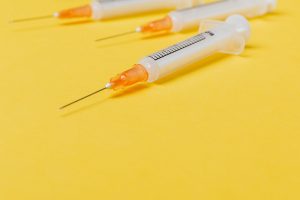 Then once you reduce the stress on your tendon then you know that you are going to have less pain when you do activity and you start to increase activity. So in this case with my buddy, his problem was solved. It seems like it was really bad and truthfully to me when I first looked at it. The amount of swelling he had, I thought he had to have tendinosis in there and he did not.

Almost all the swelling went away when he reduced the inflammation. He had very little discomfort when he reduced the stress. His numbers dropped off precipitously and he got back to running back to training. He had no more pain at work and the problem is completely fixed.

No stem cell injection. No PRP injection. No fracture walking boot. No cast. No crutches. No nothing. Just a simple five step process that actually got him better and moving again. So you really need to take the five step self-analysis process and figure out what’s going on with your over-training injury before you see a doctor and certainly before you call a doctor and ask about whether or not you might want to get a PRP injection or stem cell injection because not everybody needs that.

It’s expensive. It’s invasive. All of it has risk. It is less risk and certainly sort of more comfortable recovery than when you have surgery but you don’t want to do something that’s excessive if your goal is just to get back to running.

In many cases, if you follow  that five step process even if you have an issue with your Achilles tendon you can get back to running, get back to training without any sort of invasive procedure like a PRP injection or a stem cell injection.

So listen if you want to check out the Achilles tendon course for runners you can go and get it at www.docontherun.com, you can go to the self-help course section or you can go to this episode on the podcast there will be a link in the show notes.

Make sure you take the five step process and make sure you really know what’s going on, how much of the pain is caused by inflammation, how much of it is caused by stress, how much of it is caused by true injury or trouble like a tear or tendinosis and you can figure that out long before you go to a doctor and do a little experimentation that will definitely help you and your doctor figure out very quickly whether or not something more invasive like an injection might be helpful in your case. Go check it out on the website and you can go get it now.