#350 What is compensation from over-training running injury? - DOC

#350 What is compensation from over-training running injury?

Today on the Doc On The Run Podcast, we’re talking about compensation from over-training running injuries.

And of course, since you don’t think about it, you don’t really think it’s a very big deal, but it is actually pretty incredible that this happens. Now, when you get injured, when you get any kind of over-training injury, whether it’s a metatarsal stress fracture or a sprain of the plantar plate ligament, or a plantar fasciitis, or Achilles tendinitis or any other kind of over-training injury, something also incredible happens. You limp, you compensate, you remove all of the pressures and forces and friction that goes through that injured structure by compensating. And when we doctors talk about compensation, that’s what it really means is that we think of it as holding your foot in a position, manipulating your foot, moving your foot, stabilizing your foot, repositioning your foot in some way that actually compensates for the injury to remove all of the stresses that could further injure and aggravate that over-training injury.

Of course, you don’t think about it. You may notice that you limp and when you limp, all you really see if you’ve watched somebody who’s limping and you try to describe it, what’s really happening is that your foot is usually held in some unnatural position and you spend less time on the foot. So, that’s really what’s going on when you’re limping, you’re just holding your foot in an unnatural position so that you don’t put forces on that injured structure. 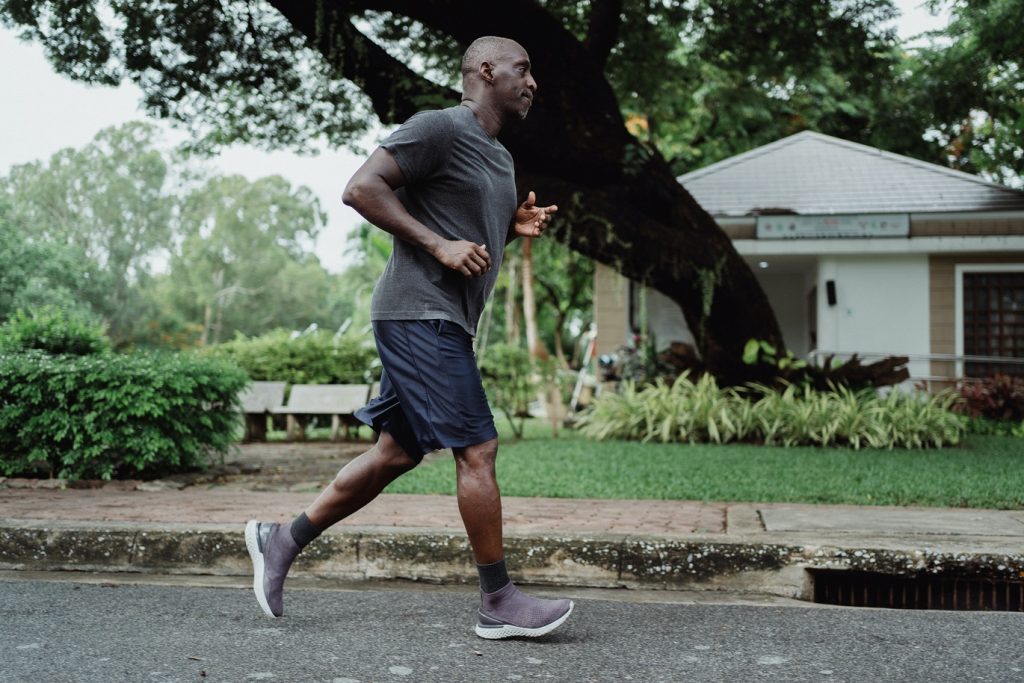 The position of your foot depends upon what’s injured. So, that is the only thing that varies with compensation, but the basic premise is the same, no matter what gets injured. Oh, somebody asked me the other day, whether or not compensation was good. And of course, when you get an over-training injury and that first starts, the compensation is a good thing. But what happens and the serious problem that occurs in runners who have over-training injuries is that you develop what we call a compensatory gait pattern, and all that means is that compensation becomes a habit. It becomes something that you do all the time instinctively, and then it becomes a real problem.

And the reason compensation is a problem is that if you think about holding your foot in an uncomfortable and natural position, what you’re doing is you are strengthening one thing and you’re stretching and weakening something else. And if you do that for any extended period of time, it becomes natural for your foot to sit in that position. When you get a neck injury or back injury, a lot of times the doctors will give you specific exercise that strengthen the muscles that hold you in a better position, and that’s a way to rehab from bad posture. And the problem is, is that you’re essentially developing bad posture when you’re compensating for a long period of time, because you have a running injury it’s not getting better. And that’s one of the basic things that I teach in all of the different courses on self-diagnosis and self-treatment like the metatarsal stress fracture course, the plantar plate spring treatment course, and the runner’s heel pain course.

The deal is that you have to figure out what’s wrong. Make sure you have the right diagnosis and then understand how it is that, that problem is causing compensation. That is helping you initially, but hurting you long-term when you returned to running. Because one of the ways that you can actually fail treatment as a runner is to heal the initial injury that you have, let’s say that’s the second metatarsal stress fracture. You heal the stress fracture, but then you get back to running and you develop fifth metatarsal, metatarsalgia, or peroneus brevis insertional tendinitis. You develop some other condition that is a direct result of the compensation you developed when you were protecting that damaged metatarsal during the initial phases of stress response, stress reaction, and then the stress fracture that ultimately happened.

So it’s really important that you understand how to stop compensating and do exercises and employ some tactics to try to undo that compensation if you want to get back to running and you want to get back to training without developing a different over-training injury later. It’s easy to do, you just have to pay attention and then take the right steps to make sure that you stop that compensation once you don’t need it anymore. At that point, it’s really just a bad habit that you need to undo.

Give me 3 days and I’ll show you how to Fast Track Your Injury in Record Time! 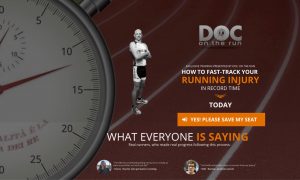 Enrollment is open only for a short period of time. Grab your seat NOW!

I’ll see you there!