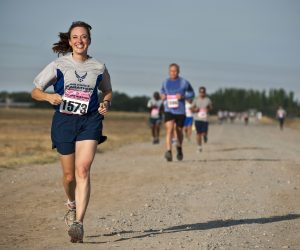 Today on the Doc On The Run Podcast, we’re talking about how lack of discipline causes running injury.

This episode is probably going to rub a lot of runners the wrong way.

For most people who are runners, we feel like and we believe that we have lots of discipline. We do what most people will not do, and that’s why we can run and we can do events and finish them successfully.

That’s why I say this is going to bother a lot of people, so if you’re offended by this, I’m sorry, but you have to really think about the reality of it when you’re injured. When you get a running injury, you have to identify every single thing that could be contributing to your running injury. You didn’t get injured because you’re disciplined. You got injured because you slacked off.

A lot of doctors will take offense at this too. They’ll say, “Well, no, runners actually run themselves into the ground, and running causes running injuries. They run too far, they run too much, and they hurt themselves. That’s why they need to stop running.”

The training plan is just a schedule of workouts, but you have to sleep every day, you have to make sure you do something to mitigate the accumulation of inflammation in your system when you’re executing that training plan. That all takes discipline.

If you trained too much, so to speak, and you blew it on your recovery after some of those training things, and you accumulated inflammation, you accumulated too much stress, and then you got injured, you have to deal with that injury. If you’re not recovering quickly, it’s because you lack discipline. You’re healing slower than you could because you’re failing to recognize the steps you could take to heal faster. 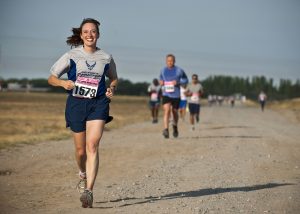 The truth is that every single one of them lacks discipline. They’re just not putting in the effort to figure out those additional steps they could take to heal faster. If you want to feel faster, you have to look for the work you can do right now. That’s the problem is that doctors tell runners the opposite. We tell everybody, “Just cut back. Just stop. Don’t move. Just rest. Just heal. Just recover. Just take care of yourself.” That’s not really recovering. That’s just waiting for some magical passive process to take place.