#197 The only 2 times a metatarsal stress fracture needs surgery 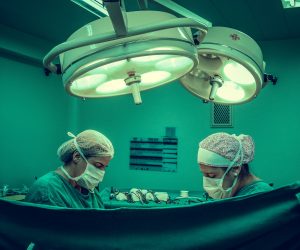 Today on the Doc On The Run Podcast, we’re talking about the only 2 times a metatarsal stress fracture needs surgery.

If you’re a runner and you get a metatarsal stress fracture, you’re probably really frustrated because you went to see a doctor and they told you,

“You have to sit still.”

”You have to stop running.”

You’re going to lose all your fitness. You’re just going to turn into this big fat slob who’s never going to get back to running.” I know that probably freaks you out. Even worse, you may have been told you actually need surgery for your metatarsal stress fracture. 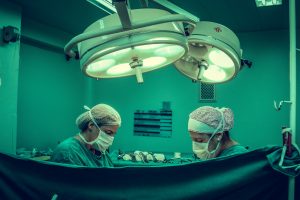 I’m a surgeon, I’m surgically trained. I did a three year reconstructive foot and ankle surgery residency and every single time a patient has called me I look at them and I believe with 100% certainty they need surgery, I actually tell them they have to get a second opinion before I will operate on them. That part is crucial. You should never take anyone’s opinion is a fact when you need surgery. Surgery is as serious as it gets so make sure you get a second opinion.

The bone is broken. There’s a crack in the bone and it is not going to heal so that’s the two things that have to happen first. You have to break it and then you have to understand that if you don’t have surgery the metatarsal bone will not heal properly without surgery. That leads us to the two times a metatarsal stress fracture actually does need surgery.

A crack in the bone is not justification for somebody to cut your foot open and put a plate and a bunch of screws on it, you don’t need that most of the time. Most metatarsal stress fractures will heal without surgery but there are two cases when you really might need surgery.

The first case is when the bone is displaced. A displaced fracture is just the doctor term for the bone has moved and there’s a gap between the two pieces of bone. In general, if you have a gap of two millimeters between the two ends of the bone where the bone is fractured and broken, then that’s what we call displaced.

In that case, if we cut your foot open, we put the ends of the bones back together and stabilize it with a plate and screws or wires or whatever, then it’s more likely to heal quickly because your body has to do less work. That’s the first case. When you have a displaced metatarsal fracture where the metatarsal bone is broken and it’s a couple of millimeters or more apart, you might need surgery. 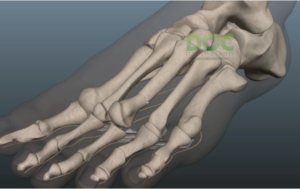 Stress fracture breaks and moves out of position

All of the bones in your feet are there to support your weight when you run. If the bone is crooked than the bone is either not going to be touching the ground or it’s going to be pushing on something else whenever you run, that’s not really complicated. If you look at an x-ray and you can tell that the bone is crooked, it’s completely shifted and been pushed out of that position and it’s in the wrong place, you want to put it back in the correct place before it heals. In most cases, that means surgery.

Again, just because the bone is displaced and crooked and a doctor shows you an X-ray that looks really frightening to you, always get a second opinion before you have surgery on a metatarsal stress fracture.