#642 3 steps every injured runner is missing

What are the three steps every injured runner is missing when they call me and ask for help? Well, that’s what we’re talking about today on the Doc On The Run Podcast.

Today in this episode, we’re talking about three mistakes I see almost every runner make when they call me for help. Now, let’s be clear, people do not call me when they’re on their run and they first start getting pain. They go see their doctor, or they talk to their running buddies, or they look up some stuff online and they get a rough idea of what’s going on.

They try some things, and then for whatever reason, they’re not getting better. By the time people call me, they’ve usually seen two or three doctors, they’ve wasted weeks and weeks, sometimes months of wasted effort, wasted time. They’re not getting any progress, they’re still not running, they know they’re losing their fitness, they get frustrated, they call me, and then I’ll walk them through the process of figuring out what their goal is, figuring out what their timeline is, figuring out how bad the injury is and what they can do to salvage their running fitness right away.

Figure out your goal 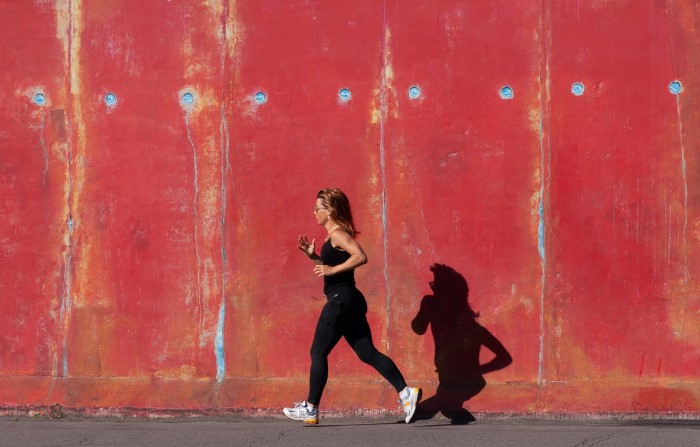 So the three mistakes I see people make are, number one, you get injured, you go to the doctor and the doctor tells you your problem is a stress fracture, or your problem is Achilles tendonitis, and you, just like the doctor, get focused on the injury and you lose track of everything that actually matters to you as a runner. So mistake number one is that you do not figure out your goal. You’ve forgotten about your goal and for me personally, right now, the next event I’m signed up for is the Hood to Coast Relay Run. That’s a goal. So if I got injured, I would have to remember and keep in the forefront of my mind that despite the injury to my foot, I need to be there for my team at the Hood to Coast Run in August. And I would be there, I promise.

But I would stay very focused on that goal. That means that I would not want to lose the running fitness I have. I would not want to stop getting stronger, but I still would let that injury heal. You got to figure out how to do that, but you got to know what your goal is. And if you just say, “My goal is to get my foot better,” no problem. Stop exercising, don’t do anything fun, sit around and wait, and eventually it will be better, but you will not be a runner anymore. So mistake number one, not figuring out your goal.

Figure out the severity of the injury

Mistake number two, you don’t figure out the severity of the injury. And that sounds a little silly, but most of the time when people go see a doctor and they say, “Well, my doctor said I have a stress fracture,” and they don’t even know, is there a crack or is there no crack? There’s a big difference between a bone with a crack and a bone without a crack. You don’t have to be a doctor to figure that out.

There’s a big difference between when somebody has a little tear in the Achilles tendon or a big tear in the Achilles tendon. These are really important things to notice. It’s really important, if you have an over-training injury to realize it is a stress related injury, and you have to figure out how severe it is on that continuum of injury if you want to get better quickly. You cannot fast track the process if you don’t know where your actual starting point is. You’ve got to figure that out. So mistake number two, figuring out the severity of the injury.

Then mistake number three is figuring out how you’re going to get from where you are to where you want to be. How you’re going to get from where you are in your phase of your injury and back to running, that’s going to actually meet your goals in the quickest possible time. That’s the third mistake. Why? Because you’ve forgotten your goals. It comes back to the other two things. You don’t know really where you are, that’s the severity, and you don’t know where they’re going because you’ve forgotten about your goals. And you cannot get from point A to point B if you don’t have a starting point and an ending point.

You’ve got to think about these three things. So right now, think about this. Write it down. What is your goal? What is it that you want to accomplish? And I’m not talking about your foot pain going away. I’m talking about what event are you signed up for that you think you’re going to miss, but might be able to do? What is an event that you would like to do but you think you can’t? Those should be your goals. How bad is your injury? How do you know how bad it is? Write those things down and then try to figure out what is your plan? How can you get from point A to point B?

That’s how you have to get through this process if you want to get better as quickly as possible. Now, if you want some help figuring that out, it’s really simple. You can go to docontherun.com/fasttrack and it’ll give you a bunch of options and ways that I can actually help you figure this out quicker. You can either talk to me personally or you can figure it out on your own. I really don’t care. But you’ve got to do something. If you’re not making progress, don’t just wait for some miracle. It’s not going to happen. Faith moves mountains, but you got to carry a shovel. Go to docontherun.com/fasttrack and I’ll see you there. 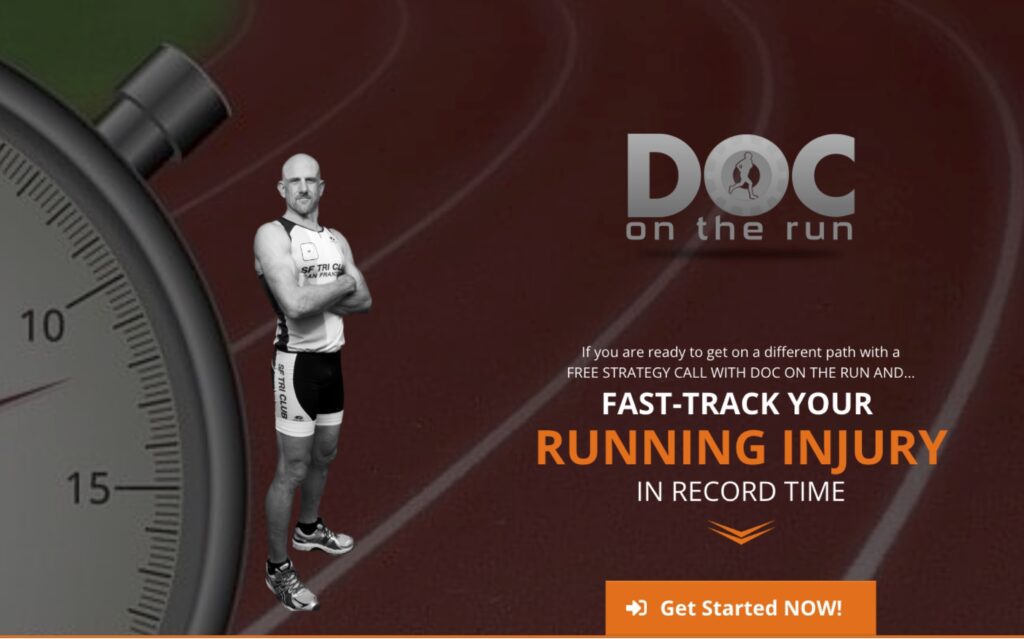