#641 Do I recommend ankle braces for runners? - DOC

#641 Do I recommend ankle braces for runners?

Do I recommend ankle braces for runners? Well, that’s what we’re talking about today Doc On The Run Podcast.

In today’s episode, I’m going to talk about whether or not I use braces and what circumstances I would use braces for runners, and this is usually people that have had an ankle sprain. Could be for other conditions, but this is mostly about ankle sprains in runners. Now, I was giving a lecture just a couple weeks ago at the Heartland Podiatry Conference in Des Moines, Iowa. They asked me to come and give some talks to their groups of physicians who are mostly from Iowa and Kansas, very large meeting. At this meeting, those doctors are actually getting their continuing medical education credits and they’re supposed to figure out some new techniques or new ways of thinking about things that can help them with their patients in their practices.

I was actually asked to give an entire Doc On The Run session one day where I gave five lectures back to back all on running injuries and how to do things differently. This question came out of what’s called conservative management of ankle sprains in runners who want to run. I explained to them, this is not for ankle fractures where you need to fix them, this is for people that it’s not broken, it’s not really unstable, but they still want to run and you’re concerned about that and they don’t know if it’s safe or not.

Now, in this lecture, basically what that session was supposed to do is to help foot and ankle specialists understand the common pitfalls of ankle sprain diagnosis and treatment in the injured but active runner, not people who don’t want to run, but people like you who want to get back on the trail, back on the road and continue running. I was also going to talk about some things in terms of x-rays and MRIs and imaging, some pearls that I’ve learned over the years that help these specialists avoid misdiagnosis of these injuries, also why is this important? 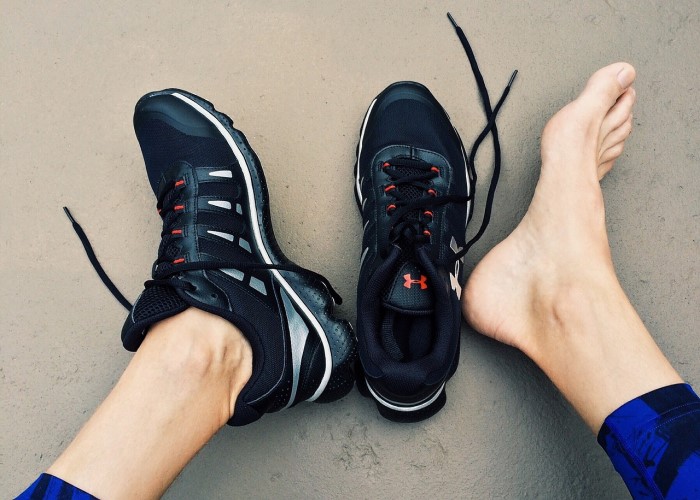 I was teaching them my approach that I actually use with runners when they get an ankle sprain so that they can, number one, get it to calm down as fast as possible. Number two, make sure that they don’t get another ankle sprain later and in addition to that continue to run, continue to maintain the running fitness while they’re recovering from the ankle sprain. At the end of that session, a doctor raised his hand and he said, “Do you use gauntlet-type ankle braces?” And what that is it’s basically a lace up ankle brace one that wraps all the way around your ankle that we know can provide a lot of stability and they’re probably the most commonly used after ankle sprains because they really do protect you from rolling the ankle again later.

Well, that’s a great question. So what I told him was that most of the time I actually do not do that. Now I have them, I actually carry them with me, I have a whole bin of them that I can take to when I see a patient, but I don’t use them in the classical sense. Most doctors will say, “Well, if you can run with this, it will protect you and so on.” So reason number one is that the ankle brace, it really does limit all of your motion in your ankle a lot. And so you’re basically fighting the brace. When you do that, it can actually wear out the skin pretty quickly. So if you put on one of these braces and you go run 20 miles, granted you’re probably not going to roll your ankle again, but you may get so much abrasions and scrapes and stuff from the brace that you can’t really run anyway. So that’s reason number one.

Reason number two is that I think that if you’re careful and you do some other things, you can actually get the same amount of stability or even close to it without that sort of restriction. That restriction costs you because when you lock up the ankle and you take away the motion at the ankle with a brace that’s holding it still, that motion has to happen somewhere else. It’ll happen in the midtarsal joint in your foot or it’ll happen in your knee or your hip, but that motion goes somewhere else and that excess motion on those other joints can make those things hurt too, which is also not really going to help you if you’re running.

The time when I do use those braces is actually when somebody maybe they don’t actually need a fracture walking boot, it’s not that bad, but it’s close. An ankle brace might be a good interim solution to protect it and hold it still just in that early phase of recovery to make sure you don’t injure it again. I also often tell them that if they’re wearing a fractured walking boot that they could at some point just sleep in the brace instead of a fractured walking boot so that they don’t roll over and actually hurt the ankle while they’re sleeping. But short answer is I don’t use them for runners the same way that many doctors do. I don’t often put runners in them and say, “Yeah, just use this. You can go do your long race this weekend. Just wear this brace and run a marathon.” I think that’s a terrible idea. I use them for protection, I use them as an alternative sometimes for a fractured walking boot, but I don’t generally use them for running.

If you enjoyed this episode, you might find it really interesting if you come join me in the ankle sprain master class, is where I take a deep dive into actually all that stuff I taught the doctors at that conference in Iowa where I actually teach them the very specific things that I do and why I do those things in my practice with runners. If you want to check it out, you can go to docontherun.com/anklepain and you can find the link there. You can join it, you can come check it out, and I’ll see in the training. 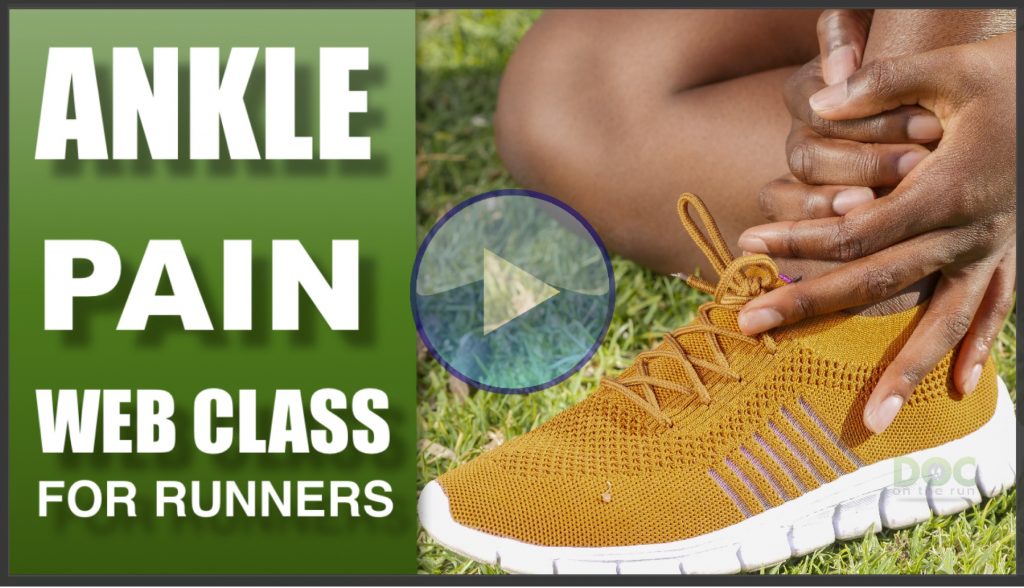