Today on the Doc On The Run podcast, we’re talking about the only two times a cortisone injection makes sense for an injured runner with a plantar plate sprain.

If you’re a runner and you got a plantar plate sprain, and you’re probably really bummed out and you should be. This is, unfortunately, one of the most difficult injuries to get better quickly and make sure that it doesn’t come back when you’re actually running.

Now, most of the time, when I do second opinions for runners with this problem, they will ask me, “Should I have a corticosteroid injection? Should I have a cortisone injection? Should I get an injection of some kind to calm this down so it’ll stop hurting and I can just run.” Well, the short answer are there are two times when it makes sense to get cortizone and it doesn’t make sense most of the time.

So just to let you know, my position on this, the overwhelming majority of times when I see runners who have a plantar plate sprain I do not inject them with corticosteroids and I think this episode will help you understand why. But there are two times when it does make sense.

Corticosteroids are the best thing that we have and cortisone injections are one of the best tools that doctors can use to actually stop inflammation with a joint when you get an injury, like a plantar plate sprain. Problem is it’s also one of the best things to break up collagen bonds and your plantar plate is made up mostly of collagen. So if you have a little tear in the plantar plate and you inject it with corticosteroids, it can make it weaker and actually halt your progress of healing and then delay your actual real return to running. But there are two times when it does make sense. Let’s talk about that.

The first one is when you have a race and not just any race, but a race you cannot miss. What does that mean? I’m not talking about any kind of race, when you have a really valid reason why you say, “Well, I have to do this race.” Okay, if you say, “I have to do this race because I paid an $850 entry fee for the Ironman Race.” Well, $850 is not a good reason to actually debilitate yourself permanently. So just because you paid an entry fee and you’re signed up and you’re going to be embarrassed because you didn’t start, that’s a bad idea. 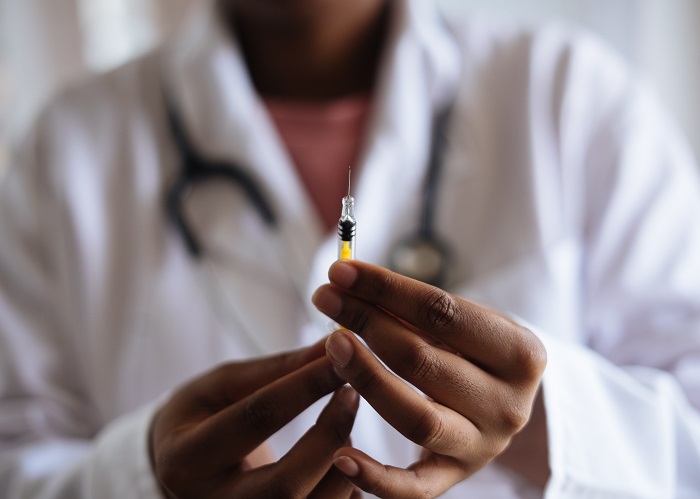 The second thing is when you say, “Well, I have to do this race so that I can do this other race because this half marathon is a training run for my real marathon and I’m going to try to qualify for Boston.” Okay, if you have a plantar plate sprain and you inject it with corticosteroids to make it not hurt so that you can train a little bit more and then go do a half marathon. But during the half marathon, you actually tear that plantar plate more, that is not going to make it more possible for you to qualify for Boston a few months down the road.

Now, having said that there are some circumstances where it does make sense and where I have injected runners to actually get this to settle down, calm down so that they can actually do a race. Let’s talk about those. Well, let’s say you have been trying to get into the Western States 100 for many, many years, and you’re actually truly burned out on ultra marathons and you really don’t want to do lots of more ultra-marathons and you want to do Western States 100. It’s a lifetime goal for you. You finally got in after many years of waiting through the lottery and you’re going to go do it and your foot is just now after many, many, many years of running got a plantar plate sprain. But you know, it could mess you up, but you might have to have surgery later. Well, that might actually make sense.

Another one is, this is a real story. I saw a woman who actually said that she had signed up for a marathon to prove to herself and all of her friends that she had beat cancer. That she had finally taken this thing and actually put it behind her. Even though she’d had surgery that made it very, very difficult to run, she actually started running to prove to herself that cancer was not going to beat her. Now, this was a very emotional story when she told it to me and of course she actually also told me, she said, “Truthfully, I don’t even like running, but I signed up for this LA Marathon because I wanted to prove to my family and to my friends that I beat cancer.” And she started crying and said, “They’ve all got hotel rooms, they all booked flights and all that kind of stuff.” I said, “You’re right, we should just inject it and if it gets worse, big deal, you don’t like running anyway.” Well, that makes sense.

If you spent your whole life trying to qualify for Boston and you finally got in and you want to go do Boston and you don’t want to miss your opportunity, okay, well that might make sense. For me personally, it took me nine years to get a slot for Ironman Hawaii. Well, I wanted to do that my whole life and it turns out I didn’t have a plantar plate sprain, but I got pneumonia and the day before I left for Hawaii, I got a chest x-ray and my doctor is looking at it, shaking his head, going, “Chris, this is a terrible idea” and I said, “Yeah, and you and I both know I’m going. So your job is to get me through this race in one piece, hopefully not dying on the course, but I’d rather die on the course than spend another nine years trying to get a slot for Hawaii.”

So if you have one of those kind of can’t miss races, it might make sense for you to have a corticosteroid injection or a cortisone injection to calm it down and just make it through the race and then deal with the consequences later. But remember, it is about consequences. You can do anything you want, but you have to be prepared to pay the consequences.

Only Capsulitis or Synovitis and not Plantar Plate sprain

The second option is where it’s not really and truly a plantar plate sprain, it seems like it, but it’s really mostly what we call capsulitis or synovitis. These are kind of the same thing and what it means is that when you look at the metatarsal bone, let’s say at the second toe, then you have the proximal phalanx bone and the intermediate phalanx and all that kind of stuff and this is right at the ball of the foot, not your toe out here, that’s the nail.

When you have the joint capsule here and you have the plantar plate, which is a thickening down here, but what’s really inflamed is the lining of the joint and the lining of the joint is all swollen and kind of pooching up into the joint and you’re having pain because it’s getting pinched and squished and irritated when you’re running. Well, if you inject corticosteroids in here to calm down the inflammation on the inside of the joint, that makes a lot of sense to me. But you would want to confirm that you don’t actually have a tear in the plantar plate ligament on the bottom because if you have a tear down here and you inject corticosteroids in here and it diffuses down here and weakens that stuff and makes the collagen and the plantar plate weaker, it’s more likely to tear and get worse.

So if you can confirm somehow that you for sure don’t have an actual tear in the plantar plate, but it seems like it’s mostly inflammation of the synovial tissue on the inside of the joint, then it can make sense. But those are the only two times, I think it makes sense to do a cortisone injection in a runner with a plantar plate injury.

If you haven’t checked it out yet, go check out the Plantar Plate Masterclass. That’s a deep dive I do into all the things you really have to think about when you’re a runner with a plantar plate injury, and you’re trying to get past it, maintain your fitness, and get back to real running as quickly as possible. Go to docontherun.com/plantarplatemasterclass and you get it for free there. I’ll see you in the training.