Is it plantar fasciitis or insertional Achilles tendonitis? That’s what we’re talking about today on the Doc On The Run podcast. 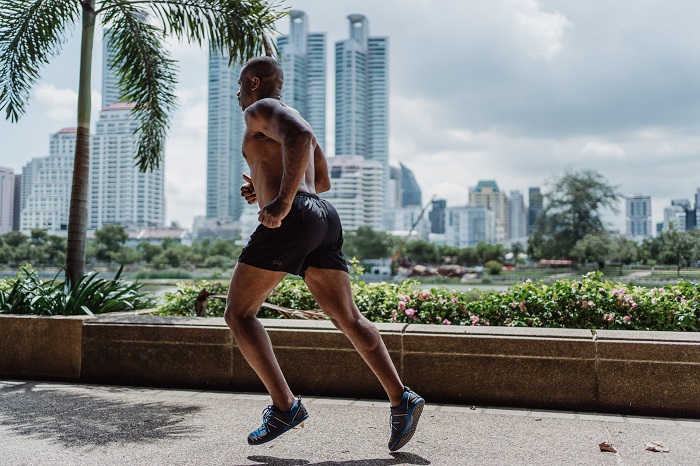 Insertional Achilles tendonitis is where the Achilles tendon attaches or inserts to the back of the heel bone and so all kinds of people are making all different recommendations, all specific to those two things. In fact, the person that posted this actually said, well, the doctor that told me I had plantar fasciitis said, I should do these things. A chiropractor who I saw, who thought it was tightness in the calf muscle said I should do these other things. As is typically the case with runners, when they’re told they might have one thing or might have something else, and you even get different diagnoses and sets of treatments for those diagnoses from different doctors, you get really confused and then you don’t even know what to do.

No question, if you have the wrong diagnosis, if you think it’s plantar fasciitis, but it’s really insertional Achilles tendonitis, you’re not going to get better and get back to running very quickly. So it’s really important to think about the things that are in that area that could be causing the pain and then figure out whether or not you can get that thing quickly improving so that you can run sooner.

We of course, as doctors have names for everything. The specifics aren’t important, but it’s the biggest bump on the bottom of the heel and when we look at you and we push on your heel, like how I show you to do in the Runner’s Heel Pain Course. Well, that’s where it typically hurts. So if you have pain right at the insertion or attachment point of the plantar fascia of the bottom of the heel, then it’s probably plantar fasciitis.

That’s different than this sort of transition where it goes from the bottom of the foot to the back of the heel. Plantar fasciitis does not hurt there. It really doesn’t. Even though when you look it up and you read that some of the fibers of the Achilles tendon wrap around the heel and are contiguous with and blend in with the plantar fascia on the bottom of the foot, well, it makes you think that you could have plantar fasciitis all the way around the back of the heel. It just doesn’t work that way.

So the second thing is insertional Achilles tendonitis, and this is where the Achilles comes down and attaches to the back of the heel. That typically though does not just hurt way down on the bottom where it curves around, that’s different. So it usually happens a little higher up than where this person was indicating, based on the image that was posted in the forum.

The second thing is medial calcaneal neuritis. Now, you have a nerve that actually curves around the side of the heel bone, and it can be further back than where the plantar fascia actually is and higher up. So it might be neuritis where the nerve that goes around that area is actually causing discomfort.

The other thing it could be is infer calcaneal bursitis and bursa is a little fluid-filled sack, and you have one on the bottom foot. When you get infer calcaneal bursitis, it is further back toward the back of the heel bone, toward where the Achilles tendon is, but it is on the bottom of the heel. If you find it, you push on it and you find it in the spot where we know the bursa is located, well, that’s bursitis.

Make sure you figure out which of these things is actually causing the problem. And then you can pick the things that you think are going to be right for you to help you get back to running as quickly as possible. Now again, go check out the two reasons why some runners with plantar fasciitis don’t get better. So even if you have plantar fasciitis or Achilles tendonitis or something else, it’ll be helpful to figure out what to do, make sure you get on the right path, and move down that path as quickly as possible. Go check it out and I’ll see you in the training. 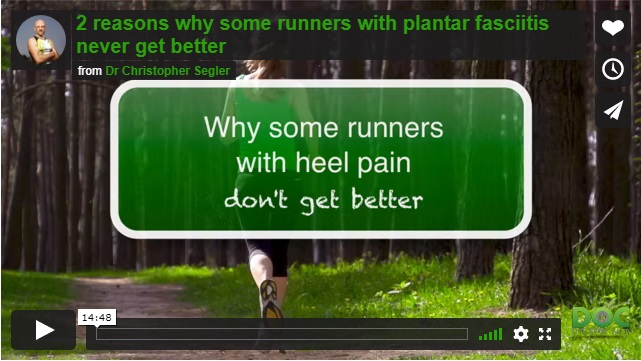