#533 What is a grade 5 metatarsal stress fracture?

What is a grade 5 metatarsal stress fracture? Well, that’s what we’re talking about today on the Doc On The Run podcast. 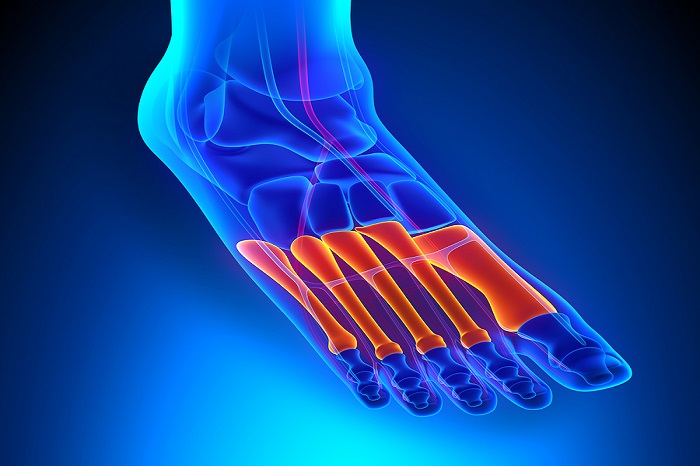 In that odd position, when it’s displaced, when it’s moved apart, it’s a lot harder for your body to heal it. Now, if you’re continuing to walk on it, run on it, whatever, while it’s out of position, it’s not going to heal. Then eventually what happens is, the ends of the bones get closed off with scar tissue, or bone that can really prevent it from healing at all. That’s when you get a grade 5 stress fracture, which is a non-union of a prior stress fracture.

It was a stress fracture, but when it becomes grade 5, you have radiologic evidence, like sclerotic bone, hard bone, covering at the end of the bone, or a shape of the bone that implies that it’s covered with scar tissue or something that tells us it’s not healed, and it’s probably not going to heal unless we do something drastic. So, if you have a grade 5 stress fracture, you’ve got to do something.

Certainly, you want to follow your doctor’s advice. Sometimes surgery is necessary. Sometimes something like a bone stimulator, coupled with some strategies like taking pressure off of it, and not walking on it, immobilizing it, those things can sometimes get it to heal, but those things often take a long time.

Grade 5 stress fracture is serious, in that it becomes a non-union. Now the good news is, believe it or not, is that sometimes when you get a grade 5 stress fracture, and you have lots of scar tissue between the two pieces of bone where it’s stable, and it doesn’t hurt, and it’s become what we call a non-painful non-union, you can actually run on it, train on it, and not have any issues.

I also saw a woman one time where I took an x-ray of her foot and she had a grade 5 stress fracture of her second metatarsal, that she had had for over 50 years and she’d been playing tennis several days a week, for decades, and didn’t even know it was there.

You can get enough stability sometimes, that it’s not an issue, but if you have pain, and you have a grade 5 stress fracture, that’s a real problem. So, follow your doctor’s advice. But like I said, if you think you have a stress fracture, and you’re trying to figure these things out, go check out the stress fracture masterclass. Just go to docontherun.com/stressfracturemasterclass, and you can get it there for free. I’ll see you in the training.