Today on the Doc On the Run podcast, we’re talking about the three ways plantar plate injuries occur in runners.

All right, now today’s episode actually comes from a question sent in by Shay and Shay said, “I have a plantar plate complete tear and I had surgery on my left foot in October 2019.” So that was a couple years ago. She says, “I’m running with some new issues in the right calf, but the main thing I want to learn is how this injury occurs. I’m really afraid of it happening to my right foot.”

Now that’s a completely reasonable concern and if you think about this, you’ve got to understand the three ways plantar plate sprains really do happen in runners. So I talk to injured runners all the time. I lecture at medical conferences, teaching doctors what I do with runners who have these plantar plate injuries and Shay is reasonable to be concerned about this.

She already had surgery and part of the assumption, based on what she wrote in, was that she doesn’t have to worry about getting an injury on that foot again. Well, if you take the ligament and it’s torn and you have surgery to repair it, you shorten the metatarsal, you sew up the ligament, whatever the surgeon did, the chances should be lower that it would happen again if they correct the original deforming force.

But if the surgeon just simply stitched it back together and everything was more or less as it was before, well, then you might actually still be prone to getting that injury again. So that’s something you’d have to talk to your doctor about, but if you think about this and you think about the three ways that these injuries can occur in runners, it may help you figure out whether or not you’re actually at risk getting it on the other foot at some time in the future.

The first thing is trauma. So trauma is just a direct injury from some accident or episode and, believe it or not, I have seen three different runners who are convinced and they believe and they’re sure that their plantar plate sprain actually started when they stepped on one of their kids Legos.

Now, when my son was little, I actually had a very strict rule with him and it was really simple. Any Lego I step on that you left on the carpet goes in the garbage because it is really painful when you step on one of those things, particularly if they’re stuck in the carpet at just the wrong angle so they’re sticking up with a corner, just like a point, that you land on. And that actually, all of that force, if you step on it just wrong, actually is enough to traumatize the plantar plate, set off this constellation of injury, inflammation, swelling, pain, protrusion, everything that happens with the plantar plate ligament when it’s sprained, the joint capsule’s inflamed and it hurts. So that’s the first thing is trauma. 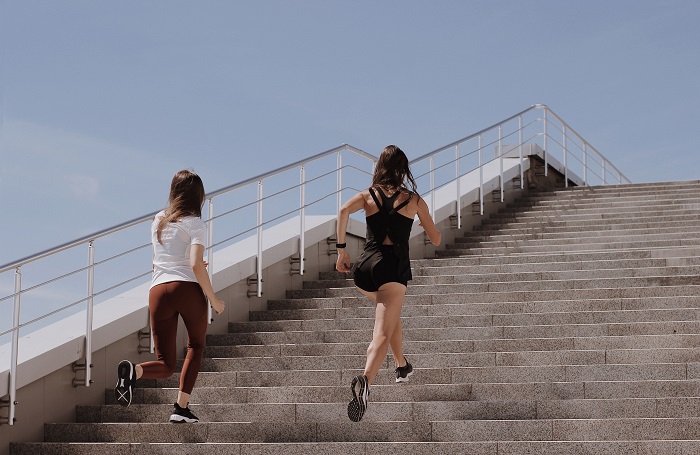 If you had an episode where you specifically stepped on something like that, well, that kind of trauma, that’s not related to running it all by the way, that kind of trauma can make the plantar plate injury get worse and bug you when you’re running.

The second thing is what I think of as running trauma. Now I got this myself one time, and this is basically trauma that happens when you’re running specifically because of the kind of surface you’re running on. It could be rocks sticking out of a trail. It could be a root sticking out of the trail. It could be running on steps or some uneven surface. Now I got this running on the Dipsea Trail when I would run from Stinson Beach to Mill Valley and back, or from Stinson Beach to Muir Woods and back. And either way, there are a lot of steps.

They’re wooden steps cut into this very steep hillside and I would actually run down those steps, skipping to the third or sometimes fourth step, depending upon how steep it was. And what happened is the plantar plate, the ball of the foot where the planter plate is, impacted the edge of that step just wrong on one of those long, fast steps when I was running downhill. That caused a plantar plate sprain. Now I felt it when it happened, I understood it and realized that might be an issue because I felt it and all I think about when I run are running injuries.

Now the next morning I got up and I was going to be paddle boarding down to the lagoon and as soon as I got on my paddle board, I actually felt where it was swollen and hurting and I knew right away, this is a plantar plate sprain. So of course I did the same stuff that I would do for self-diagnosis that I teach you in the plantar plate sprain course for runners. Well, I did those exact same things that are in the course. To poke around, pull, test it, strain it, stretch it, palpate it, all of that, exactly the way it’s in the course, and I knew immediately, this is definitely a planter plate injury.

I took some time off. I got it better. I did the same stuff that’s in the course that I would show you there where I took the pressure off of it, I took the stress and strain off of it, I reduced the inflammation and then I gradually worked my way back into running on that trail. And that was uneventful, but that’s one way it can happen is that you’re running and you hit something when you’re running with your foot on the trail just because it’s uneven.

The second way is overuse and this is probably what Shay is actually worried about. It’s not running too much. You’ve got to understand that. So if you don’t hear anything else here today, realize that if you got a plantar plate sprain and the doctor told you it was overuse, it’s not because you ran too far. It’s because of the way that you ran, the way that your foot hit the ground, the way that you landed on the surface underneath you. That’s the overuse issue that you have to address.

This is about how you’re built. It’s about your biomechanics. It’s about your running form and all of those things are things that you can modify in a way that reduces the stress and strain on the ligament. And so if Shay thinks that she has a foot that maybe has a longer second metatarsal or there’s just more pressure under the second metatarsal, and that is what actually led to her plantar plate sprain, she has to figure out what she’s going to do to reduce the stress and strain on the other foot so this injury doesn’t happen again.

If you can do that, then you don’t have to worry about it. It does not take surgery to do that. That’s the thing you’ve got to understand. But those are really the three ways that plantar plate injuries happen in runners. If you can’t figure out what it is that caused it, you’re probably going to get another one and that is a huge disaster, as I’m sure Shay could tell you, and as I could tell you because I’ve had one. They take a long time to heal and you’ve got to really think about what it is that causes that injury so that you don’t get one again once you’re back to running and then get another huge setback where you start losing all your fitness again.

Having said that, if you really want to figure out how to keep running and keep your running fitness, even while you recover from one of these injuries, and if you want to ask me specific questions about your situation, then join me live every week in the injured runners aid station. To do that, to join me there, all you’ve got to do is go to docontherun.com/aidstation and you can find a way to sign up there.