#477 Is a cortisone injection malpractice if it causes a plantar fascia rupture in a runner? - DOC

#477 Is a cortisone injection malpractice if it causes a plantar fascia rupture in a runner?

Is a cortisone injection malpractice if it causes a plantar fascia rupture in a runner? Well, that’s what we’re talking about today on the Doc on the Run podcast.

This is a great question I recently got from a runner who was calling me for a second opinion for a telemedicine visit who wanted to run, but had a partial rupture in the plantar fascia and when we were talking about her history she actually told me that she had had a couple of corticosteroid injections or cortisone injections for the plantar fascia when she had plantar fasciitis.

Now this is a very commonly performed procedure in podiatrists office. In fact, when I had a normal practice and saw mostly normal people, I will tell you that at that time I did this every single day, sometimes many times a day. In fact, I’ll bet that I had days when I saw 30 or 40 people and I did several plantar fascia injections. In fact, probably more than I’ve done in the last five years, so in the last 10 years or so since I’ve been basically exclusively working with runners, well it’s been very, very rare that I actually decide to inject somebody for plantar fascitis when they’re a runner. There are times when I do it, but not all the time, but this question is very interesting.

So the first thing, the question implies that having the injection causes the rupture and that’s not really true. The corticosteroid injection is the best thing to reduce inflammation, so if you have inflammation around the plantar fascia and you inject it with corticosteroids it reduces the inflammation, you feel much better and you can oftentimes get back to activity in a very short period of time with a whole lot of relief. 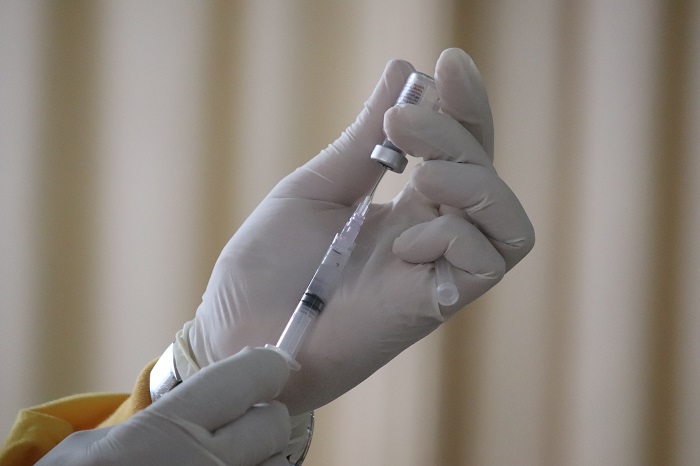 In fact, many times your symptoms will completely subside and go away. Then of course you train more, you train harder, you get back to training, running harder, doing hill repeats, whatever and then that added stress can actually lead to a circumstance where it ruptures.

Now it is true that the corticosteroid injection is known to reduce collagen strength and could predispose you to a rupture, but the injection itself will not make it rupture. You have to apply stress to it on top of the already weakened condition where maybe you had a little partial tear before. Maybe you had some additional weakening from the corticosteroid injection and then when you ramped up your training and beat it up incessantly, then it ruptured.

It’s not that the injection itself causes a rupture and I think you’d have a very difficult time trying to convince anybody particularly a physician that it’s malpractice, so malpractice means you did something stupid that hurt a patient. You made a mistake that could hurt a patient and then it was not within the standard of care. What that was done to the patient is not what most doctors would do and I can tell you that most podiatrists in the United States do plantar fascia injections with corticosteroids all the time and most people don’t get ruptures. It’s the amount of stress that happens afterward that can actually lead to that circumstance where you could get one.

So when I do telemedicine visits with runners, I spend a huge amount of time talking about what is it that you really want to do? What race is most important? What is most important to you? Yesterday I was working with a guy that’s kind of an elite hurdler and we spent most of the time talking about well okay what are your goals? Like whether or not to do an injection on him, well what are your goals? Is it this thing you have in November? Is it the stuff in the spring? What’s most important to you?

You have to figure out and you have to talk in detail with your doctor about what it is that you really want to get out of the treatment that they prescribed for you. And if you’re going to have a partial rupture of the plantar fascia because you had a corticosteroid injection and you didn’t really disclose to the doctor that you were doing all this running, well that’s your fault, not the doctor’s fault.

You’ve got to make sure that your doctor understands how much running you’re actually doing and what you plan to do when you get better, not just what you’re doing right now. That’s what’s really important.