Can I run with arthritis in my ankle? Well, that’s what we’re talking about today on the Doc On The Run Podcast.

Okay, now this is a great question. I got a call from a runner the other day, who is actually, he has a really interesting situation, he’s been a long-time runner, he can do lots of walking, he can do lots of workouts. He’s been doing lots of running, he’s been doing lots of workouts, but he’s been getting pain in his ankle whenever he runs, and when he does, he gets a little bit of swelling and he notices it at the end of the day, but by the morning when he wakes up, it’s completely gone, and it’s completely resolved and he seems fine the next morning. So his question was. Can I run with arthritis in my ankle or should I stop running completely because I’m going to make it much, much worse?

Well, that depends. So the short answer is that you can probably run with arthritis in your ankle, you just have to make sure that you’re not destroying the ankle and you have to figure out what the problem actually is. The problem is with arthritis and the term arthritis, is that it actually includes a whole bunch of different things that most people really don’t realize. 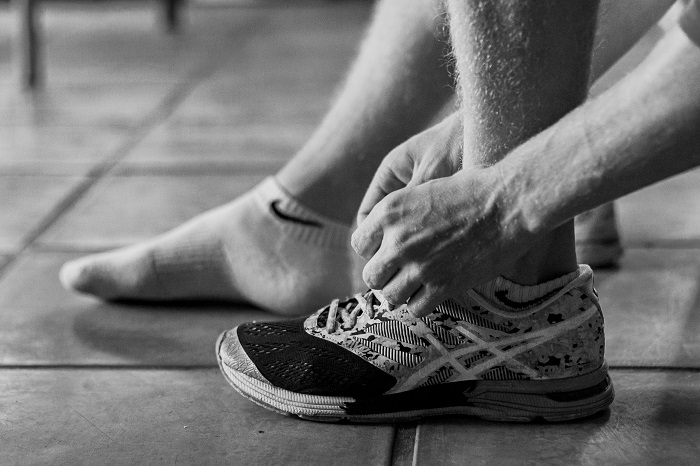 Whenever you hear the term arthritis, you probably think of damage to the cartilage, of wear and tear within the joint, and it’s just getting worse and grinding and actually wearing itself out faster. But really what it means is inflammation of the arthritis.

All of those things that cause trouble can cause pain. For example, if you rolled your ankle and you had actually an ankle fracture, then you’re almost certainly going to get some amount of post traumatic arthritis. If you roll your ankle and tear the ligaments, like I did, I tore all the ligaments to my ankle one time, and then the ankle’s loose, then you can start to develop post traumatic arthritis where it actually does wear out the ankle. I’ve been running for many, many years since I did that without any trouble, and so technically, although I probably have some measure of arthritis in there, I don’t have any trouble.

You can also get a thing where if you roll the ankle, you actually crack the bone in the ankle joint underneath the cartilage, and that’s the thing we call an osteochondral lesion or an OCD lesion. But this is where the bone is actually cracked and it’s not healing, and many times the cartilage on top of it, it’s still intact, but because it has a soft spot under it, it’s kind of trampolining effectively and it’s kind of flexing as you put pressure on it, when you land on it, in just the right orientation, on that spot.

Now, if you have that and you continue to run on it, theoretically, it’s going to get worse eventually because you’re going to cause that to cave in and maybe the cartilage even rip at some point. So it just depends on what the issue is.

The one circumstance that I see more than any other that does happen in runners with incredible frequency that is technically arthritis, but which you can definitely calm down with some simple things and get back to running, is what we call synovitis. And this is where you have inflammation of the lining of the joint that makes the synovial fluid, that actually lubricates and nourishes the cartilage in the joint.

So when you have synovitis, if you’ve rolled your ankle and you’ve stretched it, or you’ve been doing lots of hill repeats, and you’ve kind of pinched the tissue in your ankle by moving your foot up too far, or you’ve been doing lunges or box jumps or some workouts at home that actually irritated the ankle, sometimes that lining of the joint will actually swell inward, and then every time you run and you supinate and pronate, and those bones move around, they basically pinch that squishy synovial tissue and it hurts.

That’s a thing that you can actually calm down really quickly, really simply, without too much trouble, and it’s not a thing that warrants surgery. And if you do get it to calm down, then you can get back to running and training almost right away.

But you’ve got to know which of those things is actually causing the trouble in the ankle, when a doctor tells you have arthritis. If a doctor says, “You have arthritis, you shouldn’t run anymore.” You need to prod them and find out exactly what that means. That’s really crucial. 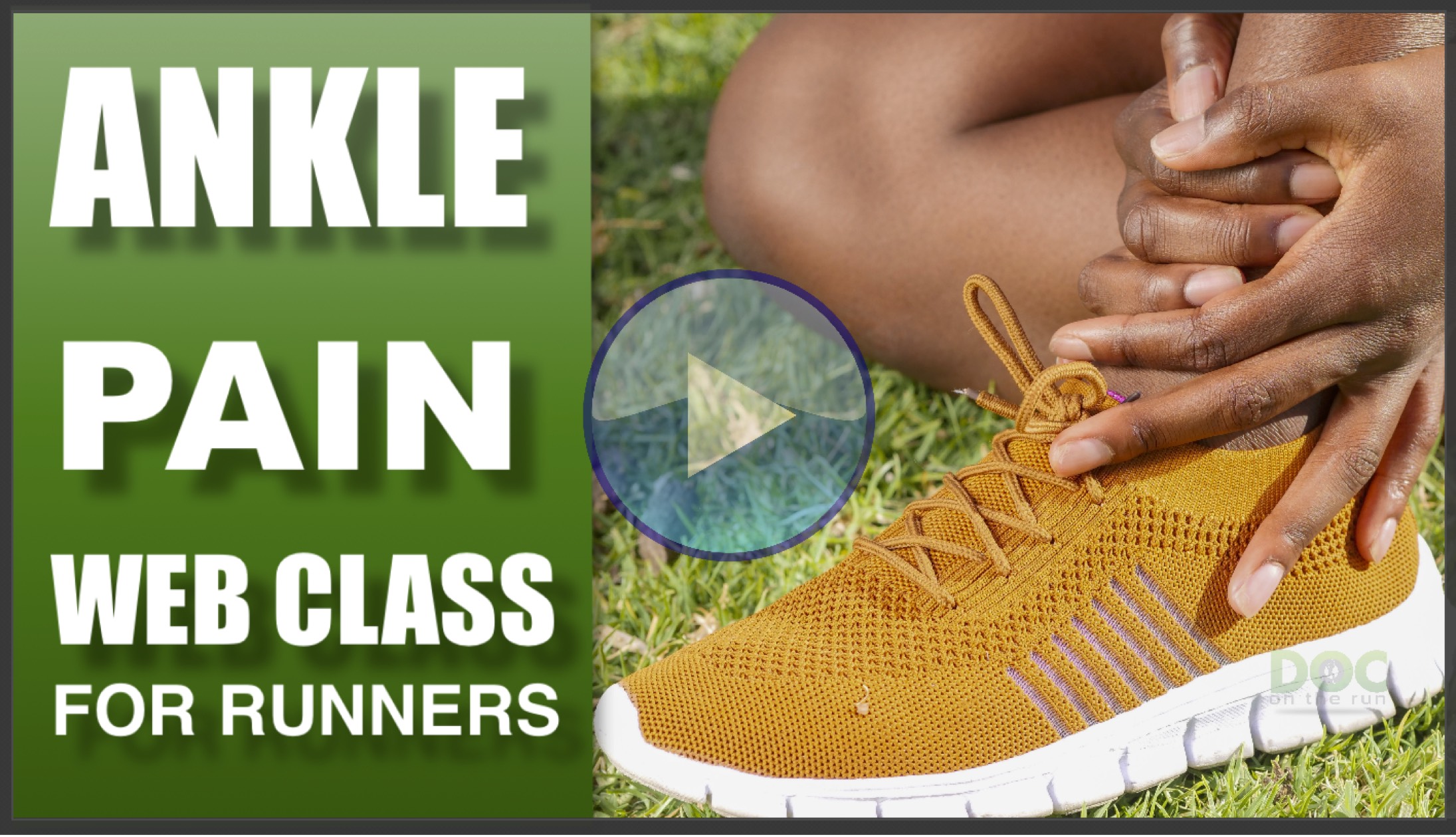