Would you take your running coach seriously if he was wearing clown shoes? Well, that’s what we’re talking about today on the Doc On The Run Podcast.

This episode actually comes from a YouTube comment and this guy actually made a comment on one of the YouTube videos where he had seen a picture of me running a 50 mile trail race and I was wearing Hoka trail running shoes. And he said, “I would never take advice from a coach, a biomechanics expert, or a running injury expert who was wearing Hokas.”

Now, I actually messaged him and asked for what he really meant by that. And I said, “Look, the first time I ever saw a pair of Hokas ever was when I went to a weekend workshop. I was trying to qualify for the Ironman World Championships, and I signed up for this intensive workshop with Mark Allen.” 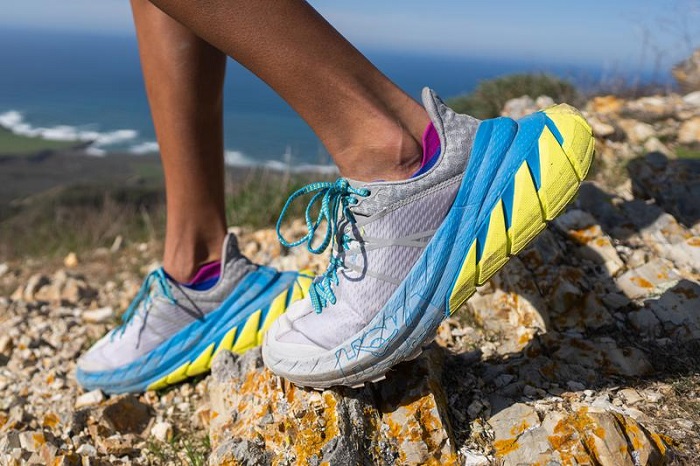 Mark Allen was named by ESPN as the greatest triathlete that ever lived. He and Dave Scott have won more Ironman World Championships than anybody else on the planet. So, this guy definitely knows what to do. He’s been coaching athletes for decades successfully to not only get to Kona, but to actually do well in the Ironman World Championships, and he unquestionably knows what he’s talking about.

Well, while I was there, one day we went out for a run. In the morning we met to go out for this run, Mark Allen was wearing Hokas. And those Hokas looked like clown shoes to me. They were thick. They were huge. They were weird. And he was telling me about them, and I was still like, kind of taken aback because I’d never seen something that thick before. They looked weird to me. But I’ll tell you what, even if Mark Allen was taking the shoes right off of Ronald McDonald himself and wore that for run, I’d still listen to Mark Allen.

So, you have to be careful about this, right? Like a lot of times people say, “Well, I wouldn’t listen to a coach who’s not faster than me.” Well, I hate to tell you this, but most successful coaches who are really good at coaching learned how to train, and then they learned how to coach. And that process takes a long time to become really an effective coach.

There’s one thing about following directions and doing it, and there’s another about teaching someone how to do it. So if you look at the professional coaches, whether they’re football coaches, basketball coaches, hockey coaches, running coaches, whatever. A lot of them are not really running or competing as fast as the athletes they train because they’re doing something else. They’re in a different phase of life.

And just because somebody is older, they seem overweight or they wear clown shoes, it doesn’t mean they don’t know what they’re talking about. So, that guy, sorry for him but if he’s going to dismiss anybody that has a tire he doesn’t approve of, he is probably likely going to miss out on a whole lot of useful advice for the rest of his life. So be careful when you dismiss somebody just because they’re wearing clown shoes.