I don’t trust my doctor. Well, that’s what we’re talking about today on the Doc On The Run podcast.

This episode actually comes from a runner who sent in a question for the podcast who is really at a tough crossroads. She’s been training, she wants to get back to racing, but she has an issue. So I’m going to tell you what she sent in. This is from Jennifer who got a stress fracture, wants to get back to running, and she said, “I went to see my doctor again today. He said he got an MRI and got the results back. He told me that I still have a stress fracture, which I was a bit confused because after 10 weeks without running, I thought there would have been signs of more healing. So I asked if he could see a fracture line, and he said yes, and that I should stop running, which I guess he forgot that I had stopped running a long time ago. Now, obviously, that was bothersome.”

“I want to get back to running, and I don’t believe my doctor is truly getting me there. I was feeling confident prior to this appointment that I could continue with my walk/jog routine as long as there was no pain. However, I’m feeling scared now because he said he could still see the fracture on the MRI. I haven’t seen the results of the MRI or the MRI image itself, and I haven’t seen the x-ray image either. I’m also not completely confident in his diagnosis because it doesn’t seem like he really cares about getting me back to running. I would love to have a second opinion, but I don’t have a family doctor, and my experience with walk-in doctors has been that they don’t care about getting me back to running either. in fact, I went for a second opinion with a walk-in doctor after my first doctor thought it was a soft tissue injury, and he advised me to just take some Advil. But it turned out to be a stress fracture.” 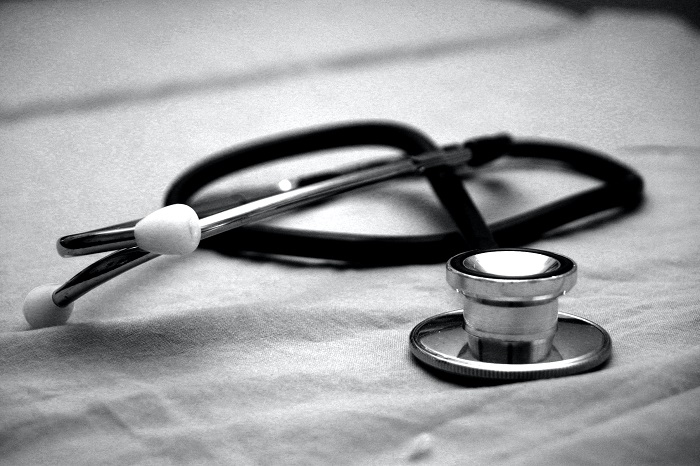 Now this is a tough case. I mean, I can understand how Jennifer would be really frustrated with not just one but all of these doctors. Because you go see a doctor, and they tell you it’s a soft tissue thing and tell you to take Advil and keep running, then you find it’s a stress fracture. Well, that obviously is not going to be helpful. And then if you get a stress fracture and you go back to see the doctor again, and they do an MRI and they forgot that they told you to quit running a couple of months ago, well, then obviously you think that the doctor’s incompetent, although it may have been the doctor just misspoke or something.

Well, the first thing you have to realize is that with the MRI, a lot of times the inflammation within the bone is the thing that is used most to indicate whether or not it’s actually healing or if it’s still really inflamed and irritated and the MRI is truthfully not that great at giving you clearance to run. They’re good for telling you when you shouldn’t run. And it’s one of the things that I tell doctors at medical conference that they should order if you’re one of those runners who refuses to stop running and refuses to listen and refuses to believe that there’s a real problem and that it’s not just shin splints, it’s not just a bone bruise, but there’s an actual real problem, then I tell them they should order an MRI for you so that they can freak you out and convince you that you should stop running.

But when you go to get an MRI to confirm that it’s okay to run, like Jennifer did, the exact opposite can happen, that it may actually be improving, and it’s just not showing up on the image. But this is one of those cases where you’re actually relying on one fancy piece of information, an MRI. You want some blood tests. You want some MRI. You want some fancy thing to tell you when it’s okay. But the reality is is a thing that I would use more than anything else if Jennifer called me for a consultation, and a full hour-long consultation where we go through everything on the webcam, we look at the MRI, we look at the x-rays, we actually talk about all her symptoms.

So, if you get a second opinion and the second opinion person is somebody you don’t trust as well, get a third opinion. It’s okay. I mean, I got three opinions before I had surgery the last time I had surgery. And if I wasn’t really confident in all three of those doctors, I would have gotten a fourth. So make sure you get the information that you need. Make sure you actually look at the MRI. Tell the doctor you want to see it. Tell him to show you. Tell him to point it out. Tell him to show you the crack, and tell him to show you the comparison for the previous study that actually gives you an idea of why they think it’s better or worse.

That is really important. But remember, there’s never a better time to get a second opinion than before you lose a lot of time like Jennifer did with no training. So hopefully that helps.