#403 3 types of runners who get the most from telemedicine

Today on the Doc On The Run Podcast, we’re talking about the three types of runners who get the most from telemedicine visits.

Now, I do lots of telemedicine visits with athletes, and I actually was interviewed recently on a television program about telemedicine and who it helps and who it doesn’t help. And obviously, meeting with a doctor can be very, very helpful because you can get very quick access. You can get immediate answers from an expert. There are lots of reasons it will work really, really well.

You don’t have to get in a car. You don’t have to go into an office that might have somebody with an infection sitting next to you. There are many advantages, but there are also disadvantages just like there are disadvantages with pretty much every treatment in medicine. It doesn’t work for everybody, but there are some people it helps a lot. Like if you need a procedure. If you have to have a surgical procedure or maybe an ingrown toenail removed, or something that a doctor actually needs to do on you and for you, and telemedicine is not very helpful. But there are three kinds of runners where telemedicine is actually incredibly helpful. And I was thinking about how we classify these runners and how we describe them.

Now, the first one that I think of is the kind of people that call me for telemedicine visits is the doubting thomas and this is somebody who is not normally or naturally negative, but they’re a little doubtful of their diagnosis. You go see your doctor, maybe they take an x-ray of your foot. The doctor says, “Well, I don’t really see anything, but I’m pretty sure you have a stress fracture. So we’re going to treat it like a stress fracture. Here’s your boot. Don’t run. Don’t walk on it as much as any more than necessary, but I think it’s going to get better because, it’s just a stress fracture.”

But then there’s this little hint of doubt in the back of your mind, because the doctor told you that they didn’t actually see a crack on the x-ray. The doctor is sort of inferring that there’s a stress fracture, but you’re not a hundred percent convinced. That often gets worse when you’ve had what you think is a stress fracture and you’re using your boot for several weeks. And then you take off the boot, go for a run and your foot hurts just the same. And so that’s the first one is the Doubting Thomas. 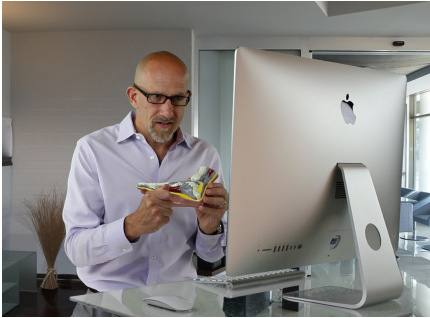 The second one is the lost runner, and what I think of with this is, these are people who call me where they got a diagnosis, but they kind of through their discussion revealed that they feel like they’ve been left alone, lost in a forest and just to wait. And they’re a little bit confused. It’s not that they really doubt the doctor, that they dislike what the doctor did, but they’re dejected. And they know that this isn’t right. Whatever’s going on, that they’re just not really sure of what to do next.

They know that they have this one specific injury. You have an Achilles tendon injury. You don’t think your doctor’s wrong about that, but you’re left wondering what to do. I don’t really know, am I really supposed to ice it? Or one of my friends said to apply heat. Is it really better if I stay off of it entirely? Or is it okay to go to the gym? Is it okay if I swim? You have all of these bits of confusion where you’re just lost and you’re aimlessly wandering about waiting for this thing to get better and that’s not generally good. So you’ve got to have direction. You’ve got to know what to do and you’ve got to be able to find your way out of that forest when you get injured. An expert can always help you do that.

And the problem with this is, that even though these runners are very goal-directed and they have a very specific plan for what they’re doing, your injury derails all of that and throws you off track. And unfortunately, when you go to the doctor, they don’t often ask you, what are you training for? What do you have on the horizon? What do you have on your schedule in the next three months? Is there something you need to train for? Is there something you need to do to maintain your fitness?

This is a case where you’ve worked hard for this goal, and you’ve worked hard for all the fitness you have, and you know that you do not want to lose that fitness. You need to maintain your fitness and you need action, and you need a plan to get back on track. If you talk to somebody who’s an expert on running injuries, that’s what they’re going to do. Every time I meet with an athlete, I ask them, “What is your goal?” And they often say something like, “Well, I want my foot to stop hurting.” I’m like, “Well, that’s not a goal that you had before your foot started hurting. What were the goals that you were working toward and what are you working toward now?”

You have got to have a goal if you really want to stay on track. I’ll tell you a trick. One of the things that I do with every telemedicine visit, with every runner who calls me, is I tell them to go through this process where you basically figure out how bad is it right now? No matter what it is, how bad is it? And what’s interesting is many runners don’t know at all. And so I created this thing called the three-day fast track. It’s free. It’s a series of three days of exercises that you do to actually figure out how bad it really is right now. And that helps you figure out what you can do in terms of activity, and then actually start doing something. Taking action to maintain your fitness and not just wither away.

So you can go check it out. You can get it a docontherun.com/fasttrack. It’s free. You can join, you can check it out, and it will help you get back to running as quickly as possible.