Today on the Doc On The Run podcast we’re talking about how if you’re not healing fast is just not a priority.

In this episode we’re talking about how it is that it’s really just not a priority if you’re not healing fast and I know that that’s going to rub a lot of people the wrong way. But all I do is talk to injured runners, I see people in person and on Zoom and I see these people who are athletes who know what it takes to recover, who know what it takes to heal. And yet they’re not doing some of the stuff that they would normally do in training and it’s crazy.

But it’s true, if you’re not actually healing as fast as you want to it is just not a priority. I mean I talked to somebody the other day who said that he was trying to lose some weight but he already felt like he was off track and it’s only a couple weeks into the new year.

Look, the fact is that if you can’t get up and exercise, if you can’t take the time to prepare meals and eat food that is not junk food or whatever, it’s just not a priority for you. I mean that’s not a judgment, it’s just a fact. Whatever we prioritize gets priority in our lives and if we are not really taking the time to pay attention to how we sleep, how we eat, how much stress we have applied to the injured tissue, for not doing all of those things it’s because it’s not a priority.

I hate to say this but a lot of the runners I see when I see them for a second opinion when they call me and I talk to them, we have an hour long conversation about what’s been going on and why they are not getting better, a lot of times these runners blame their previous doctor for not getting better. But then the only thing a runner is actually doing is waiting to heal. It’s like waiting to get rich. You have to do something. 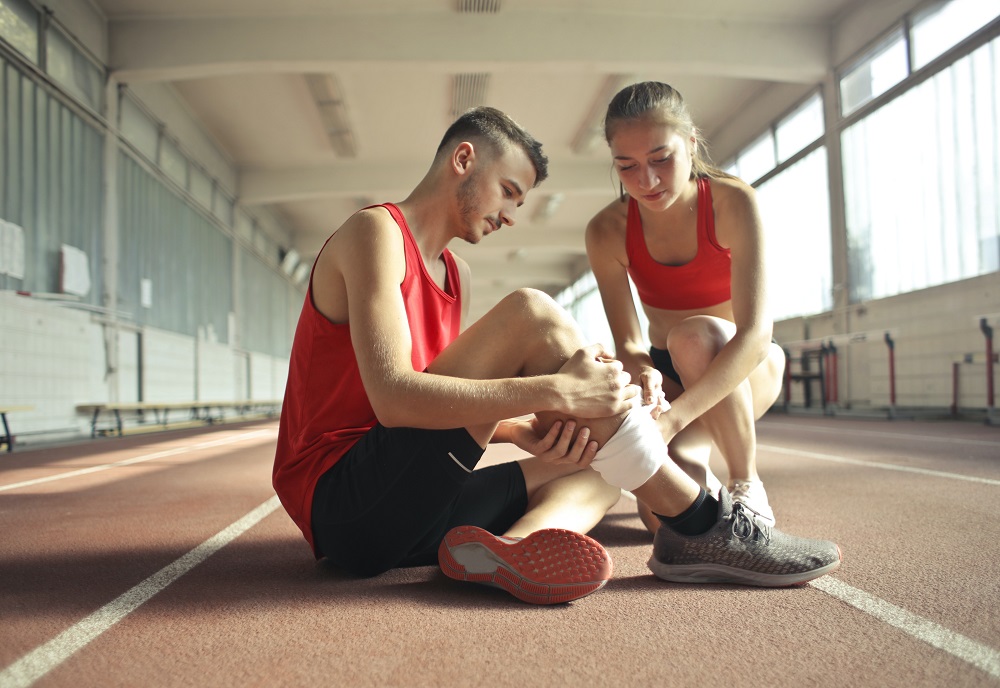 And when you’re recovering, you have to do the same thing. You actually have to figure out what it is that you can do to maintain your running fitness, strengthen and everything else that can support that one injured part so that you can get back to running sooner. You have to figure out what you can do to remain active right now. Not wait for six weeks or three months or some other ridiculous timeline just because that’s what normal people normally do. You are a runner. You’re not a normal person.

Now if you feel like you’re stuck right now and you want to try to do something to get out of that rot, one thing you can do that is really simple is sign up for this thing I created for you.

It’s how to fast-track your running injury in record time. It’s really simple, give me an hour, three days in a row and I will help you figure out how it is that you can get out of that rot that you’re in right now and get back to running sooner than the normal timelines that you may have been stuck with or stuck on.

But all it is in one hour. You can sign up at a Doc On The Run. You can sign up at the link below but it’s free it’s entirely free. It’s a three-day training series I created for you that will help you prioritize all of these things that you can do right now. But you’ve got to do something different. If you’re stuck, if you’re plateaued, if you’re not getting anywhere, it is your fault. You were the only one who is responsible for your recovery.

Do something right now! Sign up for the challenge! Go and get the three-day training. It’s all free. It’s only an hour each day for three days and you’re going to have a different perspective, a different approach and a different path.

I’ll see you in the training.