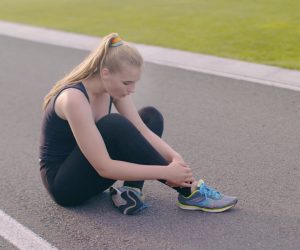 Today on the Doc On The Run Podcast, we’re talking about how it is actually great if you’re not getting better.

Now, listen, if you’re a runner who’s been injured, recovering, and you feel like you’re plateaued or you’re not really getting anywhere, I have some very good news for you today. That’s awesome!

Most of the runners who call me for a telemedicine visit, they’ve hit a plateau.

Although that can be really frustrating, I can tell you from experience, this is very, very good news. Think about all the shows that are on television that talk about how failing businesses have been struggling for many, many years and then there’s some hero, some investor, some business expert who shows up and turns the business around. What really happens in those shows?

What’s going on is really simple. You have a business that’s been in operation for a very long time, maybe 40 years or something, a family business, but it’s losing money. It’s losing money consistently. And then somebody comes in, some outsider who’s supposedly an expert who just looks at it from a different perspective.

All they do is they say, “Look, here’s the good news, you haven’t failed yet. You’ve been in business for a very, very long time and you’re not making money, but you’ve been doing the same thing for a long time and losing the same amount of money for a long time.” And the business owner, of course, doesn’t really see how that’s good news, but then the expert points out to them you’re losing money on this, you’re losing money on that. You actually have money coming in from these sources. So if we can do more of the right stuff and less of the wrong stuff, you can save the business.

So remember, if you’re not getting better, it is good news. 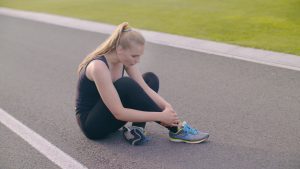 Now, if you’re slowly getting worse and you’re consistently getting worse, that is a much more difficult problem to fix. But every little improvement in your recovery routine can shift your course right now. The changes you need to make, they’re all around you, they’re right in front of you, and they’re available to you right now. You just have to notice them. Most of them can be found in the toolkit you used when you were in training. Think about all this stuff that you would do to maximize the benefit of the healing that happens after hard workouts, after races, after long runs. What did you do then that you’re not doing now?

And although it seems really simple when you actually start to do it, and every time I do telemedicine calls with runners, everybody who I talk to who’s in the One Run Away Challenge, all of them know that they should be doing all these things, but it kind of escapes them because you start thinking that you’re not really in control of what happens when you’re injured.

So that’s the way you really need to look at this. And don’t get frustrated if you’ve hit a plateau. If you’ve been staying the same for a long time, you’re doing lots of the right stuff and you’re doing some of the wrong stuff. Now, the One Run Away Challenge is really about getting recovering runners unstuck from that plateau. But here’s the secret.

It’s not rocket science. It’s not magic. It’s about doing a tiny amount of work every day. It’s just when you sign up for the challenge, I give you a very structured way to do things day after day after day, and that is really all it takes to start making progress when you feel stuck.

You have to start taking action today!

I would like to invite you to join what maybe the best and most most cost-effective way for you to get back on track any overtraining injury. One of the secrets feeling like one of the secrets to recovering like an elite athlete more professional is to take a step-by-step evaluation and step-by-step actions every single day.

So what I created is the One Run Away Challenge

You are only one step away from the next phase of progress.

You are only one run away from your next long run.

So the run one runaway challenge is going to give you step-by-step instructions for a 10 day transformation. Figure out why you were stuck, what you’re doing wrong missing and what you have not doing it’s keeping you stuck in this right.

Not only will I give you the step-by-step instructions on how to make those determinations all on your own I will actually support you and lead you by the hand through that process conducting six WebCams calls every week, where you can come and check in with me and asked specific questions and get very specific directions live from me throughout the entire process.

Join the One Run Away Challenge!

Open enrollment is starting soon. But it closes right after it opens because we only let 25 people in at a time. If you want to grab one of those 25 slots go to DocOnTheRun.com/CHALLENGE

I’ll see you there! 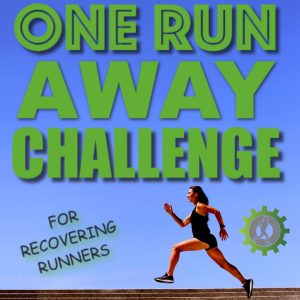