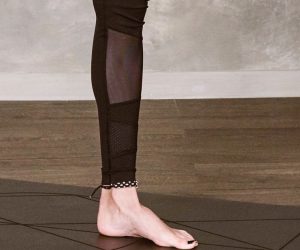 Today’s question comes from Diane who was listening to the podcast and wrote in because she wanted to know more about the long-term effects of ankle sprains.

Today’s question comes from a submission by a listener to the podcast, and Diane wrote in and said that she wanted to know more about the longterm effects of ankle sprains. If you’re a runner and you sprain your ankles, well the concern is that you can wind up with trouble later and there are a couple of ways that can happen.

The first thing is, is there’s an unfortunate consistent reliance upon this one study that came out many years ago that said, if you did early mobilization you basically just kind of worked through the injury when you have an ankle sprain. If you move it a lot, if you ice it, if you just keep moving it, keep moving it around and try to push all the fluid out, that you can get back to pre-injury levels of activity in four days.

Now that obviously sounds really good. If you get injured, your ankle is swollen, you can barely walk on it, and then you hear that you can just do something to get back to your pre-injury levels of activity within four days. Well that sounds great. However, what people don’t really talk about when they reference that study is that there was a follow-up study to that which actually showed that the overwhelming majority, almost 80% of all the people who actually did that early mobilization routine to try to get back to activity as quickly as possible, but they wound up with chronic ankle pain basically forever.

That is not really something that’s reasonable and something that I think that you should try to do because obviously if you’re a runner and you want to continue to run the last thing that you need to do is to put yourself in a situation where you’re going to wind up with chronic ankle pain, so that’s one thing. Is the first thing is if you don’t treat it appropriately initially you can wind up with chronic ankle pain.

The second problem that you can get when you sprain your ankles is that you can wind up with chronic ankle instability. Part of what happens when you sprain your ankle is that you tear the ligament. A sprain is defined as some portion of tearing so a Grade One ankle sprain means that you have little perforations or sort of tiny little rips within the ligament itself but it’s intact more or less, it’s just perforated.

A Grade Two ligament sprain is where you rip the side of it so if you took a flat rubber band and you cut the edge of it that would be analogous to a Grade Two ankle sprain. A Grade Three is where you rip it completely. Well, the problem is, is that the anterior talofibular ligament or ATFL ligament, that is the one that’s most often torn when you are running and you trip and fall and sprain your ankle, well that one’s usually a Grade Three tear and when you have a severe ankle sprain.

When you tear that, because it’s basically adhered to the inside of the joint capsule, well you rip the joint capsule too. That rips the proprioceptive nerve fibers which are the nerve fibers that tell you positioning in space. If you don’t do something to re-train your brain to sense the positioning of your foot underneath you when you’re running, and you’re stepping on uneven surfaces, and you’re pronating and supinating, then you’re more at risk of developing ankle sprains later. 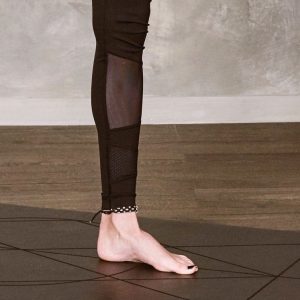 There’s an easy test to tell if you have sprained your ankle and you have developed some chronic ankle instability because you tore those proprioceptive nerve fibers, there’s a very easy test for this. All you do is stand up, stand with your arms outstretched, pick up one foot and stand on your foot. Then close your eyes and see how long you can stand there and how stable you are when you stand on one foot with your eyes closed.

Then switch and compare to the other foot.

If the ankle that you sprained is significantly less stable, you have a very difficult time balancing, standing on that foot with your eyes closed, that means you tore those nerve fibers. Then you have to do something to restore that stability, restore that proprioceptive sense if you don’t want to sprain your ankle again, and again, and again.

Really, those are the longterm effects that you can get if you sprain your ankle and you’re still running.

You just have to make sure that you strengthen the ankle, you restore the proprioception, and that you don’t move it too soon and wind up with chronic ankle pain; but an ankle sprain is not a death sentence.

Before I went to medical school I raced motorcycles professionally and one time I crashed a motorcycle going 135 miles an hour. I ripped all the ligaments in my ankle and it was incredibly unstable for many, many years. Well then, I worked through a routine to restore the strength and the proprioception in that ankle and now I have no issues at all. I run on trails all the time, I have won my age group and half marathon trail races, I have done a 50 mile trail race.

I like to run on trails and I have no concerns that I’m going to be out on a trail running and roll my ankle today, so if that worked for me…it could work for you, too.