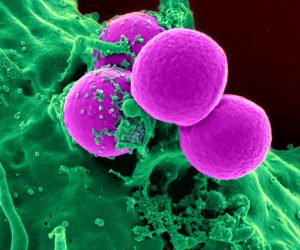 Today on the Doc on the Run Podcast, we’re talking about whether or not running increases or decreases oxidative stress.

I was just at a medical conference and I was invited to lecture to a group of podiatrists, foot and ankle surgeons, and sports medicine podiatrists about running injuries, specifically about how running doesn’t actually cause running injuries.

All running training is really nothing more than you deliberately applying stress to your tissues so they can respond and then rebuild and become stronger.

When you get an over-training injury, all that really happens is that you apply too much stress to the tissues and your body is not able to actually deal with that stress in a way that’s functional, and then the tissue actually becomes injured.

What’s really at the core of all that is stress.

When I was lecturing to this group of doctors, I was talking to them about how we as physicians are really trained to look for biomechanical stress, about the actual physical stress and strain of running, landing, pronating, and that’s really one form of stress. That’s biomechanical stress. 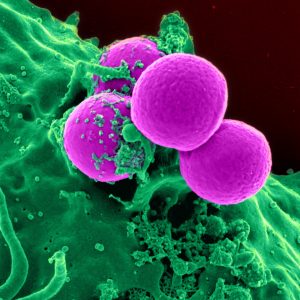 When I was researching all of the material for this talk, I have to put actual references from papers that are reputable, published in scientific or medical journals to present as evidence backing up my claims, and there were a couple of things I found that were really interesting.

There was a research study that actually showed that when it comes to oxidative stress, lifelong amateur endurance training seems to improve the oxidative stress response and actually strengthens the mechanisms in your body that could basically help you preserve muscle as you age.

So what that means is that if you actually read through this study, what it says is that as we exercise, if you exercise in moderate amounts like an amateur runner who is running for fitness and maybe training for reasonable races, but not doing 100 miles a week every single week for years on end, that actually does train your body to deal with the oxidative stress that does happen as a normal consequence of living.

So we always want to think of things as good and bad, of oxidative stress as being bad, of free radicals being these little terrorists running around killing your cells, but it’s not that cut and dry. Oxidative stress is also necessary.

The free radicals that actually happen as a consequence of producing energy in yourselves, of eating food, of all these different things, well, those free radicals are actually part of the signaling mechanisms to actually institute healing, tissue growth, our response to exercise, all those things. You kind of have to have it, just like inflammation,. it isn’t always just good or bad. It can be both.

The inflammatory phase is the first phase of wound healing, and you have to have it to heal after you run and train hard. You can’t just do away with inflammation entirely or you would never actually get stronger. You would never heal from your workouts.

So the main reason I brought this up in this particular talk was trying to encourage physicians that runners who are injured actually need to run. We need to exercise in some way.

Even if the doctors don’t believe that running is possible for you, they have to figure out some sort of suitable substitute. Because we as athletes, as runners need to continue to exercise even while we’re injured to try to reduce the amount of oxidative stress and actually heal faster and get back to running.

So that’s the big take home point. So look for ways to continue to move, continue to exercise, be reasonable about it, and see if you can’t reduce some of the oxidative stress that could potentially be blocking your healing. And if you do that, you really should be able to get back to running sooner.