Today on the Doc On The Run podcast, we’re talking about how doctors classify stress fractures in runners.

I was recently invited to give a lecture at the International Foot and Ankle Foundation’s Las Vegas 25th Annual Scientific Program at the Encore Convention Center in Las Vegas. Now, this is their largest meeting of foot and ankle surgeons, podiatrists, sports medicine doctors, all people who treat foot and ankle injuries in athletes and non-athletes alike.

I was asked to give a lecture on stress response, stress reaction and stress fractures in athletes. And the main point of this lecture was to try to teach doctors what they really have to understand about stress fractures in athletes, how to classify them, how to treat them, what we do wrong, what we often do right, and how to help you get back to activity, back to running, back to whatever your workouts are as quickly as possible after you get one of these stress injuries to the bone. 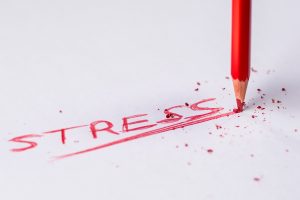 And in that section of the talk, I was explaining to doctors that there are basically five different grades. So grade one is where you have no pain and you have no fracture line visible on an X Ray. So basically what that means is your foot doesn’t hurt, and if you get an X Ray of your foot, nothing shows up. However, if you were to get an MRI of your foot when you have a, technically what’s called a grade one stress fracture in this classification system, you would actually have some imaging evidence of a stress fracture. What that really looks like is when you get an MRI of your foot, if you have a grade one stress fracture, it just means there’s a signal change or the color on the MRI turns from sort of dark color to bright white. That signifies inflammation within the bone, on the inside of the bone, the bone is inflamed, it’s irritated, and that is what is called a grade one stress fracture on the Kaeding-Miller classification scheme.

Now, why I explain that’s important to them is that you as a runner would never see a doctor for this kind of injury. After I did the American river 50 mile ultra marathon in the spring, I had pain in lots of different areas that went on for weeks. And if I had gotten an MRI during that period, I’m sure that it would have shown up on an X-ray. So if you do a marathon and you’re kind of sore all over and you go get an MRI the next day, you’ll almost certainly be diagnosed with a stress fracture. But it’s really what we call a grade one stress fracture. It’s not really an injury, that’s a normal thing. That’s a normal response that your body has to the stress that you’ve applied to the bone when you did a hard effort, whether it’s a marathon, a training session or whatever.

So it’s a mild injury and it’s where you actually do have an actual injury to the bone, but it’s not cracked yet. And if you treat that right away, then you’re going to get back to running a lot faster. If you ignore it and keep running on it, it gets worse and then turns it into a more serious injury. A grade three stress fracture is where you have pain in your foot, you have pain when you touch the bone, you have discomfort, and you have an actual crack that’s visible on the X Ray, but it’s just a crack. The bone hasn’t moved. It hasn’t shifted. It’s what we call a nondisplaced fracture line, meaning that you can see a crack, but it hasn’t moved. The bone is not tilted or out of place. Now that’s a real fracture. A real fracture is a thing you can see on an X-ray. There’s an actual fracture or a crack in the bone.

A great forward stress fracture is where you have pain, you have a fracture line, but it’s moved. It’s tilted, you ran on it, you pushed it out of position and it’s not in the right place. That’s worse. So a displaced fracture, one that has moved is obviously worse than a nondisplaced fracture because you might have to put the bone back in position. Sometimes, we can do that under X-rays without surgery, but sometimes it requires surgery to do that. And a grade five stress fracture is the worst possible scenario. This is where you get a stress fracture, you run on it, you keep working out, you keep doing whatever and it doesn’t heal. You develop what we call a painful nonunion where the bone hurts because it’s cracked, it’s healing, it tries to heal, but it doesn’t heal because you keep irritating it, keep moving it. And then you get scar tissue between the two pieces of bone and then they kind of can’t really connect because there’s scar tissue in the way.

But that’s a really the best classification scheme and the one that I was trying to teach to physicians at this medical conference. It’s really important that you understand where you are on that continuum of injury. Now the main point to doctors, when somebody asked me a question at the question answer session, they said, “What’s the most important thing you can do with this?” And I said, “Well, the most important thing you can do is treat them early.” So if a runner calls you… Let’s say they did a long run over the weekend. They actually call your office on Monday and they say, “Hey, I have what I think is a stress fracture.” Well, the problem that you don’t probably understand as an athlete is that most doctors don’t really think of that as an emergency.

But if you’re ramping up for a race, this kind of is urgent. You need to get it treated right away. And what I was telling them is I said, “Look, all of you guys have spaces on your schedules for infections.” Like, if you call the office on a Monday morning and you say, “I’m a diabetic and my foot is infected,” we know the doctor’s going to make space for you and fit you into the clinic.

And I said, “You need to treat athletes with stress fractures with that same urgency because if they call you on Monday and their foot hurts and they come in to see you, they’re going to get treated right away and they’re going to do much better. However, if you don’t see them until Friday, when you happen to have time on your schedule, they’re going to go run on it two, three, four times during that week, and that’s going to make it much worse. And if you treat the stress fracture early, it will heal a lot faster than if you just ignore it even for just a few days or a couple of weeks and keep running on it. So you’ve got to treat it as quickly as possible because the amount of time it takes to heal it becomes exponential when you ignore it and keep running on it.”

So the bottom line to you is that if you think you have a stress fracture, you need to get help today. Not next week, not next month, not after your race. You need to get help as quickly as possible, if you really want to get back to running.