#217 Do not look for a cure through a clouded lens 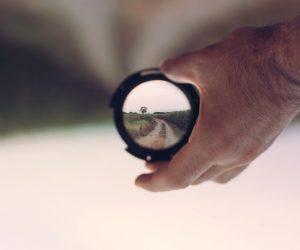 Today on the Doc On The Run podcast, we’re talking about why runners should not look for a cure through a clouded lens.

Every runner who gets an over training injury wants to get back to running, and get back to training as quickly as possible.

And we start searching everywhere for the very best treatment. We look for evidence. We want research papers. We want to find a proven solution. We also want science and clinical research which will backup our decision to help us believe we have made the very best choice when we finally decide on a treatment for the injury.

Just to be clear, and before I get too far into this, I want you to understand I believe in the scientific method. I believe in testing treatment options. I believe in evaluating what has happened to patients given certain treatments and reporting those findings to our colleagues through peer-reviewed medical literature and research studies.

I believe in research. I am absolutely convinced that if the study or clinical trial shows a high likelihood you will have an adverse event like a heart attack or stroke when you take a medication, you probably should not take that medication.

And that is where things start to get cloudy. 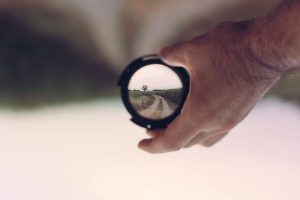 I myself have done lots of research. I have published dozens of articles, abstracts and chapters in medical books. I have won multiple awards from the American College of Foot and Ankle Surgeons and the American Podiatric Medical Association. All of those awards were for research specifically for research studies related to sports medicine or foot and ankle surgery research I conducted and published.

Before you decide to send me some sort of hate mail saying I’m bragging here, that’s not at all the case. I only say this because what I am about to tell you will make you think that I don’t believe in research at all.

When I was in medical school, a prominent researcher named Dr. David Armstrong came to give our medical school to give a talk. During his lecture on the importance of clinical trials and medical research he had a slide on the screen I will never forget.

What they reveal is interesting.

But what they conceal is essential.

When I was in medical school I had this idea of doing a large-scale study about the causes and associations of lower extremity injuries, meaning foot and ankle injuries among on rock climbers. Basically I just wanted to try to figure out what kind of foot and ankle injuries rock climbers happened to get, when they’re doing certain kinds of climbing, like traditional rock climbing vs. bouldering vs. big wall climbing vs. ice climbing and mountaineering.

Seems simple, right? You have an idea. You have a question and you want answers. You should just start doing your research, right?

Not exactly. If you don’t work in medicine you might be surprised to find out you actually have to have permission to conduct medical research.

You have to get the approval from the Institutional Review Board of the medical facility or medical school where you work. Their role is to basically make sure that some overly zealous medical student or doctor conforms to certain standards and doesn’t do anything that’s unethical or might potentially harm people. Anyway…

I designed this rock climbing study and then wrote a proposal to attempt to get approval to conduct research. I submitted my application to the Institutional Review Board of the medical school. After meeting with a few advisers I got the study approved. Then I wrote a grant proposal and sent it to the American Alpine Club.

The following year I started my foot and ankle surgery residency program at the University of Utah.

I went to the University and met with a professor of statistics. I explain to him I compiled all of this data and I wanted to write up the results and publish it. And then he asked a question which actually stunned me.

“What exactly do you want to statistics to show?”

I answered, “I just want to show that my findings have statistical significance.”

He then explained to me depending upon which particular statistical analysis we chose to run, it would greatly influence the actual results and statistical significance of the findings. Being a mathematical neophyte, I was extremely confused by this.

The statistician took my spreadsheet, uploaded it into a program in his computer and then showed me exactly what he was talking about. And he was right.

Running a different type of statistical analysis on the data, would yield different results.

How does any of this really apply to medical research, and the studies we actually read when we start researching certain treatments?

Believe it or not, with one of the studies where I actually won an award, I submitted the research as a complete research paper for publication in a prominent medical journal.

I received a letter from the editor of the journal which explained that some of my findings could be politically inflammatory. The editor stated that I needed to rework the statistics to obscure that finding before the paper could be considered for publication in the journal.

The editor was asking me to hide the evidence using math.

In case you’re wondering what happened, I said “no.”

The important point here is that manipulation of data happens all the time. And manipulated data is what gets published in many medical journals. And then we’re supposed to make decisions on treatments based on research we read, and believe in, and take as fact.

The people who pay for medical research are generally the companies who are trying to sell you the newest pill, or the shiniest new medical device. And they want approval.

There was another research project I started when I was in residency regarding platelet rich plasma injection (or PRP injections). This was more than 15 years ago when PRP treatments were relatively new.

I wanted to do research to see whether or not PRP treatments actually altered the course of healing in soft tissue or in certain surgeries on the foot and ankle.

I spent about a year writing up that research, presented it to the Institutional Review Board and trying to get approval to do clinical trials with a relatively new treatment, on live humans.

It may not surprise you the review process took a long time.

After about a year of back-and-forth I finally received approval from the Institutional Review Board to begin the clinical trial on PRP at a VA Hospital. I didn’t received the letter from the legal department of the company that manufactured the PRP separation equipment.

The contract they sent to me said that the only way they would contribute the centrifuge and sterile kits to assist in the study would be if they had complete and total power to block publication of the study findings, if those findings were not favorable.

Translation: if we don’t like what you find we’re not going to let you publicize it.

Obviously you, as a patient, as a runner who might have an overtraining and who wants to get better, you would want to know if some treatment doesn’t work. You would think all researchers, and the companies working on those research projects would have an ethical and moral obligation to present and publish all of the research findings.

But in practice, that is just not what happens.

Right when I graduated from medical school I would read research studies, I would often make decisions based almost exclusively on whether or not the studies seem to show clear evidence that some certain treatment would work for a given condition.

Today I really and truly believe relying too heavily on published research can put you at risk.

Although I do think all doctors have a responsibility to read the current research, and make sure they understand the current trends in medicine, it isn’t a simple algorithm.

Any algorithm built on inputs that are flawed must be flawed in its output.

Today I believe it is most important to combine Scientific method, scientific evidence and the intuition of an experienced medical practitioner.

Truth be told, even though I have done so much work in research, if the day ever came or had to make a choice between an older extremely experienced and intuitive doctor versus all of the published research available in Medline, I would go with the former.

When you get an over training injury, and you really are struggling trying to figure out what is the next, most effective, best step in your recovery, you have to find a solution. You should search online. You should read research studies.

You just have to make sure you’re not looking for it through a clouded lens.