#218 Races do not cause running injuries - DOC

#218 Races do not cause running injuries

Today on the Doc On The Run podcast we’re talking about how races don’t cause running injuries.

Today on the Doc On The Run podcast we’re talking about how races don’t cause running injuries. Races don’t cause injury. If you signed up for a marathon and you tell enough people, you might hear somebody tell you, “Oh, you have to be careful, you know, I got hurt doing a marathon.” But that isn’t really the way it works. 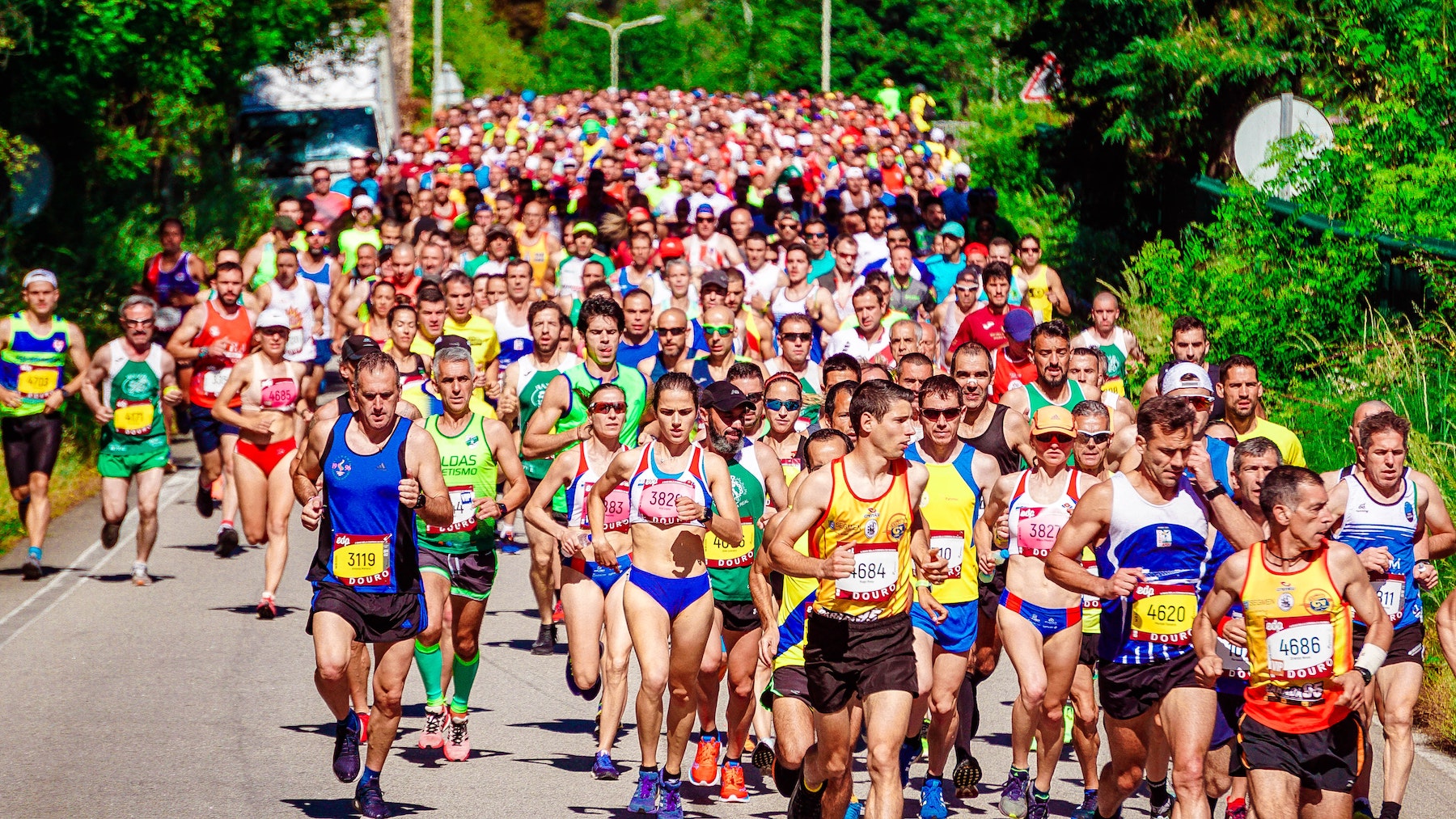 My brother-in-law told me an interesting story one time about a guy, I think he knew him actually, but this guy had been training for a marathon, he thought he had shin splints, he was running, he was doing his marathon, and then he actually had video of himself running down the finish chute, heading toward the finish line, and his tibia actually snapped in half. So if you look at that video you say, “This guy broke his leg running a marathon,” but that is not what happened. What happened is this guy thought he had shin splints, he was running, he was training, he got injured, he was developing a tibial stress fracture, he continued to train, he continued to run, he continued to ignore it, and then he ran 26.2 miles and at about 26.125 miles or so his tibia finally had enough and broke. But the race did not cause the injury. He had an injury that started probably because of a training error, probably because he was running in the wrong shoes or his stride was off or something was off, but he trained and continued to beat it up and damage it and make it worse and worse and worse to the point that it actually broke.

But races really don’t injure runners. Any runner who gets injured in a race really did the damage long before the actual running event. The build phase is usually where running injuries happen, that’s when you’re ramping up, you build up some strength, you’re getting stronger, your muscles and tendons are all really strong, your muscles are good, your aerobic fitness is good, but then the bones and the actual tendons and ligaments that support you, they’re not building strength as quickly as the muscles. And so, during that build phase when you actually feel really strong and you think you’re really strong, well, your muscles are strong and your aerobic fitness is strong, but your tendons and bones that can become injured in an over-training injury, they’re actually more prone to injury during that phase. That is also where you happen to ramp up your intensity and your volume of training the most and that’s where most people get injured, not surprisingly.

So what can you do about that? Well the first thing is is you can stick with the plan. The majority of the runners that I see who got injured have deviated from their plan in some way. Don’t add workouts to your schedule without talking to your coach, don’t ever do that. Your coach designs your training plan with a very specific intention of maximizing your body’s capacity to absorb tissue damage in the form of workouts and then heal and recover after those workouts before your next workout. If you go and you add some workout just because one of your buddies invites you to go for a run or something like that, you’re asking for trouble. You’re adding volume that your coach has not anticipated and has not factored into your training plan.

The other thing is that if you miss a workout because you get sick, you’re traveling, or anything like that, do not make up workouts and jam them into your training plan without talking to your coach, that is not a good idea. That is another way people get injured is they miss a workout, they think that if they don’t do every single workout on the schedule before race day they’re not going to be able to finish their event in their goal time, but when you skip a workout and then you try to jam that workout in between two other workouts, or even add it on the same day as a different workout, or, even worse, go do speed work and then do your long run right after, well you’re really asking for trouble. So don’t ever make up workouts and reinsert them somewhere else in your schedule without talking to your coach. Remember, your coach is the expert who is supposed to help you train and get through your race without injury.

The other thing is pay attention to the details; taper, rest, hydrate, stretch, do all the little things that help you prevent injury on race day. If you just follow these simple things and you really stick with the plan and you really do pay attention to the details, you don’t have to get injured. But don’t ever forget, if you get injured on race day it’s because you built up too much tissue damage as you were ramping up for the event and then it all just exploded on race day. That is what really happens.