#171 Reduce your risk for injury and run the other way! - DOC

#171 Reduce your risk for injury and run the other way! 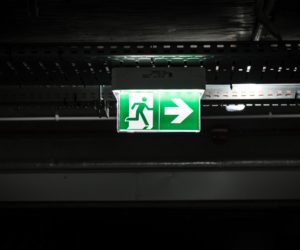 Today on the Doc On The Run Podcast we’re talking about about why you should reduce your risk for injury and run the other way.

Most automobile accidents happen within a few miles of home, on familiar roads. I also think most running injuries happen on familiar running routes.

The truth is I don’t like to make decisions about where I am going to run.

For several years I ran a half marathon every Friday afternoon. I would start at the San Francisco zoo, run north along Ocean Beach, turn right into Golden Gate Park and then run all the way to the end of Golden Gate Park, turn around and head back to the zoo.

I often see runners who get over training injuries simply because they are applying stresses to the foot in a repeated fashion.

Part of that repetitive stress comes from running on repetitive routes. The slope of the road, the slope of the sidewalk and the predictability of the ground underneath you can actually apply undue stress to your feet.

One very simple solution is to change direction.

Think about you’re favorite short distance run. Whether it’s 3 miles, 5 miles or 10K think about a specific run that you like to do when you’re pinched for time.

Which direction do you go when you head out the door?

Do you run in the street?

Do you run on the sidewalk?

Do you face traffic or do you run with your back to traffic?

I would be willing to bet that whichever direction you go, you go that same direction on the same side of the street or sidewalk virtually every time you repeat that run.

If you simply head out the door and turn left instead of right, and run that loop in reverse, you will effectively apply the exact same amount of stresses to the opposing feet. Just by doing that same run in the opposite direction of your normal path, you will effectively flip the slope of the road and dramatically reduce those compounding forces that can lead to over training injuries like stress fractures and tendinitis.

If you do have a very specific loop that you like to run, just run it in opposite directions every other time.

The same thing goes for running on the track.

When I do mile repeats on the track I run half of them in the normal counterclockwise direction. When I’m halfway done I switched directions and run clockwise.

You may not think it is such a big deal to run around the corners of the track. After all, it is a fairly wide curve.

However if you do 10 mile repeats, that’s 80 corners. You do not want to do all of that in the same direction. Just by reversing the direction on the track when you’re doing speed work can significantly reduce the amount of stress and strain applied to your feet.

Another solution is to run out and back runs.

If you take my example of the half marathon run I used to do every Friday afternoon I would basically run about 6 1/2 miles miles out, and then I would turn around and run back. But I run back on the exact same path.

By running a return trip on the exact same path, I reverse the slope of the road and reduce the stress and strain on all of the specific bones and tendons and ligaments that might be subject to an over training injury.

Remember, it’s not just the stress of running. It’s the stresses that get applied to specific structures like you’re fourth metatarsal bone or your Achilles tendon or your posterior tibial tendon when you’re running on a slope or changing direction.

If you want to reduce the risk of getting over training injury, mix things up and run the other way.