#170 Slow may be your injury speed 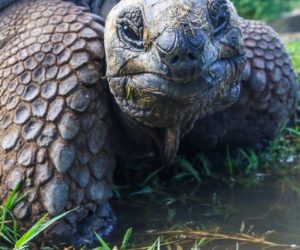 Today on the Doc On The Run Podcast we’re talking about about how slow may be your injury speed.

Which is more likely to cause an injury….running fast, or running slow?

The other day, I had a call from an interesting guy who is a runner and he scheduled a consultation call, but one of the questions he asked me really got me thinking about something. While I was on my run today, I was actually thinking about this.

What he asked me was…

“Isn’t it true that if I run slower, I’m at lower risk of injury?”

But we often think that if you are running faster, if you’re running at an explosive pace, if you’re running at a really fast pace and you’re pushing yourself to your limits, then you think you’re probably going to get injured. If you’re doing something that requires explosive energy like running stairs, running up and down the steps at a stadium, doing hill repeats, doing something that requires a lot of really intense effort, we think that can apply a lot of stress to your Achilles tendon, to the metatarsal bones, and then you could end up with an injury like Achilles tendonitis or a metatarsal stress fracture or some other common over-training injury.

But that doesn’t mean that running slow is safe. So one question, again, is you know, is it really safer for me to run slower? Well, the truth is, many runners I see, they actually get injured, I think, because they are running slow way too much. If you think about this, if you vary your pace, if you run your slow runs slow and your fast runs fast, you’re actually going to reduce your risk of injury.

Now, if you look at any marathon training program, you’ll see that they, they’re basically all made up of more or less three different types of runs. Most marathon training programs, most running training programs in general will have a long run that’s basically designed to get you to do certain things. It’s getting you used to running a long time, it’s also actually helping your body use fat stores and energy more efficiency during those long runs. You also, of course, have speed work to actually build strength and get you used to running at a faster pace, and then you have tempo runs or some run that you’re running at a relatively fast pace for a not-so-short distance.

But they’re all different and they do different things and if you talk to your coach, your coach will give you very specific information about why you’re supposed to do all of those different runs. But that’s from a physiologic and training standpoint.

The way that I was thinking about this today on my run and what I wanted to, you know, hopefully share with you, is that what I see with runners is that they, they do too much at the same pace. They’ll do, you know, their long runs at an eight-minute mile, but they’ll also do their tempo runs at pretty much an eight-minute mile. And then they’ll have intermediate runs that they do as recovery runs also, somewhere pretty close to that same place. Running at the same pace all the time, even if that’s slow for you, or you think it’s slow because it’s your, you know, your marathon pace or something.

If you don’t believe me, there’s a way to test this. So, what you can do it go out and do a really slow run, run really long. Then make very specific notes on what exactly gets sore. Is it your hip flexors? Is it your quads? Is it your glutes? Is it your hamstrings? Is it the small muscles in your back that help stabilize your core? What gets sore?

If you actually make very specific notes of those things and then, you know, the next week maybe when you go do your speed work or something, do a seriously hard session and make note of what gets sore. They’re going to be very different muscle groups because you’re using them differently. And this is true not just of the muscle groups, it’s also true of things like the metatarsal bones in your feet that get metatarsal stress fractures. It’s true of your Achilles tendon, it’s true of your posterior tibial tendons, it’s true of the peroneal tendons. It’s true of all these different structures that become afflicted with over-training injuries on a regular basis.

So, you need to vary your pace and you need to mix it up. Do not run your same pace all the time, because if you do, that pace may be putting you at risk of an over-training injury.