I'm a runner who competes in the PA/USATF - DOC

I’m a runner who competes in the PA/USATF 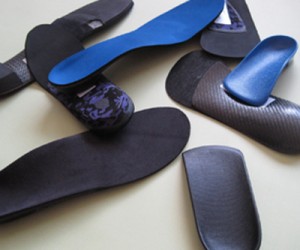 “I’m a runner who competes in the PA/USATF. I injured my achilles (tendinitis) last summer and needed to recover before the start of the cross country season (1st week of Sept).

This injury had been bothering me chronically for the last year and a half, impairing my training and in some occasions, forcing me to drop out during races. I called Dr Segler following a drop out from a local race last July. My achilles was very painful and I had difficulty walking. I’m generally a point-scorer for the team (top 5 runners) so my return to competition was much anticipated by my teammates.

Dr Segler came to my house and assessed my injury, explained what type of tendinitis I had and gave me a number of options and treatments (I think 12 in total). Most importantly for me, Dr Segler understood my need to not become totally out of shape before the XC season. Since he is a triathlete himself, he knows what competition means, the efforts you’ve put into your training, and the satisfaction of a good race. For my type of injury, most doctors would simply recommend to (heavily) use NSAIDs, rest and not run at all for a number of weeks.

Dr Segler gave me additional options to maintain a minimum level of fitness while my tendon was recovering. I followed his advice to the letter and got better in a few weeks, while maintaining some training. I returned to competition on Aug 27th, ran many of this year’s XC races, and contributed to my team achieving 4th place at the PA/USATF 2011 XC Grand Prix. More recently I completed a half and full marathon part of the PA/USATF road racing Grand Prix and was part of the “A” scoring team. A great feeling ! I think we will take 3rd place in the Grand Prix this season, the best the club has done in years … Thanks Doc !“