Angry about lost time from running in a fracture boot - DOC

Angry about lost time from running in a fracture boot 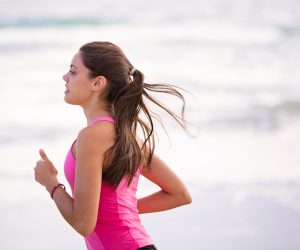 Today on the Doc On The Run podcast, we’re talking about being angry about having lost time from running in a fracture walking boot.

I’ve experienced this myself. When I was in med school, I got a stress fracture in my fifth metatarsal and I was told I had to wear a fracture walking boot for six weeks. I canceled a trip. I disappointed my buddy who we’d been training for this thing together and it was really frustrating.

And even today, honestly, sometimes I look back and it kind of irritates me still, even though that was many, many years ago. I just felt like I got gypped out of a trip and out of a lot of fun activity because I think I wore the boot a lot longer than what I would recommend to one of my patients today. That can be really, really frustrating. 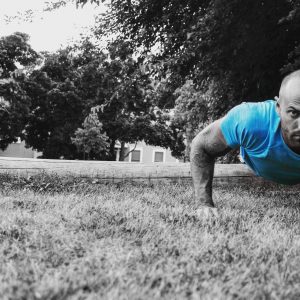 I was recently talking to a runner who had to cancel a 50K.

We were doing a consultation call, and once we were talking to him, I was able to at figure out that he could start running not several weeks from now like he’d been told, but he could actually start running right now and he also might’ve been able to run even earlier if we’d done that call earlier.

Now, of course, he got really upset about this.

It is really easy to get angry and resentful about feeling like you wasted time in a fracture walking boot while you’re recovering, maybe unnecessarily just because you’ve been sitting around recovering, doing the standard routine and maybe you or your doctor hasn’t been proactive enough and you haven’t been able to get back to running fast enough.

But you really can’t hang onto that anger or resentment.

It is not going to be helpful to your overall state and it’s really not going to help you recover faster if you’re looking back at the past.

When I was racing motorcycles … It’s an interesting thing when you start racing because you may be used to riding a motorcycle, but then when you start racing motorcycles you have to modify the motorcycle so that it won’t be dangerous. If you crash, obviously you don’t want broken glass all over the track, so you have to remove the headlight and the tail light and the turn signals and the mirrors because those things can break and shatter and get debris all over the track. That could cause other people to crash.

Believe it or not, it’s a very strange sensation when you first start riding a motorcycle that doesn’t have mirrors because obviously when you’re on a motorcycle on the highway, you’re looking in the mirrors all the time to make sure that everything’s safe around you.

Well, when I was first racing motorcycles, there was a guy named Fred Provis who was one of my mentors. He noticed when I was in races that I often would see how close somebody was behind me while we were racing. I would sort of turn around to look behind me.

One day we were at the track and Fred said, “Hey man, there’s nothing that matters behind you. You need to stop turning around. Everything that’s important is in front of you. There is no useful information behind you.”

And that is really analogous to what happens when you have these running injuries and you become resentful or upset or frustrated. When you hold onto that frustration or anger, we call that resentment. And it’s continually looking back in frustration, wishing that you could change the past, that you could have things different today by just wishing for the past to be present.

And that’s crazy. Carrie Fisher, who played Princess Leia in Star Wars, has one of the best quotes ever about resentment. She said, “Resentment is like drinking poison and waiting for the other person to die.” If you’re resentful at the doctor, if you’re even resentful at your coach or yourself because you think you took too much time off of running and lost a lot of fitness, that is not going to help you. You have to move forward. You have to forgive yourself.

Oprah actually has a great quote about forgiveness. She said, “True forgiveness is when you can say, ‘Thank you for that experience.'”

So you can take that experience of being injured, of wearing a fracture walking boot of getting injured, and then realize that A)…you have something that you could learn about it. You could figure out what you could do differently before you got injured.

And then B)…once you’re injured, you could really think about what you did that actually worked during that period of recovery so that you can take those things and apply them earlier when you think you’re about to get another over-training injury.

So there’s no need to sit around and be resentful. And if you’ve been in a fracture walking boot and you’ve lost some fitness, even if you think you lost too much fitness, you have to remember the very best time to plant a tree was 200 years ago. The second best is today.

So yes, maybe you wanted to keep building fitness over that period that you were in the boot and you can’t, but that’s okay. You can start today.