#652 I think I tore my plantar fascia. Can I run this weekend?

“I think I tore my plantar fascia. Can I run this weekend?” Well, that’s a great question, and that’s what we’re talking about, today, on the Doc On The Run Podcast.

I got a call recently from somebody who had a unique situation, but it’s really not that rare, truthfully. But I think that this case will be instructive of helping you figure out when you can make that decision on if and when it might be safe for you to run right after you had an injury, but you have a really important event you want to do.

You got to really think about this. This has got to highlight the way you think about injuries and what you can do. So, here’s the story. 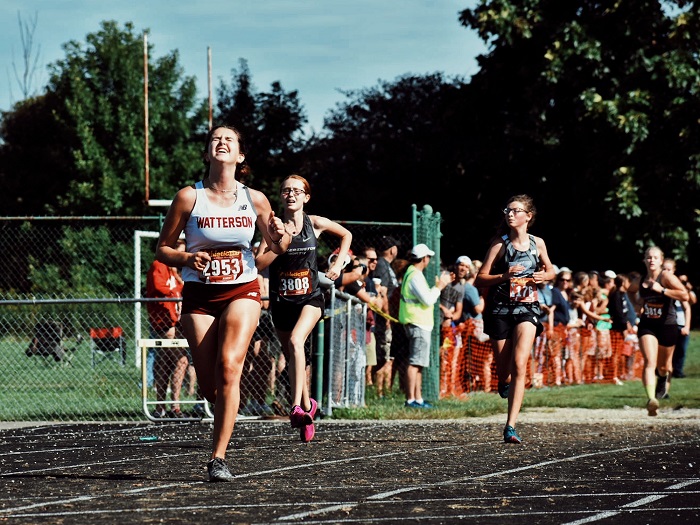 Now, the plantar fascia is the biggest ligament of your foot, and when you get a tear in it, it’s usually a pretty significant thing. But sometimes, you can get what we call an intrasubstance or interstitial tear, which means it’s sort of on the inside. So, if you looked at it on the outside, you wouldn’t see it, but it could be on the inside. Now, in general, those can calm down a lot faster than when you have the whole thing ripped, obviously.

We had to talk about this. What are we going to do? So, she has this problem. She wants to do the race. She’s a high school kid. She’s tried super hard, worked super hard. She’s made a huge improvement, as compared to last year. Her team qualifies for the state championships in cross country, and obviously she wants to go.

So, her dad booked a webcam call online, and we jumped on a call to try to figure out whether or not there was any game plan that would allow her to run. Again, this call is on Thursday. So, she had the injury on Wednesday. The next day we’re talking on Thursday. Two days later, day after tomorrow, is when she wants to go and actually do the state championships.

She’s supposed to drive to the event the next day and then run the course tomorrow. And then the day after tomorrow’s, Saturday. Well, that’s the end of the season. It’s a state meet. She qualified. It’s super important to her.

Well, this was her big goal for the year. Good news is that, soon as that race is over, she can actually take some time off, without any serious consequences. So, that’s really important. So, that Makes it more reasonable to try to attempt some things to see if you can do this event because, again, this is a big goal. Now, she also was a top team member, so she didn’t want to disappoint her team as well.

All right. So here’s the things you have to weigh in when you’re thinking about this. Number one, the importance of the event. How important is it to you in the grand scheme of things? Is it really important? Or just like it’s just kind of a B race. It’s not really one of your A races. It’s not really that important. You have to think about that first.

If you do the event, and you make it worse, what is the risk of any long-term damage? If you have a 50% tear in your Achilles tendon that just happened, and you go run a marathon two days later, well, you may completely rupture it, and you will never be the same. That would not be good. If you have a stress fracture in your heel bone, and you break it into a bunch of pieces, and you wind up with subtalar joint arthritis, that would not be good.

So, you have to think about this risk of long-term damage that could happen as a consequence of you trying to participate in your goal event, if you’re actually injured.

The next thing is the probability that some rapid recovery strategies might actually make a difference in a short period of time. So, if she tries a bunch of stuff that can actually really rapidly reduce the inflammation and maybe allow her to make it through the event, well, then, that might be okay.

The last thing that you have to weigh, is whether or not you know how to make the call while you’re running. So, if you’re able to feel it, if you’re able to tell if it’s getting worse, and you’re willing to actually drop out of the race, mid-race, if it’s really killing you, and you’re potentially making it worse, well then maybe it’s more reasonable for you to try this race. But you’ve got to weigh all of these pieces.

So, we had this long talk about what all of these things, of course, about how to weigh them, what was important, what was not important. It was obviously very important for her to do this race. So, we came up with some strategies for her to try to really calm it down as fast as possible, right away. And then, she was going to go to the event and see how it feels.

Now, of course, the next day, I had to fly out of town to go see one of my VIP patients who had an injury, where I had to do some diagnostic ultrasound and stuff on him. And, so, I was gone all day Saturday, but I was thinking about her. So, I was on the plane, and I kept thinking about her, and I was wondering how she was doing.

Once I got back and I landed, actually called her dad and said, “Hey, just calling to check in and see how it went.” Well, her dad was thrilled, and she was on the phone, and she actually did really well. So, she was able to calm it down. She actually ran the course and then actually did the race. And, so, she got to fully participate in this thing that, you can imagine, as a cross country runner, how important it is to you when you actually qualify for something like that, to be able to do it, instead of skipping it.

But in the end, if you decide it’s worth the risk for you to do this one thing and accomplish this goal, well, it’s your foot. You have a right to decide that. You’ve got to have a prolonged discussion to figure that out most of the time, but you can figure it out. That’s the key here.