Plantar plate imaging, MRI versus Ultrasound. That’s what we’re talking about today on the Doc On The Run Podcast.

I know doctors who I really respect, who are athletic, who are really good doctors and really good people who tell me their approach is pretty simple when somebody has a plantar plate sprain. They tell them to try to stop running first and see if it gets better. If it doesn’t get better, they put them in a fracture walking boot. If that doesn’t get better, well then they do something like a PRP injection and if that doesn’t work, they take them to surgery.

Now, I most often get runners better without surgery and that’s not because I’m a better doctor, it’s because I really put a lot of attention into educating the runners about how to do all of these things to get it to heal quickly and without surgery. When you have surgery, all the rules change. Now, the problem with imaging is that they’re sort of cut and dry. A lot of times doctors are saying, “Well, if you get an MRI and it shows that you have a rupture to the plantar plate, that means you have to have surgery.” Maybe yes and maybe no. It depends on the extent of the injury, not just whether there’s a tear or no tear. It’s not that simple. 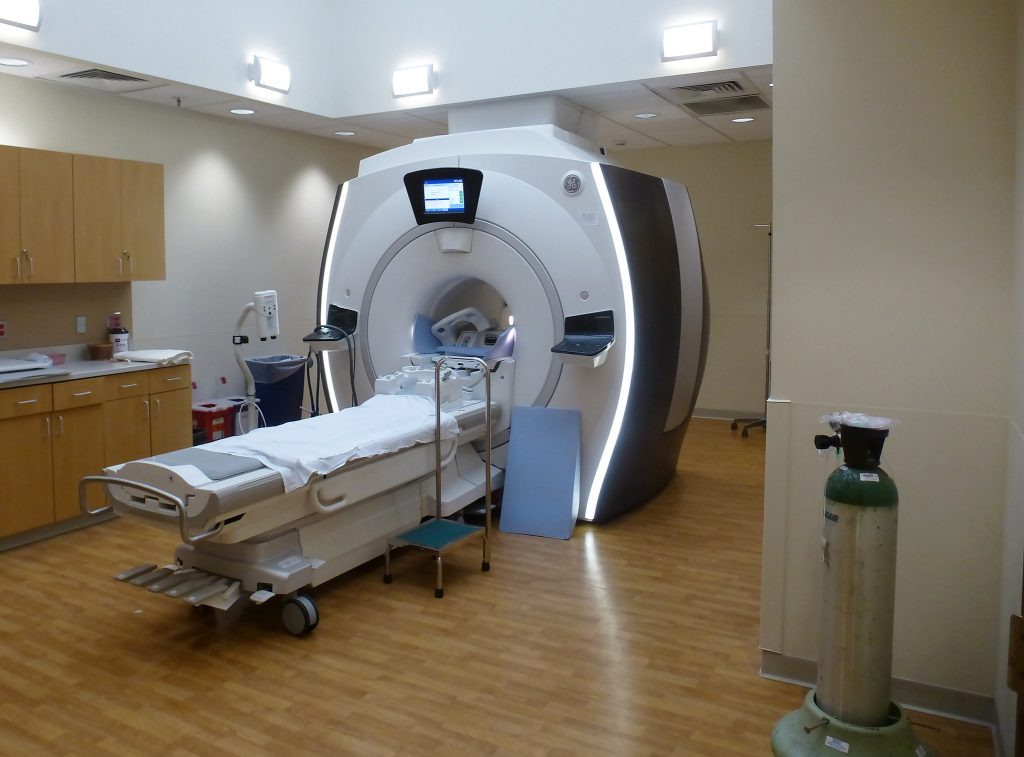 A couple of different kinds of imaging can give you lots of different clues about how bad the injury really is. MRI and ultrasound are two of those options, and I thought it might be worth talking about the differences between these two. Now, an MRI is probably more common for runners than ultrasound. MRI is really simple. It’s sort of like a fancy x-ray that uses a magnet instead of radiation or x-rays, but it creates a series of a whole bunch of pictures. You get a lot of pictures, a whole bunch of pictures.

The problem is, is that very, very few of those pictures actually image the plantar plate itself. Most of the time when I do second opinions for runners, it seems like the slices between each of these images on the MRI is about three and a half or four millimeters and if you think about how big that really is, well, it’s a long way in the foot. And when you’re talking about something as small as the plantar plate ligament, you can easily miss the pathology.

When I lecture at medical conferences on these topics, I’m always explaining to doctors that, “Look, just because the radiologist says there’s no tear on the plantar plate, doesn’t mean that that’s not the case.” And I actually present in these lectures a case where it was a plantar plate sprain, the radiologist said, “There’s nothing, it’s an aroma.” And the podiatrist looked at it and said, “It’s totally torn. What are you talking about?” And he called the radiologist, and the radiologist had to type up an addendum after he looked at it when the podiatrist prompted him to, to realize that, okay, he missed it, and it was completely torn.

The problem is, again, is that these slices, they don’t go through the whole ligament. They may catch one part of it here or one part of it there, but it’s not the entire length of the ligament because the slices are just too far apart.

The second thing with MRIs is that it’s a static image. Now, it does look impressive because there’s so much detail and there’s so many different pictures. But again, very few of those actually focus on the plantar plate ligament. So it’s a whole lot of stuff, but it is one static picture of one place in your foot, one slice at one moment in time while you’re just laying there in the scanner.

The other thing is that MRIs kind of take a while. A lot of times I mean, I saw somebody recently who had an injury. He really needed an MRI. It took him about three weeks to actually have his insurance company approve it and then finally get scheduled for the exam and get the exam. So if you’re a runner and you’re not running, three weeks is a long time to wait for a study like that.

In MRI, it’s the image of the whole four foot. But the ultrasound, we’re focusing in on that ligament and it’s also dynamic. We’re doing this live and so what we can do is we can distract your toe. We can move your toe up and down. We can stretch the plantar plate ligament and see does it look like it’s staying intact, does it look like the plantar plate is adhered or stuck to the metatarsal head because it’s been injured and scarred down, is it moving freely of the surrounding structures or is it not. And those aren’t things that you can actually evaluate on an MRI.

In many ways, the ultrasound can be better if you have someone who can do it. Not everybody does it. The other thing is that if you’re seeing somebody who’s doing ultrasound, well, it can be faster and it can actually cost less than an MRI. So some doctors won’t even charge you for it at all. Some of them will roll it into your office visit and just bill for that to your insurance company. But it can be faster and it can cost less, but that’s only if it’s somebody who does it, who likes doing it, and who is adept at interpreting the images when they’re looking at them. But there are two different ways that you can evaluate it. Some people get both. It’s not usually necessary to get both, but they do have different benefits. The ultrasound is mostly interpretation, but again, so is the MRI. And if the radiologist reads it wrong, it can really confuse things.

So I hope this helps you understand a little bit more about the differences between ultrasound and MRI when you’re trying to get a look at the plantar plate to figure out if it’s really torn, really not torn, how severe it is and whether or not it’s going to take you a long time to get back to running.

Now, if you want to learn more about the plantar plate ligament, I created the Plantar Plate Masterclass for runners. It’s free. It’s a deep dive into all the things you need to understand about plantar plate injuries if you’re a runner and you’re trying to run. So you can get it free at www.docontherun.com/plantarplatemasterclass. So go sign up and I’ll see you in the training.