#597 Hallux Rigidus vs Hallux Limitus, what is the difference? - DOC

#597 Hallux Rigidus vs Hallux Limitus, what is the difference?

Today on the Doc On The Run Podcast, we’re talking about hallux rigidus versus hallux limitus. What’s the difference?

Now, in this episode, we’re talking about the differences in a condition called hallux rigidus or hallux limitus. Now this is a condition that affects the big toe joint and what we’re talking about here is right where your big toe attaches to your foot. So if you get pain and swelling and discomfort particularly in and around that joint, this can be a condition called hallux limitus or hallux rigidus. There are really a few things that define the difference between these two conditions and we’re going to talk about those today.

The first thing is that what we’re talking about here, and I’ll just explain it, is that when we look at your foot at the big toe joint, you’ve got a few things that could be causing pain and discomfort in there. So you have the first metatarsal bone that comes down here, and then you have the proximal phalanx bone, and you have the distal phalanx bone in the toe. You have the two sesamoid bones underneath there, and you have a joint capsule that kind of connects everything and holds all the fluid in that joint. But when you get pain within this joint, it can happen because your big toe joint doesn’t move appropriately. Now, if it doesn’t move appropriately, we mean really in this direction. So if it doesn’t move up, if it doesn’t move up enough and it actually jams within this joint, then you can start to get pain in there.

Now, so what’s the difference between this thing called. Well, so I’ll write them down here. So you’ve got hallux is the medical term for, you want to guess? Well, it’s the medical term for the big toe. Now, if something is rigid, what does that mean? Well, it doesn’t move a lot. So you have two different terms that basically describe the same conditions. You have hallux rigidus, and you have hallux limitus. So limitus obviously means just like this means rigid, this means it’s limited in some way. The primary difference between these two good conditions is really a few things. It’s really the same condition. You got to think about this. When I was in medical school, I actually was very interested in this condition. So I actually wrote a review article that was published in a medical journal called the Foot and Ankle Review. I wrote an article that was entitled From Functional Hallux Limitus to Hallux Rigidus, a comprehensive review.

What I did is I went through and wrote this article that was intended for medical students who are learning about these conditions and I explained in detail basically all of the things that can cause it, all the treatments that you can do yourself, all the treatments that physicians use in terms of all the different types of surgical approaches. It was a pretty long article and was published in three separate parts in this medical journal and you might find it useful. So actually, if you’d like a PDF of that actual paper that I’ve published, you can get it by going to docontherun.com/halluxrigidus, spelled like that, halluxrigidusreview. You can download it and you can look at it. And again, since it was intended for medical students, you might find it really useful to help you understand this condition if you happen to have it. But you can get it for free there.

All right. So back to the difference between these two things. So what’s the difference? Well, they’re kind of the same thing, but different answers to the spectrum. Now the first thing that is the difference between them is that there’s a thing that we use to name conditions. It’s ICD-10 classification system or International Classification of Disease and when you go to the doctor, if you have pain in your big toe joint, they look at you, they see that you have some bones spur and pain, some difficulty in the big toe joint and they diagnose you with this condition. 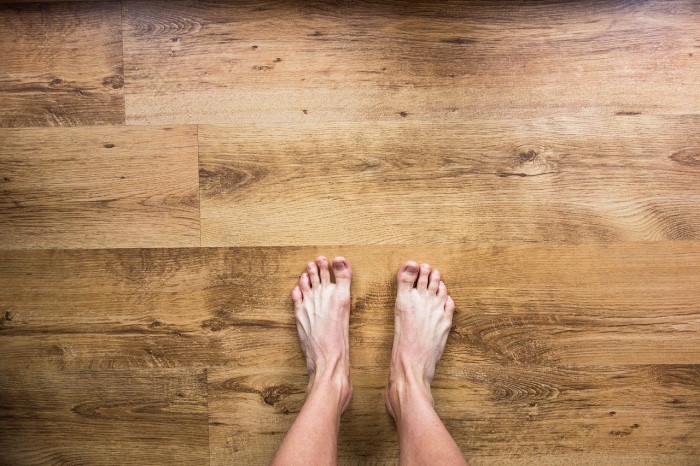 So that’s the first thing, is that almost always even if you have a very mild case, it’s just starting, you have just a little bit of limitation of range of motion in the joint when you’re walking and you don’t really have an arthritis in the joint yet, you don’t have any damage to the cartilage, you don’t have any bone spurring or the other things that happen, to me that’s really hallux limitus where you just have a little bit of limitation in the way the joint moves that’s actually causing some discomfort, but it’s not really rigid yet. Now, rigid means it’s rigid. It’s not moving ad that’s different. So the first thing is that, number one, there’s a code for hallux rigidus. No code for limitus and so since there’s no code for that, you’re never going to see your doctor actually send an invoice that has a diagnosis of that.

The second thing is whether it’s structural or functional. And what do I mean by that? Well, a structural limitation is one that you really can’t undo. Functional is one that is happening when you move a certain way. So let’s say you have a really tight Achilles tendon and your ankle doesn’t come up, to make this simple, right? One way to work around that is to actually pick your foot up earlier so that you don’t have to pull your foot up. If your big toe doesn’t move up as much, you can actually tilt your foot so the big toe has more room to come off of the ground because you’re keeping it off of the ground and sometimes because of the way that you’re structured, the way that your foot is shaped, all different varieties of things, you can have a limitation that’s only happening at certain times, but you’re able to move it and compensate for it. And that would be functional hallux limitus.

Structural means it doesn’t move. So let’s say you actually damaged the joint, like you had an injury. I saw one guy that was a… He was in the Olympics in wrestling. He had jammed the joint really, really badly when somebody threw him. It actually broke the bone and he ended up having what was effectively bone healing across there so that it was completely fused. That’s the thing that we call ankylosis. It means it’s fused completely and so that was completely rigid. It won’t move. It’s straight. This is basically like one solid bone now where it was two bones before, and that’s a structural problem. But if it’s just jamming because you have a tightness in a different other part of your foot or you’re compensating for it in some way, then that’s a functional thing. So one of them moves. One of them does not move.

The next thing is, which is worse? Well, that depends on your view of things. Now, generally speaking, you would think the more rigid it is, the more of a problem it is. And it is true that’s the further down the line of the pathology, because the grading scale or the staging scale or the classification scheme for these, it basically goes from sort of mild to worse and at the very end of the spectrum, of course, is where it’s fused. What happens is that when you move this and it gets irritated, eventually your body will try to stop that painful motion and over time you’ll get more and more bone spurs and things like that in the joint, more and more damage to the cartilage and if it goes on long enough, believe it or not, your body will actually fuse that joint. When it fuses it on its own, there’s a term for that. Of course, there’s a medical term for pretty much everything and that term is ankylosis.

Ankylosis means that it is completely fused. And what do we mean by that? Well, that’s like this thing here where you have this bone, and if you form solid bone all the way across the joint, it’s now fused. It’s in a state of ankylosis, which the medical term actually defined ankylosis is the consolidation of bones or their parts to form a single unit. At that point, you actually will not have pain if you can get to that point because the pain happens when the destroyed arthritic joint moves. If you remove the painful motion, you remove the pain. So when you have really bad arthritis because of hallux limitus or hallux rigidus and your doctor’s telling you need a fusion, they’re telling you, they’re going to basically do this, and they’re going to stop the pain by stopping all of the motion in that joint.

I remember in medical school, there was a professor named Dr. Dobbs. He said in class one day, he said, “What is ankylosis?” And one of the students said, “It’s autofusion within a joint.” And he said, “No, it’s a fusion the surgeon didn’t get paid for.” And so the truth is I’ve seen a couple of patients who had had injuries who had actually suffered through the painful process of developing the arthritis and gotten to the point where it’s completely fused. When I grabbed their big toe and tried to move it, no motion at all, also no pain at all. That’s a painful process though. So if you can actually get through that process and let it fuse, well, that’s great, but that can take a really long time. So the ankylosis, the auto fusion is probably the furthest end of that spectrum and probably the worst, but there are very few patients who can actually suffer long enough to let it fuse on its own. You usually just get a lot of grinding and damage within the joint, but that’s way later.

There’s a whole set of things along this continuum that can happen in that process. But you really just have to understand that when a doctor tells you hallux limitus, it means you have kind of a mild form of this where it’s earlier in its progression. When they say you have hallux rigidus, they’re either speaking about this diagnosis code thing and just calling it that because they don’t want to explain the difference between these things, or they might mean that you’re further along in the process of destroying the joint because you haven’t done something to stop the irritation that can lead to the destruction of the joint over time. Those are really the big differences between hallux limitus and hallux rigidus.

Now, again, if you want to learn more about this, if you want to read that whole review article that I wrote where there are images I drew about all the different kind of surgeries you could have, all the different things your doctor might recommend to you, all the things you could do at home, you can get it free by going to docontherun.com/halluxrigidusreview. You can get it for free there. So thanks for watching and I’ll see you in the next episode.