Today on the Doc On The Run podcast we’re talking about how sesamoid pain got misdiagnosed as fourth and fifth metatarsal stress reactions.

Now, if you’re watching this, maybe you have sesamoiditis, maybe you have a metatarsal stress fracture, but in any event, this example is going to really illustrate how MRIs can get misdiagnosed and lead you astray and how you really have to think about what your goals are, what’s going on with you, and what it really means when and where you have pain in your foot when you’re a runner.

You have two little bones under your big toe joint that we call the sesamoids and so the sesamoid bones are sitting here and here, and they’re two little round bones. If you look at it from the side where your big toe joint is, basically, this is your foot from the side if this is your big toe, and you have the first metatarsal bone sitting here like this. You have little sesamoid bones. There are two of them and they sit right under the joint right there. So if you start getting pain in the sesamoid and it hurts, then what do you think you would do? 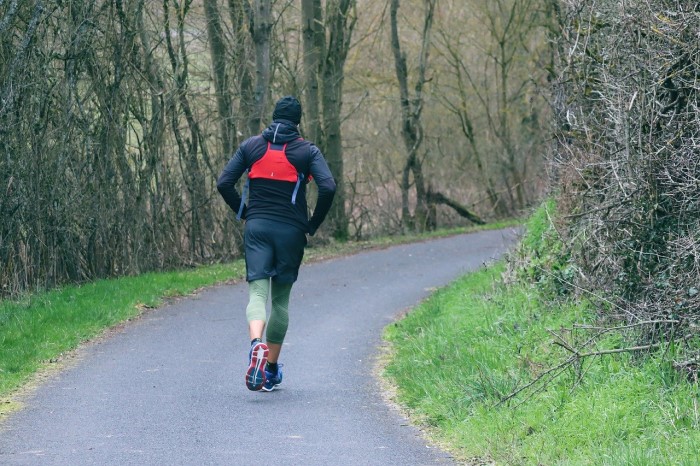 Let’s say that you have pain under the sesamoids and obviously, if this is your foot on the ground, this is your leg relative to it, what is one way that you could remove the pressure and tenderness under here? Well, the simplest way is to actually tilt your foot, right? So if your leg is going up like this, and this is where metatarsal number one is, and this is two and three and four and five, and you’re trying to get the ground away from the sesamoids because it hurts when you step on them right here, you’re trying to get those up away from the ground, so you supinate your foot, you tilt your foot so that you are away from the ground, well, that relieves the pressure in that area. But what does it do? It puts a huge amount of pressure on these two little metatarsals on the outside of the foot. So when you put pressure on the outside of the foot, it will overload those bones and you start getting inflammation forming within the bones.

What happened in this case is that this athlete had pain in one of the sesamoids. He was holding his foot in a corrected position, keeping them off the ground because it hurt when he did that. He wasn’t doing that consciously. He was doing it unconsciously. But he was sent for an MRI and the first thing that the radiologist mentioned in the report was that there was a signal change in the fourth and fifth metatarsal bones, which is these two over here, that looked abnormal and the doctor called that a stress reaction.

So what happens? This athlete has a little pain under the big toe joint, is supinating, compensating, trying to take pressure off of that area, keep it away from the ground. Gets inflammation in here, gets an MRI. And the first thing the radiologist says is, “You have stress fractures, basically. You have stress reactions in this bone and this bone.” Now, you do not have to be a doctor to figure this out, right? This area of the foot way over here is not this area and all the patient’s pain was here, and none of it was over here. There was no pain over here, but on the MRI, because there was inflammation within these bones, because it was getting overloaded and there was more pressure on it, it was read basically as a brewing stress fracture and that obviously could lead the doctor astray, lead the patient astray. The patient’s like, “Well, what do you mean? Those don’t even hurt. What do you mean? Are those broken?” No, they’re not broken.

This is a good example of how it is in an MRI, when you get an MRI for one thing can show something completely different that actually looks worse than the first problem, and it’s not actually a problem at all. If you have inflammation within a bone, but you have no pain at all, that is called a stress response. It is not a stress reaction. It is different. It is a thing that you do to actually make tissue stronger. Just like when you train, you go work out, you get sore in your muscles because you trained, you did tissue damage and in response to that tissue damage, the tissue becomes stronger and then you can run more, do more, lift more, whatever and that’s the same in the bones. But it looks pathologic to a radiologist. And if they think it’s pathologic, then that limits your activity unnecessarily.

Hopefully this helps clarify a little bit on why you should pay attention, real close attention, and get a second opinion when you have an MRI and you’re a runner. If you found this useful, if you found it helpful, please like it, please subscribe, please share it with somebody who’s a runner, and I’ll see you in the next training.