Should weight loss be a part of your running injury recovery strategy? Well, that’s what we’re talking about today on the Doc on the Run podcast.

The other day in the runner’s aid station, where I answer questions for runners who are trying to get back to running as quickly as possible. Well, I got a great question and this was, if I get stress and strain on my foot, because I’m overweight, should losing weight, be part of the strategy to actually get it to recover as fast as possible? 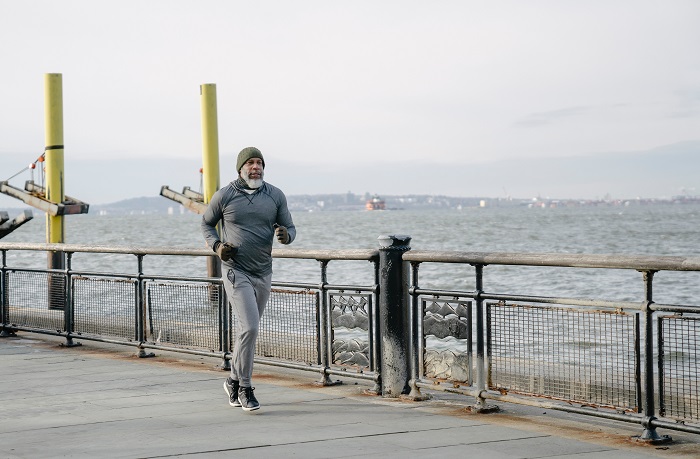 This is a great question. In many ways, it’s completely reasonable. I often talk about how important it is to reduce the stress and strain on the one injured piece of tissue that’s trying to recover, so that it can actually heal faster and you can get back to running. Well, there are lots of ways to do that and sometimes doctors actually tell patients that if you weighed 20 pounds less or 40 pounds less, well, there’d be less stress and strain on your foot and you would heal faster.

That’s probably true, but it’s an unrealistic strategy for several reasons and it’s not one I’m a fan of because how are you going to lose weight? You can exercise more, so if you’re exercising more in a way that actually puts more stress and strain on the injured tissue, that is not going to help. If you can do it without putting stress and strain on your foot, okay, fine. If you can do it with putting some pressure on your foot but not putting it on that piece of tissue, maybe that’s fine. But what I also know is that many people who are trying to lose weight, one of the primary strategies, and most consistent strategy that you see as a component of weight loss, is calorie restriction.

If you limit your intake of food, if you’re just cutting calories and eating less, you have not only less calories to gain weight, but you also have less building blocks to actually rebuild the tissue. So you cannot build anything without the materials that it takes to put it together, that’s from nutrition. I never want people to just blatantly ignore their nutrition strategy.

What I see runners do wrong a lot of the times, frankly, along those lines, is that they’ll have a very dedicated nutrition strategy when they’re training and then when they get injured, they think, well, I’m not training, so I don’t have to really pay attention to my food and it doesn’t matter that much. But the injury that you have from over-training is really the same process of repair that you have when you’re actually training and doing well. If you do mile repeats or a long run or a hard workout, you know you’ve got to eat well to rebuild that tissue and cutting calories to lose weight when you’re recovering from a big piece of tissue damage where you have an over-training injury, terrible idea. So don’t do it.

If a doctor tells you that you need to lose weight to get your injury to heal, they don’t know what they’re talking about. That doesn’t make any sense. You’ve got to get this thing healed first. So would it be better if you lost weight? Maybe, I don’t know, but that’s not my area. My area is helping injured runners who have a foot and ankle injury and they want to get back to running as quickly as possible. So do everything you can to focus that healing, get back to running, and then worry about the weight loss part later. You can always deal with that. But do not take weight, loss strategy, calorie restriction, any of those things that might actually impede your healing, and think that’s going to make you heal faster because it won’t.