Today on the Doc on the Run podcast, we’re talking about two opposite ways injections could help a tarsal coalition in a runner.

Today’s episode actually comes from a runner who was suspected of having a tarsal coalition, and he was trying to figure out what to do. He had previously had an amniotic fluid injection, what is sometimes referred to as a stem cell injection, to try to relieve his symptoms for a different condition. And because of that, he was asking me whether or not an injection, like a stem cell injection, might actually help his tarsal coalition if that’s what he actually has right now.

So this is a great question, and you have to think about what injections do and what the goal is with the runner to figure out which is best for you. A tarsal coalition is a thing where you actually have an abnormal union between two bones, and tarsal coalition sounds like a complicated term, but it’s really not.

Tarsal coalition just means an abnormal union between two tarsal bones, like a coalition is a union between forces. If you have a tarsal coalition, it’s not normal. Now it’s not always bad. It’s not always pathologic, it’s just not normal. So if you have a bony coalition, that means you actually have a bridge of rigid bone connecting two bones, effectively making them welded together and immobile with respect to each other. So they move as a unit when they normally should move individually.

There’s a couple of other ways too. Where your talus sits on top of the calcaneus for example, you have a lot of cartilage that’s in contact between those two bones. Sometimes, you can get a cartilaginous coalition where the cartilage actually bridges across between two separate joint surfaces and makes them connected.

Now because the cartilage is flexible, the bones move a little bit, a little bit more at least than when you have a bony coalition, but they can be pretty adhered depending upon how much cartilage there is between those two bones, that’s actually completely connected. 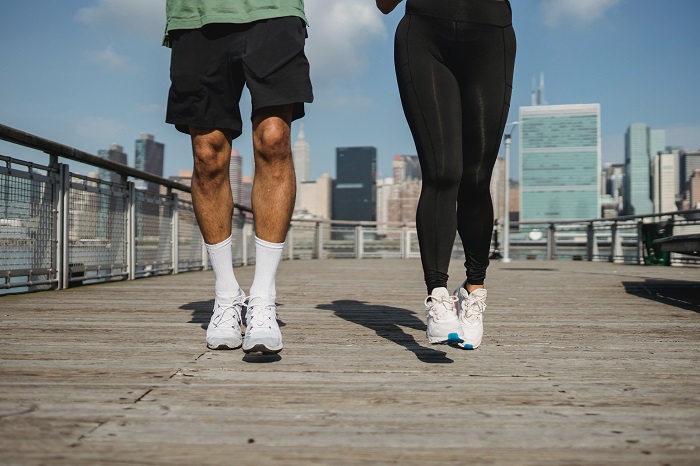 Then you can get a thing called a fibrous coalition, which is basically where you have a band of scar tissue, which is mostly collagen that has collagen strands in it, which is why we call it fibrous, because it’s a bunch of fibers connecting those two bones. Well, that’s sort of like connecting two bones together the way that a ship gets connected to a dock with ropes. The ropes obviously hold this huge thing there and keep it from moving. So in a similar way, a fibrous coalition can keep two big bones in the rear foot from moving the way they should naturally.

Sometimes you get symptoms because there’s actually this limitation in motion. Now, if you have one of these soft tissue coalitions, then when it starts moving, and if it moves too much or you do some kind of workout that stresses and strains it and actually disrupts or tears that coalition, you could have pain because it’s torn.

Now, that’s not always bad. Sometimes once you tear it, it’s actually more normal motion. But sometimes if you’ve been training and running for many, many years without any trouble at all, and then you suddenly have some kind of injury where you’ve tripped or stepped in a pothole or something like that, and you’ve ripped it and it hurts because you now have natural motion in your foot, then you obviously would want it to heal.

So if your goal is to try to stop the pain and inflammation, because you have an upcoming event, you can do that with one type of injection. That’s a cortisone injection. Cortisone is a great thing to stop inflammation and decrease pain that’s coming as a consequence of inflammation.

When you see professional football games or basketball games or baseball games and some professional athlete gets injured and they say, oh, well, they had a shoulder injury or a knee injury. They injected them with cortisone and they’ll be playing next week. Well, that’s exactly what they’re doing. They’re basically stopping the inflammatory process so that they can play in the short term, but that comes with a risk of actually preventing the long term healing that could make it better in the long term.

So if you’ve trained for many years to do the Boston Marathon and you really don’t care, you just want to do the Boston Marathon and that’s your primary goal. Then your doctor might recommend a corticosteroid injection to actually calm it down and get you through the rest of your season and through that event intact. But you have to understand there’s some risk that it could get worse as a consequence of that.

Now the other option is to do something that actually stimulates a lot more healing, instead of just stopping the inflammation. That would be something like a PRP injection, which is platelet rich plasma, where we take some of the blood out of your arm and spin it down and take the platelets and inject them in there to basically get all the growth factors and stimulate healing in that area.

You could do a thing like a stem cell injection or an amniotic fluid injection that also contains all those growth factors and tries to recruit stem cells to the area to try to get it to heal. But they’re complete opposites of the exact same spectrum. When you do a stem cell injection, a PRP injection or anything like that, that stimulates a healing response, you have to immobilize it and let it actually heal for a very short period of time. But you’re trying to actually restore the coalition back to its healed state when you do that.

If you have a tear in a soft tissue coalition and you inject it with corticosteroids, you’re probably going to do two things. One is it’s going to feel better, faster because you stop the inflammation. But it may also weaken any of the collagen that’s holding the rest of it together, and that might actually rupture or tear later once the pain goes away and you resume training.

Now again, when we do a tarsal coalition take down, which is a surgery where we go in and cut it out, well, that’s effectively what you’re getting when you have a partial tear or near complete tear of the tarsal coalition. And then we inject corticosteroids and it tears a little bit more later.

Whether or not that actually is going to be best for you is a completely different story. So you got to talk to your doctor in detail about that, and if you’re in doubt about whether or not that’s right for you, make sure you get a second opinion with somebody that understands running injuries. That’s the way though that you can have two completely different opposite effects with different injections for the same condition called a tarsal coalition.