Today on the Doc On The Run Podcast, we’re talking about limb length discrepancy compensation in runners.

Today’s episode actually comes from a telemedicine visit where I just did a discussion with a runner who has been having some pain and it’s not killing him, but it is flaring up on some of his hill repeats in a couple of different workouts. And he remembered since he started training for his next event, that he has had a history of problems whenever he would run a lot. And of course, as he’s now getting into his phases where he’s ramping up for his fitness, he’s a little worried that he’s going to start getting some kind of recurring issues or wind up with something that sidelines him. And so he’s trying to do a bit of prevention.

Now, truthfully, this guy is way ahead of the curve. Most people do not actually call me just to make sure they’re not going to get into trouble. They usually call me when they’re not only into trouble. They’re basically in a fracture, walking boot or some dire situation where they’re trying to figure out how they can do their event in spite of the fact that they’ve been told they have something like a stress fracture or a plantar plate tear, or some other kind of injury that could really sideline you.

So hats off to him for actually paying attention and realizing that after this one workout, when he had pain, he needed to do something. Now what he remembered from some prior discussion with physicians way in the past is that he was told he had some kind of limb length, discrepancy, and a discrepancy is obviously a difference between two things. And so he didn’t actually even remember if it was right or left.

That’s also very, very common. Most of the time, when I see someone who has been told they have a limb length discrepancy, they don’t even remember which side it is. It really doesn’t matter. It’s not that big of a deal, but we can figure it out. And so today I just thought I would talk about some of the things I shared with him in terms of what a limb length discrepancy really means and what it means to compensate for it and adjust for it when you’re a runner.

So we’re all asymmetric in some respect and we look pretty much the same on both sides. But the fact is that we are not perfectly symmetrical and oftentimes you’ll have one arm that’s slightly longer than another or one leg that’s slightly longer than another. And sometimes even if your legs are actually from your hips all the way down to the soles of your feet, if they’re the same length, but you have some tightness in one area like in your low back, for example, then you may actually create a limb length discrepancy by sort of standing a little bit sideways, twisting, pulling your hip up or something to compensate for that tightness in your back or some curvature in your spine or something. 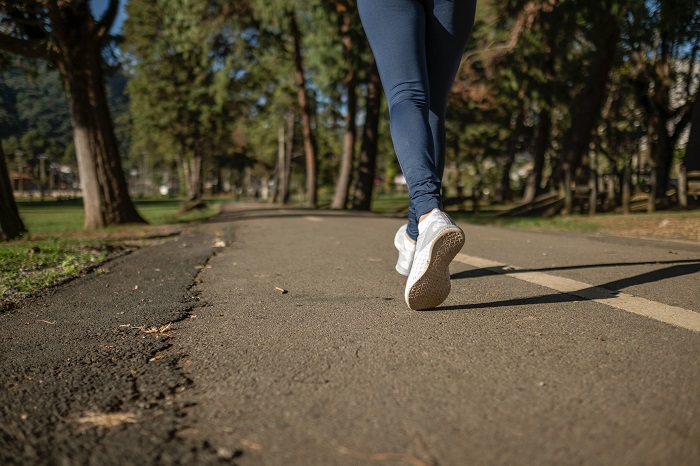 Now most of the people who have a limb length discrepancy, well, that basically means that one leg is longer than another. Why does that matter? Well, here’s a really simple way to think about it. And this is how I often explain it. If you take a brick and you put a brick on the floor and you put your left foot on that brick and stand on it, well, then now your left foot is a couple of inches longer than your right.

When your left leg is actually longer than your right, because your foot standing on a brick, well you have to do something. Now, if you don’t compensate and that’s just a fancy term for correct the imbalance yourself, well, then you’re going to fall over. So if you’re standing that way and you step on a brick, you’re going to fall over toward the short leg, unless you compensate.

The thing is, when you have a limb length discrepancy, if you think about that brick under your left foot, well, what can you do? Well, basically it pushes that whole extremity up toward you. So you have to lean toward it. And when you lean toward it, you drop your shoulder on that side. So oftentimes the first thing we noticed when you’re walking is your shoulder position.

If one shoulder is dropped down and you’re effectively leaning that way, and your left hip appears higher and you drop the right hip, what means you’re basically twisting sideways to accommodate that, to get the long leg out of the way. So that’s the way that you can compensate. And we notice it in terms of the way that your hips are positioned or your shoulder is positioned, maybe your arms being, if they’re equal length. If one arm appears to hang lower than the other, that means your shoulder has dropped, even if it’s not as recognizable. So those are some things we look for. Now, what it really means when you’re compensating though, is that you’re doing something to adjust for that. And yes, you can pull your hip up. You can twist your back a little bit, but also there are other ways you can do it that lead to over-training injuries.

Now, pronation and supination are things you’ve probably heard of a lot. And when you go to the running shoe store, if you have flat feet or you have too much pronation, they tell you, you need pronation control shoes. Well pronation is where your arch collapses, where your arch comes down toward the ground. And when your arch collapses and comes down toward the ground, that brings the bottom of your tibia or your shinbone that sits on top of your ankle. It brings it down closer to the ground and actually shortens that leg.

When you supinate your foot, your arch rises, it becomes higher. It actually pushes the bottom of your tibia upward and effectively makes that foot longer. So the first two things is that when you think about that as a runner, if you have a limb length discrepancy that’s significant your shorter leg will oftentimes stay in a supinated or stiffened position to increase the height of the tibia and the length of that leg.

Now your shorter leg, I mean, sorry, your longer leg then is actually doing the opposite. So your longer leg is actually pronating and pushing your foot down out of the way to try to get the tibia closer to the ground. So you’re more, even. Now, as you know, everybody who has over pronation or too much motion can get injuries. Now the same is true if you have too much supination, they’re just different injuries. So if you’re pronating to adapt for the length of that leg, and you’re always maximally pronated well, you’re at risk for all kinds of things that are related to over pronation like plantar fasciitis, like posterior tibial tendonitis and all of these other conditions that can basically come because you have too much motion, too much flexibility in the foot, now the other foot, which might be the one that develops problems.

It could be either the other foot because it’s staying in the supinated position, well it’s basically stiffer and because it’s stiffer in the position of your foot, you’re more likely to get things like fifth metatarsal stress fractures. You’re more likely to get peroneal tendonitis, where the peroneal tendons are sort of stretched around the outside of your foot. And you’re also more likely to get stress fractures on that foot. So if you have been told that you have a limb length discrepancy, or you think you have a limb length discrepancy, it’s often worth checking it out. So it’s not really that complicated.

Any doctor can do it. Podiatrists can do it. An orthopedist can do it. A chiropractor can do it. Sometimes you can just send somebody for X-rays to really get a clear look and a clear answer, but you don’t want to ignore it because again, if you’re compensating, I mean, it’s good that you’re compensated because you’re able to run and you’re able to manage it. But the more you increase your activity and the more you get into those big training blocks, the more likely it becomes that that compensation could lead to a specific over-training injury that keeps you on the sidelines and out of the season. That’s what you really have to think about. Thanks for listening.