Today on the Doc On The Run podcast, we’re talking about the top three tips to avoid getting black toenails from your long runs.

I recently did an episode where I was talking about the causes of black toenails in runners after long runs, and I got a lot of comments and questions about, “Well, what should I do?” And we did talk about a couple of different things during that episode, where I was telling you how to check and make sure that you have sufficient space at the end of the shoes, that your running shoes aren’t just too small.

We also talked about how to make sure that if you do have a lot of room in the shoes and it seems like they’re big enough, you really need to make sure that they’re laced appropriately and tight enough and snug enough that your foot isn’t sliding into the end of the shoe. But if those two things are not your issue, then it’s more likely that when you’re swinging your foot through, during what we call the swing phase of gait, that the nails are actually sort of very slightly scraping the material on the inside of the toe box as your toes pull upward when you swing through as you run. 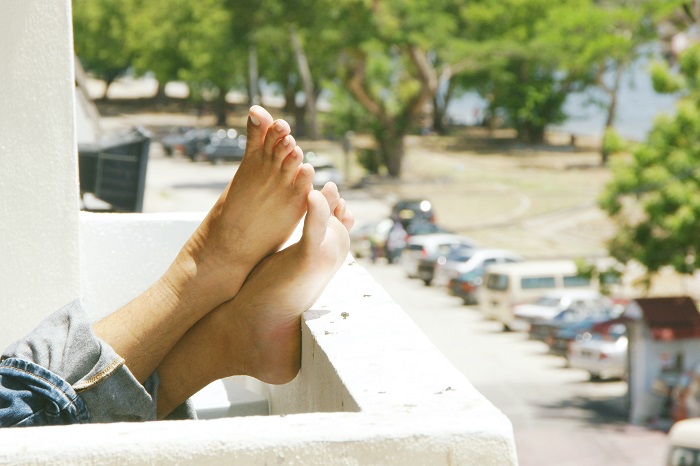 Now that is not a thing you can stop. So if that’s what’s happening, it’s the nails hitting the inside of the shoe. They’re scraping the inside of the shoe and you’re getting repetitive microtrauma that leads to bruising under the nail, and that is a real problem. It’s not just that it’s ugly. It’s not just that it’s gross. You can do a couple of things.

So what can you do about that?

Well, aside from the things we talked about, making sure your shoes are the appropriate size and cutting the nails a little bit short so they’re not as likely to scrape the inside of the shoes, there are a couple of tricks that I found over the years that really have made a tremendous difference.

In that prior episode, I mentioned that when I do pretty much any long run that’s 20 miles longer, marathon and Ironman, whatever, that if I don’t take some appropriate steps, I actually will pretty consistently get black toenails on my second toes.

I know that my shoes are the right size. I know that I’m running in shoes that are good for me and my foot type and everything else, but I’m still getting that issue. So it’s not that it’s a problem or you don’t know what you’re doing if you’re running and you get this issue, but it is something that’s preventable. So what I’ve found is that in the nails themselves, that basically a couple of things really help.

So really just something as simple as taking an emery board and in just a few minutes, just gently filing off a little bit of that abrasive edge at the leading edge of your toenails can make a tremendous difference to stopping that friction and catching that’s leading to the microtrauma that causes the bruising.

The second thing that makes a huge difference is that if you actually use some skin lubricant, like a Body Glide or Squirrel Nut Butter or whatever, you can even use Vaseline for that matter, you just put a little bit of that on the leading edge of the nails and that also really reduces the friction enough that you won’t get that problem.

Those are some things that I found that make a huge difference. So when I do an Ironman, for example, I actually take Body Glide and I have some small containers of it that I put in my transition bag. So when I get off of the bike and then I get ready to put on my clean socks and shoes for the run, well, I actually just take the Body Glide applicator. It looks kind of like roll-on deodorant or something or stick deodorant. I just rub it across the toes real quick and then put on my socks and I take off on the run and when I do that, I have zero problems. Never had it happened when I have cut the nails short, I filed them at a 45-degree angle and I apply a skin lubricant like Body Glide.

So if you do those things, that might make a huge difference and if you’re not sure if it’s necessary or not, you can experiment. Just try it on one foot and don’t do it on the other and then see what happens and hopefully that will resolve the problem. But again, if you get a bruise under the nail and it starts to lift the nail off, that is a bigger problem. So if you do a race, if you do a marathon, if you do an Ironman, you do an ultra marathon or something, and you notice that your toes are a little bit sore right after the event and you’re starting to get that swelling that’s going to lead to a bruise, if you can tape it and compress it, then that can prevent some of that swelling that actually separates the nail from the nail plate. 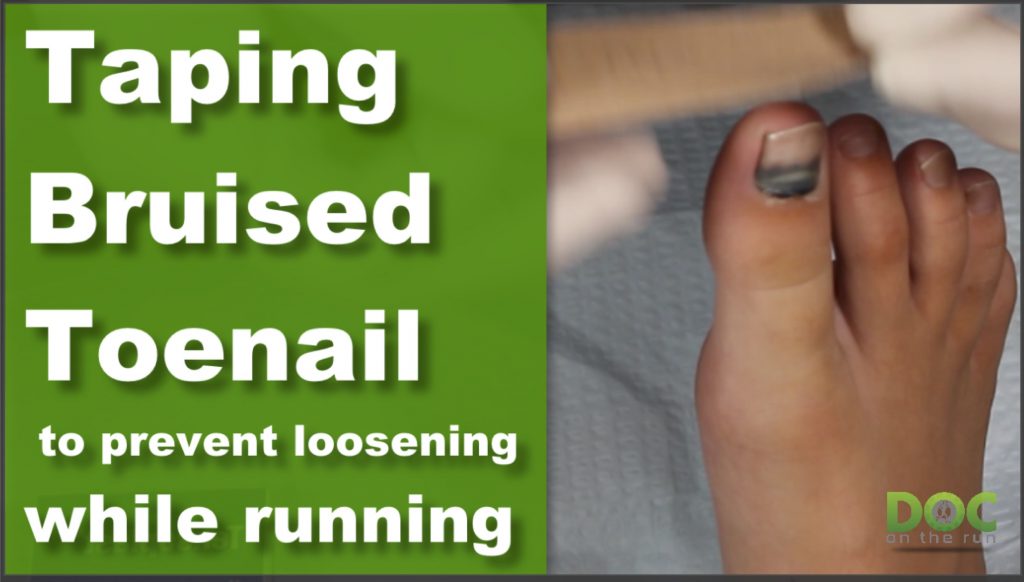