#374 Can you see Raynauds Phenomenon on an MRI in a runner? - DOC

#374 Can you see Raynauds Phenomenon on an MRI in a runner? 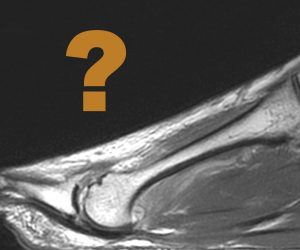 Today on the Doc On The Run Podcast, we’re talking about Raynauds Phenomenon in the MRI of a runner.

Raynaud’s Phenomenon is an interesting condition where spasms of small blood vessels cause changes in the skin color of the hands and feet. Raynaud’s phenomenon call also cause pain in the feet.

And this can happen to runners, too. Raynaud’s Phenomenon is again, we call it a vasospastic disorder and we don’t know exactly why it happens, why some people get it, and then it kind of goes away later. But what we know is there some things that are always true of Raynauds.

Number one, in general, your hands and feet seem to get colder quite easily and also if you have really severe Raynaud’s, you’ll often get this thing that we call the red, white, and blue sign, where you have phases of your hands and even your feet, turning sometimes red, sometimes white, sometimes blue. Well, how does that happen?

Then you can also get a blue phase and that’s what doctors refer to as the cyanotic phase, where there’s basically decreased oxygen in the tissue and it’s starting to turn blue, sort of like if somebody holds their breath and is dying of oxygen deprivation. They start to turn blue.

And then after that, what happens is once the blood vessels open up, you get this reperfusion phase where the blood flow rushes back in and you get this intense redness in the skin. And so it can be white. It can be red, it can be blue based on what phase it’s in. 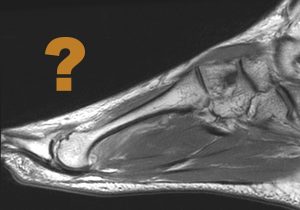 Now, if you have Raynaud’s and about 10% of people have Raynaud’s so it’s actually very, very common, and you think that you have pain in your feet and you go get an MRI and you don’t see trouble on the MRI where you think you should have an injury or something showing up, sometimes what will happen is you get an MRI report that has a finding on your MRI that is actually something that really does happen in Raynaud’s Phenomenon and that is where you get inflammation in the bones at the very ends of the toes.

This kind of makes sense in a way because if you’re going to have trouble in the bones related to Raynauds, it would kind of go along with the skin, where the further it is away from your heart, the further it is toward the end of the extremities, the difference pattern of blood flow actually decreases because that’s where the capillary beds, it kind of slows down there. The vessels get smaller. The blood flow is worse. And what happens on an MRI is that you can actually get a signal change in the bone where it just goes from a dark color to a light color, for example. And that’s exactly what it looks like when you get a stress fracture.

I’ve seen runners who have had an MRI, where they’ve been told that maybe they have a stress response or a stress reaction, or even stress fractures in the bones in the very end of the toe. And in the little toes, for example, you have three bones. You have the distal phalanx the intermediate phalanx and the proximal phalanx. The distal one is the one farthest away, right under your toenail. The intermediate phalanx is the one in the middle of the toe and then the proximal phalanx is the one at the base of your toe.

When you get this finding on the MRI, a lot of times it gets missed and I think the reason it gets missed is that there is a thing that can happen, just the way an MRI works, the way the imaging works, and you can have basically a mistake in the image that we call an artifact. It’s something artificial. It’s not real. It’s just an aberration basically, and sometimes if the MRI gets cut off in just the right way, you can have what appears to be a signal change in the bone at the end of one of these toes, where the MRI is getting cut off.

But, if you have an MRI and you have this signal change in the distal phalanx and every one of your toes, or if you have it in the big toe, the second toe, the third toe in the fourth toe, that’s really unlikely to be an artifact because your toes are all different lengths and so you wouldn’t wind up having this artifact in each of those same places.

Now, if you have multiple MRIs and you have this artifact, so to speak, that the radiologist mentions, then it could be, Raynauds actually showing up and we don’t actually really know if that signal change within the bone that looks like a stress fracture, if that’s a permanent change or if it’s a temporary change, that’s related to kind of a flare or a flare up of the condition where the Raynauds is really more bothersome, but it is a thing that can show up on the MRI.

Now it does not mean that you have a problem there. In fact, most of the people who have this finding on their MRI, when you look at the studies that talk about it, most of the time they’re getting MRIs for things that are completely unrelated to Raynauds. They’re for things like planter plate sprain, or sesamoiditis, or posterior tibial tendinitis, or chronic plantar fasciitis, or looking for stress fractures in the foot. But it’s not the area where it shows up on the MRI. It’s not at the end of the toes. None of these people in these studies were reporting pain at the end of the toes, yet their MRIs show this thing that we know can be Raynaud’s Phenomenon. Whether or not that’s actually causing these other symptoms is a whole different issue, but there is a way to see this finding on MRI that can be suggestive of Raynaud’s Phenomenon.

If you have an MRI and you’re not sure if that’s really it, that’s one of those things that I often look out on telemedicine visits and when I look at the MRIs, I never look at the report first. I always look at the images first. And if you are having trouble getting the right diagnosis and your doctor tells you the MRI report says this, but there was this one thing, but it’s probably an artifact. Ask your doctor to look at the MRI with you.

When I do telemedicine visits, I actually get the MRI, I load it and then I go through a screen-share program with you so I can actually show you all of the images on the MRI and what they all mean. Obviously, if I can do that, your doctor can do that too, right in the office. So make sure you look at the MRI. Make sure you understand what that really means, particularly if you think may have Raynaud’s and that that might be contributing to whatever the problem is when you’re out for a run.