#327 Do I need a PRP injection for my Achilles Tendon ?

Today on the Doc On The Run Podcast we’re talking about some of the ways you can tell if you really need a PRP injection for an injured Achilles tendon.

Now I just got off a telemedicine call with a guy who has an Achilles tendon injury and called me specifically because he wanted me to do a PRP injection on his Achilles tendon. 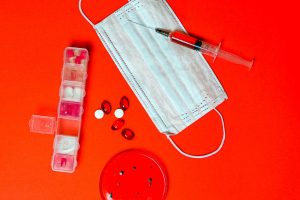 So the first thing is you have to understand that the goal of a PRP injection is actually to stimulate a healing process that’s actually going to accelerate things and make you heal faster than if you didn’t get a PRP injection. And why do I bring that up? Well, listen, this guy again, he’s a doctor, we were talking about this and he got an MRI.

He waited a little while after the injury, when it actually started to get worse before he got an MRI, and then it’s been another eight or nine days since he actually got that more recent MRI to take a look. The thing is, we were having this discussion and I was saying, “Okay now, look, you have to step back for a second and think, is this really necessary? Because if you’re going to have a PRP injection, number one, it’s invasive, so that means additional risk. It’s expensive. It costs money to do a PRP injection. And then if you’re going to have a procedure that is expensive and invasive, you need to do everything possible to make sure that, that procedure is likely to help.”

So because of that, when I do a PRP injection on someone with Achilles tendinosis, who really wants to try to accelerate the healing process, I don’t let them just walk on it. I have them immobilize it. They have to use crutches for a very short period of time, but that strict immobilization and strict non-weightbearing immediately after a PRP injection is the routine I think helps athletes get back to running faster and back to activity a lot sooner than if they didn’t do that.

So in this discussion, there were a couple of important points. The first one is that it had already been a few weeks since he started having trouble. And I just said, “Look, you don’t have to do a PRP injection today because first of all, it didn’t just happen. So you’ve already missed that window of opportunity when you have first had the injection and you’re trying to capitalize on the initial inflammatory beginning healing process that’s at work at that time. That’s already passed.”

Second thing is, is you are able to function right now. So if your Achilles is really not that bad, if it’s not like you’re trying to make a decision between surgery or no surgery today, then you could try some stuff for just the next couple of days that could actually make a big difference and maybe help you decide to avoid a PRP injection altogether.

And the combination of those two things I felt could really dramatically improve his symptoms just in a couple of days. Now, if he does those things, his pain goes away, his pain goes down, it feels way better in the matter of two or three days, then I actually wouldn’t do a PRP injection on him at all.

I would say, “You need to do some other stuff to just let it heal naturally.” I’d probably recommend that he does some collagen supplementation and some other stuff to try to direct the healing process. But I would not actually jump to a PRP injection in that case, if he really improves over the next couple of days.

And if I’ve decided that it cannot heal without a PRP injection, am I prepared to bear the risk, the expense and the inconvenience associated with that procedure and is it all worth it? That’s the million dollar question.

So go check it out. It’s on the website. You can get it, you can download it, you can view all the lessons and it’ll help you understand all of these things that are ways that you can tell yourself whether or not you can get it to start to improve with some really simple things you can do at home. Check it out!

Step-by-step guide to curing Achilles tendon
so it doesn’t come back! 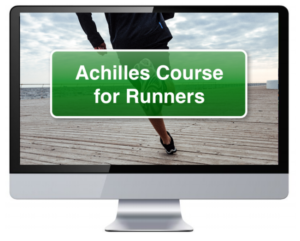