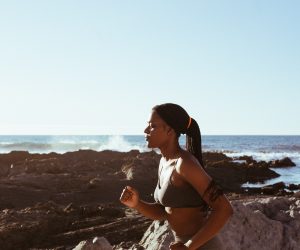 Today on the Doc On The Run Podcast we’re talking about the 3 biggest mistakes injured runners make when recovering from an overtraining injury.

Every day, all day, I help injured runners get back to running.

What I’ve noticed is runners make crucial mistakes in each of the three phases of recovery.   These are simple avoidable errors in recovery that can slow the process of returning to running, or increase the chances of getting re-injured once you get back to full training.

When I’m doing webinars to try to answer questions for people about specific types of injuries in specific phases of recovery, when I do telemedicine visits or webcam visits to help an injured runner figure out whether or not they actually have a plantar plate sprain or a neuroma versus a stress fracture or a tenosynovitis or some other overtraining injury, I’ve noticed a certain number of patterns of mistakes. These are the mistakes made in recovery that actually happen over and over and over with runners.

Today on the Doc on the Run podcast, we’re talking about the three biggest mistakes injured runners make.

Every day, all day, all I really do is think about running injuries and try to help injured runners get better and get back to activity. What I’ve noticed is that when I’m doing webinars to try to answer questions for people about specific types of injuries in specific phases of recovery, when I do telemedicine visits or webcam visits to help an injured runner figure out whether or not they actually have a plantar plate sprain or a neuroma versus a stress fracture or a tenosynovitis or some other overtraining injury, I’ve noticed a certain number of patterns of mistakes. These are the mistakes made in recovery that actually happen over and over and over with runners.

And it happens in three different phases of recovery, where you get into trouble, you make mistakes, which when I point them out during a telemedicine visit or a call or something like that, it becomes really obvious and it seems really silly that as a runner, as an athlete, you’re making those mistakes, but these are errors in recovery and the process of returning to running without getting re-injured, and those things can really be broken down into three simple mistakes, so let’s talk about those.

The first thing is you have to think about how an injury happens in the first place. When you’re a runner and you get an over-training injury, what happened? What happened is really simple, and this is true if you have a stress fracture, this is true if you have Achilles tendonitis, this is true if you have peroneal tendonitis, any overuse injury. What happens is that you actually go and work out and start training. You start to get stronger, but you have weakness in some particular tissue, maybe that’s your metatarsal bone, and your muscles, your actual physical fitness in general gets strong enough that you can run far enough that your bone actually takes a beating and doesn’t fully recover before your next workout that applies the same stresses in the same way to that particular piece of tissue, and it can’t withstand the force and it gets injured. That’s really all that happens. 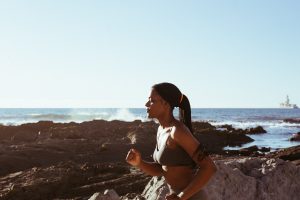 So it’s just an exaggerated version of what you’re trying to accomplish in training anyway. Basically it’s too much stress, too little recovery, and then you apply the same stress again, and you get an injury. It’s that simple. So what really happens when you get an injury and things go wrong? It’s kind of the same thing. The three main mistakes that I see runners make when they get an over-training injury is, number one is being not aggressive enough early on in the treatment.

The thing is is what I see, and the reason I bring this up is that the easiest example to understand what not being aggressive enough early on, is when you get a serious injury, like a really bad stress fracture, or a really bad case of tendonitis or really bad strain and muscle strain, let’s say the doctor says, “Okay, I want you to use a fracture walking boot and hold it still and protect it.” Okay, well, that’s good. If you were to use crutches for a shorter period of time with a fracture walking boot, that will actually speed up the recovery process because it’s a whole lot less stress in that initial phase of recovery when you actually have the most happening.

So one of the keys that I do with runners when I work with them one-on-one is to say, “Look, you’ve got to be really aggressive with this. You need to treat it aggressively.” That may be doing more than what your doctor said for a shorter period of time. So you can compress the recovery, but that’s a big mistake. I see runners make over and over and over. Almost nobody calls me the day they get injured. People call me after they’ve seen two or three doctors and they’ve not been getting better and it’s been months. Nobody needs to wait that long. That brings us to the second mistake. The second mistake is waiting instead of working, you’re never going to sign up for a marathon and think just because you signed up for the marathon, just because you bought a training plan, just because you bought a book on how to train for a marathon, that you’re going to be ready for race day, unless you do the work.

And what’s really fascinating to me is that I talk to injured runners all the time, daily, who will say, “Well, my doctor said it’s going to be six weeks before I’m healed so I’m just waiting until it’s been six weeks.” Yeah, well what’s happening while you’re waiting and not working? You’re getting weaker. Every other part of you is getting weaker. And then you have this problem where you are weaker, stiffer, you’ve lost your neuromuscular connections. You’re uncoordinated. You can’t run. Your aerobic fitness is gone. And then you go out and try to run, and you’re at a higher risk of re-injury than you were before you got injured in the first place. So waiting is not a good policy. If you’re an athlete, you know you have to work out to get stronger, so don’t just wait. Do work to prevent that decimation of your fitness while you’re recovering.

The third thing is stepping into danger during transitions. And what do I mean by that? Well, basically what I mean by that is that at each phase of recovery, when people call me, the reason they call me is not because they’re not sure what injury they have. It’s not because they have the wrong diagnosis necessarily. It’s usually because they are confused or they’re not doing enough to protect themselves during transitions. I know that this happens over and over. I see famous athletes on social media who will say, “Oh, I’m done with my crutches today.”

And then what? You move into the next phase of transition. So you have all these phases. You go from being injured to having to protect it in a fracture walking boot, maybe worst case scenario, let’s say with a cast and crutches. So you get the cast off. You’re completely weak. You haven’t moved it at all. And then you start walking on it with your crutches, getting rid of the crutches, and instead of doing a transition where you go in some clear way of slowly increasing force, you just get rid of the crutches and start walking on it in your fracture walking boot. That’s a high danger activity because you are uncoordinated and you’ve not put any pressure on the foot at all for a period of time. Then you go from a fracture walking boot to no boot, so you go in and see your doctor and they say, “Yeah, it’s been six weeks. Your x-ray looks great. Go ahead and start walking on it. Get rid of your boot.”

That’s not a good way to do a transition. You have to do a way to transition that actually slowly and deliberately increases the force from that moment when you’re told you can’t move it, you can’t use it, to when you’re supposed to walk on it. Those are two very different levels of activity, and you need a more gradual transition from all of those phases, from going from crutches to a boot, from going to a boot to walking without a boot, to go from walking without the boot to actually running. What people do wrong is they just step right into danger. It’s like standing in the path of a moving vehicle. You’re just asking for trouble. You’ve got to carefully monitor your symptoms. You’ve got to carefully monitor the decrease in symptoms that signifies an increase in strength in the tissue so you can appropriately match the strength in the tissue, the healing tissue, with an appropriate increase in level of activity. Don’t make big jumps in activity without doing that, and that’s what I mean by stepping into danger.

The thing is, is that if you do all of those three things, if you’re aggressive early on in treatment, if you work instead of wait, if you pay attention and slowly increase the stress during these transitional phases in your recovery, then you won’t be stepping into danger. And those are the biggest three things that you can do to make sure that you heal your running injury as quickly as possible and then don’t get re-injured at any of those phases or when you’re returning to running.

Take action. Do something. Think about what you used to do in training, every day. I am betting that when you were last building up for a key race, even when you were sick, you tried to find something to do that day…that made you feel stronger.

Every day you at getting weaker or stronger. Every day you are either getting closer to your goal, or your goals is drifting further away. It all depends on what you do today.

You have to create a plan now. And that’s why I wrote the Runners Rapid Recovery Journal. It’s just a thing that actually gives you a way to really, and truly look at what you were doing in training and apply it to your healing. That’s really all there is to it. So remember you already know the path to recovery. Just figure out what you were doing in training and start doing that today.

Right now the Runner’s Rapid Recovery Journal is on sale and you can get it at discount. You can get an instant download version today. You can find a link in the show notes at the bottom of this episode at  docontherun.com under the podcast tab. 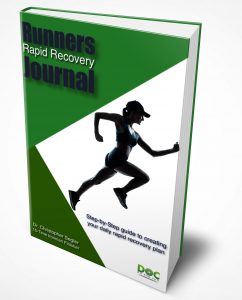