#313 Skip a day to skip ahead in your injury recovery 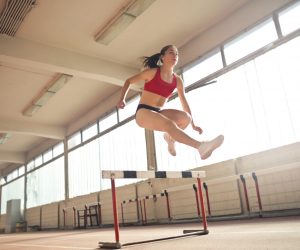 Today on the Doc On The Run podcast we’re talking about how you should skip a day to skip ahead in your injury recovery.

Yesterday I was speaking to an ultra-marathoner who had a metatarsal fracture.

Fortunately, the broken bone has been healing well and she’s back to running.

But during our discussion yesterday she revealed something interesting. She was running every day.

During that discussion I was trying to help her understand how it is that running every day, even short distances, in fact, extremely short by her standards as an ultramarathoner, those every day runs could actually put her at risk of re-injuring the metatarsal fracture.

If you run half-marathons, marathons or ultramarathons, you probably don’t think running 3 miles could be dangerous.

I am also willing to bet that if you do any of those longer event you don’t think running 3 miles every day could be risky at all.

But when I was talking to an ultramarathon or yesterday who it is in the process of still recovering from a metatarsal fracture I had to explain to her how running 3 miles every day really does put her at risk of another metatarsal fracture. 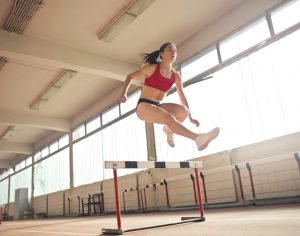 Whether I see a runner in person or we meet over a WebCam or a do a consultation over the phone, I have seen consistent theme with runners to get injured and those who get re-injured once they are healing and back to running.

A lot of the trouble comes from our mindset and our perceptions about what is possible for us as highly trained distance athletes.

Think about this for a second.

What if you had a friend who has been doing zero activity for the last 10 years. Imagine this is someone you care about who confides in you that they really want to lose some weight and would like to start running.

What do you think would happen if you told that person, that completely de-conditioned, completely out of shape couch potato to start out by running 3 miles a day, every day, seven days a week. Would you tell her 3 miles is not really very far? Would you advise her to never take a day off?

Would you be surprised if she got a stress fracture?

I wouldn’t be surprised at all.

Instead of thinking about yourself as a highly trained endurance runner, think about one of your your friends who is actually untrained, and out of shape and unfit. Because when you get an overtraining injury and you have to use a cast, crutches or a fracture walking boot for a month or two, even though your brain tells you differently, you are that untrained, out of shape and fully de-conditioned couch potato.

When you’re recovering from an over-training injury you are, through no fault of your own, sent into a spiral of atrophy that actually does change your ability to resist another overtraining injury. Of course, because our brains recognize our capacity to run very long distances with relative ease, we fail to recognize how badly de-conditioned our bodies have become.

For just a second forget about the distance because I know you’re probably still stuck on the idea that 3 miles couldn’t possibly be risky, for you.

If you do not rest, if you do not properly recover between workouts, your risk of an over training injury skyrockets.

So the training schedule that may have you running 60 to 100 miles a week may be appropriate. But it would only be appropriate if you have appropriate rest, you are in good shape, and when everything is working properly.

But when your neuromuscular connections are all out of whack because you’ve been sitting still, you have disuse osteopenia in your bones and they are actually weaker because you haven’t been applying forces to them while you were on crutches, and your form (to put it simply) just sucks because you’re uncoordinated because you haven’t been running, then you will be at a much higher risk of loading forces in your feet, ankles and legs in such way as to actually increase what doctors and biomechanics experts refer to as “peak forces” which can put you at risk of an over training injury.

On top of all of that, you have then decided that you’re going to run the same distance at the same speed day after day after day loading all of those structures without giving them any sufficient rest in between workouts.

And therein lies the danger.

No training scheduled for a marathon would have you run 10 miles a day every single day.

No ultra-marathon training schedule would have you run 50 miles day after day.

No Ironman training plan would have you swim 2.4 miles, ride 112 miles and run a marathon every single day.

What you have to keep in perspective is that when you are recovering from a metatarsal stress fracture or any other overtraining injury, you have to stagger the length and intensity of your work outs and make sure that you’re getting proper rest of the tissues they get loaded during each of those specific types of runs. Even if the runs are very, very short by your standards.

So don’t try to fool yourself. When you been injured and you’ve been off of running for weeks or months, you have to look at your actual training schedule with the same level of care and scrutiny you would apply to an out of shape friend who wants to start running and needs your guidance.

Listen closely…the simply truth is all I do is help injured runners get back to running faster by helping them figure out what they did in training they aren’t doing in recovery. Think about what you’re doing right now. Your “easy” routine may be hampering your recovery and keeping you from getting back to real running as quickly as possible.

If you’re doing short runs just because you think it’s safe you should think again.

If you’re just running every day because you think those runs are so short they probably won’t hamper your recovery, you should think again.

Think about the rest and recovery your body actually needs to continue to get better, stronger and faster.

You need days off, even if you’re running short distances.

Skip a day if you really want to skip ahead in your recovery.