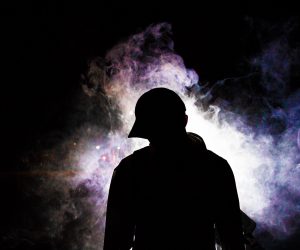 Today on the Doc On The Run podcast, we’re talking about the top 3 ways runners can avoid the “Coronacloud.”

Yesterday, we were out on an eight mile trail run. When I say we, that’s me and somebody I live with. I wasn’t running with other people. I don’t think anybody in this time, when you should be isolating, when you should be avoiding others and social distancing, I don’t think you should run with others. Not your friends, not your running buddies, nobody. If you don’t live with them, if you don’t sleep in the same bed, then you could be putting yourself at unnecessary risk when you get exposed, because you’re in close proximity to someone else who might be infected. That’s just a fact.

When I was running yesterday, we were noticing a couple of things that may put people at risk. And so, I was thinking about three simple ways you can really decrease your risk of exposure and keep true social distance, which I believe should be more than six feet.

There’s a couple of simple ways to think about this. The first thing is to stay away from people. And then, the second thing is that when you do encounter people to make sure you’re far enough away from them. And so, I came up with three simple tips that may help you avoid what I call the coronacloud, which is being within that pocket of air that could be contaminated.

The first one is pretty obvious. Run at home. Run on your treadmill in the garage. Run at your house, if you can in a way that is isolating and completely avoiding others. Obviously, if you’re in your garage or you’re in your home on a treadmill, there’s not really a significant risk that you’re going to expose to anybody who could potentially get you infected. Now, most of us do not want to do that. I’m sure there are people listening to this right now on your treadmill at home running and you don’t particularly enjoy it. You’d much rather be out on a big group room with a bunch of friends or on a long trail somewhere and I understand. I get it. I would too. But, desperate times call for desperate measures.

Now, along those same lines, a second tip is to basically, if you’re going to run outside, to follow the rules, and then run when and where no one else exercises or walks. When all of the isolation stuff started, initially there were a lot of people who just weren’t outside. I could actually go run outside on the street, on the sidewalk, on bike paths, and that sort of stuff, and there was no one. It was a ghost town. That quickly changed, and now it seems like it’s amateur hour on the exercise trails. There are people out walking in groups, big groups, definitely not just a couple of family members, who are all on these trails, and bike paths, and stuff that I never, ever, ever see out there when I’m running and training during the normal course of the year. For some reason, all these people who’ve been cooped up if suddenly decided it’s a great idea to go out and go for a walk, and you have to stay away from those people.

What I quickly discovered is that, being in California, when it rains, most people do not go outside, because it never rains for very long and it doesn’t really rain very much. So when it rains, that seems to be a pretty good time to go for a run, if you want to just avoid people. The better thing is to actually not go out when it’s raining or when there’s water and humidity in the air, but when it actually looks like it’s going to rain.

In California too, we’re such weather wimps out here that many of us will not go out and exercise when we just think that it looks like it might rain, because the truth is in an hour or two it won’t rain, and it’s going to clear up, and it’s going to be sunny and beautiful. Why bother going out when it’s cloudy and gloomy when you know it could be sunny and just a matter of hours.

That’s the second one is just to run when and where no one else walks. If you pick areas like roads that aren’t normally where people walk, avoid the bike pass, and those sorts of things, you can stay away from people. 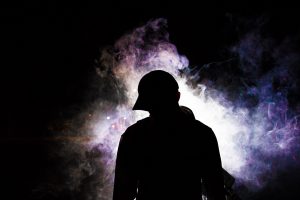 The third thing is to stay out of the scent zone. If you can smell something in the air, you’re in that cloud that could be a coronacloud. The reason I thought about this is, while we were running on a trail, we were staying way away from people. We would actually pick routes where we could see in advance where people were on trails and were not on trails, and we would just take the other direction. There are many roads on all the trails.

Again, these are open trails. I am not advocating and do not think you should go run on a closed trail. It really aggravates me when I see people posting stuff on social media where they have pictures of themselves and the little wink icon out on a closed trail. They’re basically poaching these trails and running on them illegally, and that is not good. It just sets a bad example for our entire community. I’m not saying you should go run in areas where it is illegal or when it’s been closed or even strongly suggested that you’d not go there at all. If the area’s closed, don’t run there. That seems obvious.

If you’re running on these open space preserves or areas that are actually still open to the public and available for you to run on, you need to stay away from people. Sometimes you can’t do that. You’re running on a trail that goes to a place, and most people are kind enough to try to step aside and give a little additional room so we can all stay away from each other. But when you pass those people, think about it, if you smell someone’s perfume, you smell someone’s cologne, you smell their deodorant, you smell their B.O., whatever it is, if you can smell them, you’re in the coronacloud. You are too close.

If anything can be aerosolized and you can smell it, then it’s going in through your nostrils. It is going in there where you could get infected. Hopefully, they’re not carrying anything. But that also, if you experiment, if you’re out and you realize that you smell someone’s cologne, you smell someone’s perfume, you smell some odor coming from that person, you should actually look at them and immediately get a sense of how far are you away. I bet it’s more than six feet. If it’s more than six feet, then you know it’s just not far enough.

So stay safe, stay away from people, stay out of the scent zone. Try to run it home if you can. If you have to run, and you can’t run at home, and you’re going to run in other places, try to run where no one else walks. Stay safe, stay sane, keep running as much as possible, but be sensible!