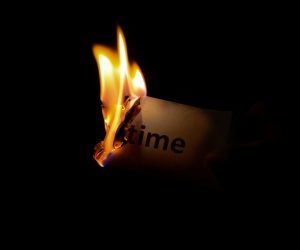 Today on the Doc On The Run podcast, we’re talking about the Top 10 reasons injured runners procrastinate.

An over training injury is one of the worst possible things that can happen to a runner.  You’ve been working toward a goal, hard, making sacrifices and then disaster strikes and you get injured.

Of course the best thing to do is to start healing and get back to training as fast as possible.

There are lots of reasons I see runners procrastinate and unnecessarily put up their own roadblocks between them, healing, and getting back to running. 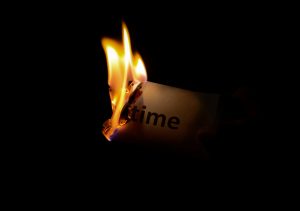 Believe it or not, a lot of runners, I see actually do the exact wrong thing. Instead of springing into action and doing something about the injury and getting moving, they do the exact opposite.

They shut down, they freak out, they procrastinate and prevent the actual healing process from taking place for a number of reasons. So, today we’re going to talk about the top 10 reasons I see runners actually procrastinating when they get an over-training injury.

And the first one is confusion. I mean, what happens? You get injured, you know something’s wrong, something hurts. But you have a problem and you’re just not sure of the right diagnosis. And the really simple solution for that is to just talk to an expert. Talk to an expert on running injuries. Talk to one of your running buddies. Talk to your coach. But do something so you can clear out that confusion and then come up with a game plan.

A second reason runners procrastinate when they get an over-training injury is that they’re told they need strict rest. Your coach, your doctor, someone tells you you just have to heal. You have to sit still. And that’s not really true because what you have to do is not just sit still, not lose all your fitness and let all of your harder and running fitness dwindle away, but instead you really need to try to train and strengthen everything else in your system to support that one injured part.

So, there is a way to take action, but when you’re told you need strict rest it’s such a frustrating thing that a lot of runners just shut down right then.

I’ll get messages where somebody didn’t get a fracture walking boot because they weren’t sure which one to get. Somebody didn’t start taking the collagen supplement because they weren’t sure which brand of collagen was actually the best. And that is crazy. The saying goes that the best decision is to make the right decision. The second best decision is to make the wrong decision. And then the worst possible thing is to make no decision.

You have to take action. You have to do something and don’t let perfectionism stop you. Done is better than perfect and when you’re trying to heal, that is absolutely true. If you know you should do something, that there is an action that will get you moving forward, take that action. Even if it’s not perfect, it’s better than nothing.

The fifth reason I see people procrastinating when they get an overtrained injuries is that they get analysis paralysis. You think you really need to understand every little detail about how fibroblasts lay down collagen or how bone actually gets remodeled and the way the haversian canal systems in the bone actually get developed to become stronger, and that’s not true.

You just need to take action every single day and you need to take action that builds on the ones from the day before. That’s really the key. So, it’s not analyzing the whole process. It’s getting started and getting moving that actually gets you healing and running again.

The sixth reason I see runners procrastinate is that they just think healing is complicated. You’re taught to think that, right? The Hippocratic oath that doctors take, that we are supposed to do no harm, we’re supposed to put patients’ needs first, all that sort of stuff. Most people don’t realize, but there was basically a section of the Hippocratic oath when it came out that the doctors were sworn to secrecy. We were actually not supposed to tell you the exact same kind of stuff I tell you on this episode right here. We aren’t supposed to share with you the secrets of healing because we’re supposed to guard those so that we can make patients come see us.

So you can do it. You just have to know that it’s not that complicated. You do the same things, just apply them to this injury as opposed to just a hard effort as you’re training.

The seventh reason that I see injured runners procrastinating is because they have a fear of getting a setback. You start healing, you start improving, your pain goes away, but maybe you’re not exactly sure of what the problem even was, but maybe you think you have a stress fracture and you’re training, your doctor loosens the reins a little bit and tells you you can start moving and strengthening it, but you think that you’re going to undo all of the healing that you’ve had happen and it’s going to put you back to square one.

This is very common with runners with stress fractures and tendon issues where you have waited a couple of weeks or something for the tissue to actually heal and you know you’re progressing, it doesn’t hurt any more, you know it’s getting stronger. But then you’re afraid to really push the limits because you think it’s going to tear it apart. Well, that’s not the way it works. So runners, you have to realize that when you’re training and you’re trying to recover after an injury, the only way you’re going to stay ahead of the curve and healing faster than normal people is if you’re willing to take a little bit of risk.

When you have a minor setback, you feel a little twinge of pain. That does not mean that you completely cracked the bone again. It does not mean you completely tore the tendon. That’s not what it means at all. It’s just a little warning that you’re doing too much and you should back off a little bit. It might set you back a little bit, but we’re talking about setting you back a matter of a couple of days, not weeks. And so that’s really the big thing you have to keep in mind is that that fear of your setback can really hamper your progress.

The eighth thing that I see as a reason for procrastination in runners is that we get this goal fixation. You foolishly think that you can ignore the signs of worsening injury and you do your marathon anyway. Your foot hurts, your Achilles tendon hurts, your metatarsal hurts, whatever, and you convince yourself that if you just suck it up, if you just toughen up, if you just ignore the pain and you think you can ignore the pain, then you can basically continue with the workouts that are on your calendar and ignore it and then make it through the race.

The problem is that before your race, you’re obviously ramping up, you’re getting more and more stress, and then when you do the event, that’s the maximum stress. So, then you basically have diminished the healing process, made the injury worse, and then you blow it up in the race. So, you have to have a goal in healing, but you don’t want to keep your race goal, in the sense of goal fixation, unless you talk to somebody who’s an expert, who can actually help you understand what you need to do to avoid that risk of making it worse.

The ninth reason I see people procrastinating when they get over-training injuries is that they think they can’t get doctors advice right away. Well, this is a common problem. If you call your doctor and you say, “My foot hurts. I’ve been running. It hurts a little bit and have this race.”

That’s not an emergency in their minds, it’s an emergency in your mind. And it should be because you can’t go for days or weeks without knowing what to do and you certainly don’t want to make it worse while you’re waiting to get this process of healing started. But you have to really think about how you can get a doctor’s appointment faster. So if you talk to your coach or one of their buddies and you can go see somebody else so you can get in to see someone sooner, then you have to do that and you’ve got to try to see if you can get some advice right away.

In some cases you can just call somebody like me. You’ve just got to talk to an expert. You’ve got to get some advice right away and the sooner you get the right advice, the sooner you’re going to get back to running. So, you’ve got to make sure that you figure out a way to talk to a running expert today.

The 10th reason that I see injured runners procrastinating is they have a negative mindset and this is going to be a hard pill to swallow for most people who get a running injury. But the truth is that when you get injured, a lot of times we end up being so bummed out that you get defeatist attitude and just give up. You don’t just rest and recover. You’re basically using rest and recover advice from a doctor as an excuse to throw in the towel and you don’t have to do that. You really have to figure out and you have to understand how you can heal. And I can tell you that all the courses we put together in terms of metatarsal stress fracture course, the runner’s heel pain course that teaches you how to cure your own plantar fasciitis, all of those courses, plantar plate sprain courses, whatever, all of them do the same thing.

They basically show you exactly what it takes to maintain your running fitness, heal the injury, and keep running. Stop running is not the advice. That’s the advice for most doctors, but that’s not what you really need. You have to realize that just stopping all activity, yes, it will heal eventually and you will lose all your fitness in the interim.

So, you do not want to do that. You want to get the right advice from your doctor and understand how you can maintain your running fitness, keep your strength and still heal that one injured part. Now, that’s the key. But you’ve got to do all of these things. You have to figure out what you can do. You have to come up with a plan. You have to get clear on what your goals are. And you have to take action right now if you really want to beat the procrastination and get back to running as quickly as possible.