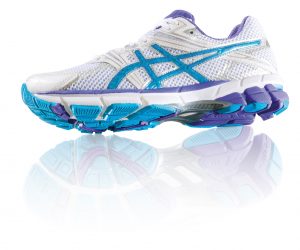 Today on the Doc On The Run Podcast we’re talking about why runners who have high arches need cushioning running shoes.

Most runners wear running shoes when they run. And the type of shoes you choose can help protect you from the forces of running.

If you have high arches, in general your feet are more stable and more rigid.

A rigid foot type translates to higher peak forces when you run, and particularly when you land as a heel striker.

Cushioning type running shoes can help protect your feet from the pounding forces of running, if you have high arches.

People with different foot types get different problems. People with flat feet get problems with the posterior tibial tendon because their foot’s too unstable. People who have high arches are prone to problems related to stress and force, like stress fractures and shin splints and some other injuries like peritoneal tendinitis that don’t really affect people that have flat feet, but those injuries related to your high arches are actually a consequence of your foot being too stable. 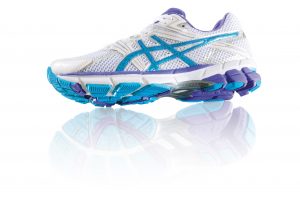 So when you hear the term cushioning type running shoes or neutral running shoes, those are shoes that are made that don’t have so much structural integrity or stability built into them, but they have a lot of cushioning, and that’s what you really need when you have high arches, particularly if you are a heel striker.

If you’re a forefoot strike or a midfoot striker, it truthfully doesn’t matter as much because you naturally absorb more forces through the motion called pronation. As your foot pronates it collapses. It actually absorbs a lot of force because it basically decelerates your foot over a longer period of time. But if you have a very rigid foot type, your foot’s basically been described to you as a supinated foot type or if somebody tells you you don’t pronate, that’s sort of a misnomer in a sense because everybody pronates.

But if you’re basically maximally pronated or your foot’s rigid when you hit the ground while you’re running, forces are translated at higher peak forces or all of a sudden translated through your foot. And that can lead to running injuries like stress fractures or shin splints or some other things.

So if you have a really high arch, you have a really rigid foot type, if you make a lot of noise when you walk around your house on hardwood floors barefoot, you’re probably going to have high arches and a rigid foot type. In that case, it can help you a lot if you have some cushioning to protect you from those jarring forces when you land. So cushioning running shoes, neutral running shoes, those are all the same thing. But basically they just have a lot of EVA or ethyl vinyl acetate material built into the mid-soles that will really cushion and protect you when you land, when you run.

So if you have a rigid foot type, you actually have a lot more choices in the shoes that you can use because they are a lot more forgiving than somebody that has a really unstable foot type and has a smaller number of kind of shoes that they can pick from. The problem when you have high arches though, is that if you get a shoe that actually has some cushioning but also has a lot of structural integrity and reinforcement that prevents pronation when you run, it can seem like it’s good enough for you because it feels cushy when you run in it, but it might actually be too stable and if you have too much stability, too much force going through your foot, again that puts you at risk of those injuries like stress fractures when you run.

So check with your running shoe store, specialty running shoe store. Talk to somebody who’s an expert and just make sure you get the right kind of shoes that will help protect you from those jarring forces when you’re out on a run.