Doc On The Run Podcast: 2 Reasons Runners Should NOT Get An MRI

2 Reasons Runners Should NOT Get an MRI 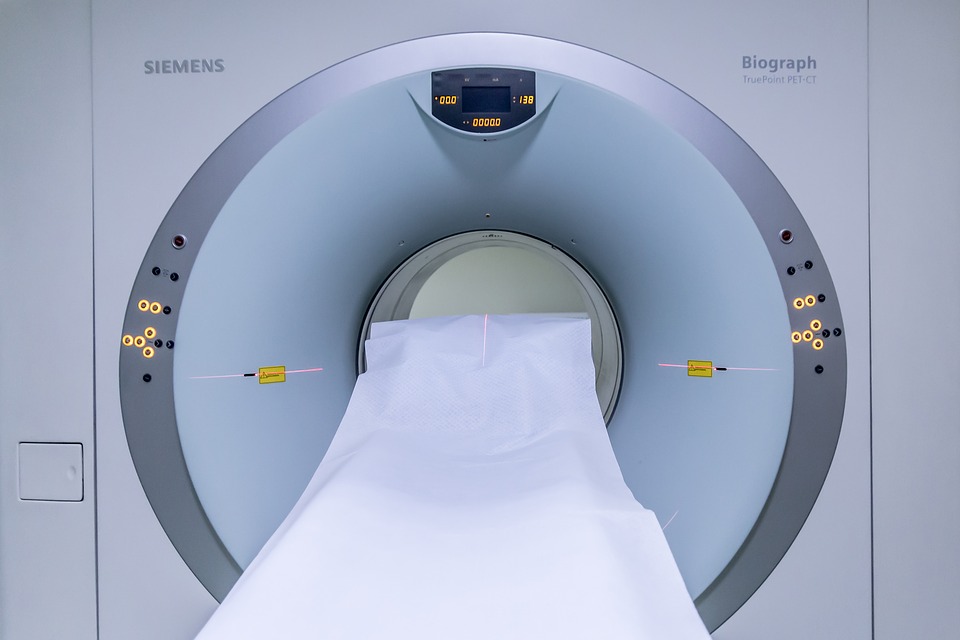 Today we’re talking about 2 reasons you may not want to get an MRI if you’re a runner.

An MRI is an interesting diagnostic tool and we often think that an MRI is the best thing to show you what’s going on inside your body when we suspect you have some kind of injury and your doctors have a difficult time making a diagnosis. But the truth is there are two really good reasons runners shouldn’t just jump to an MRI and try to get an answer when they’re injured we’re going to talk about that today.

In short I will tell you the two reasons. The first reason is that MRI’s can lead you down the wrong path. That’s a problem. The other thing is that MRI’s can leave you completely in the dark but that said let me explain what that means. The first thing that they can lead you down the wrong path so if you have an MRI, MRI’s are really good about showing an anatomic detail in those areas where the picture actually is taken.

But an MRI can also show things that are not clinically relevant. What do we mean by that? Well if you have a pain in your ankle let’s say and then we do an MRI and it actually shows that you have a bone cyst in one of your metatarsal bones and that looks bad. So you have a bone tumor, a benign bone tumor but it’s still a tumor and tumor sounds scary. And the radiologist may completely focus on this bone that has bone tumor in it and your ankle actually looks relatively normal. Then your doctor gets an MRI report that says you have this really scary looking bone tumor in your fourth metatarsal and goes on and on about the detail about the lesion and other technical medical garbage and they don’t talk about your ankle at all.

Why? Because the ankle is subtle. So there may be some changes in the ankle but the radiologist didn’t really look at it very closely. They got distracted and patients are always confused about why that happens.

You have to remember that the radiologist almost never knows your story. When we write an order for your MRI. Like I personally if write an MRI order for you I will write it up and say this is John Smith. John has pain in his foot when he does these specific runs. He had this problem. This is what it looks like and I will explain all this in detail about the history.

I explain what makes it hurt, how much it hurts, what the character of the pain is. All of these things that suggest certain problems. The deal though unfortunately is that when I send that order over to the imaging center, the overwhelming majority the imaging centers have somebody the takes the intake form, they didn’t transcribe it into an order for the radiologist in their computer system.

So I’ve already typed it up but they just have to re-type it and when they do that most of the time what they enter is right foot pain. That’s it, nothing more. I have actually called them and complained a number of times in a number of different facilities. It makes no difference at all. It’s like complaining about slow service at the post office. 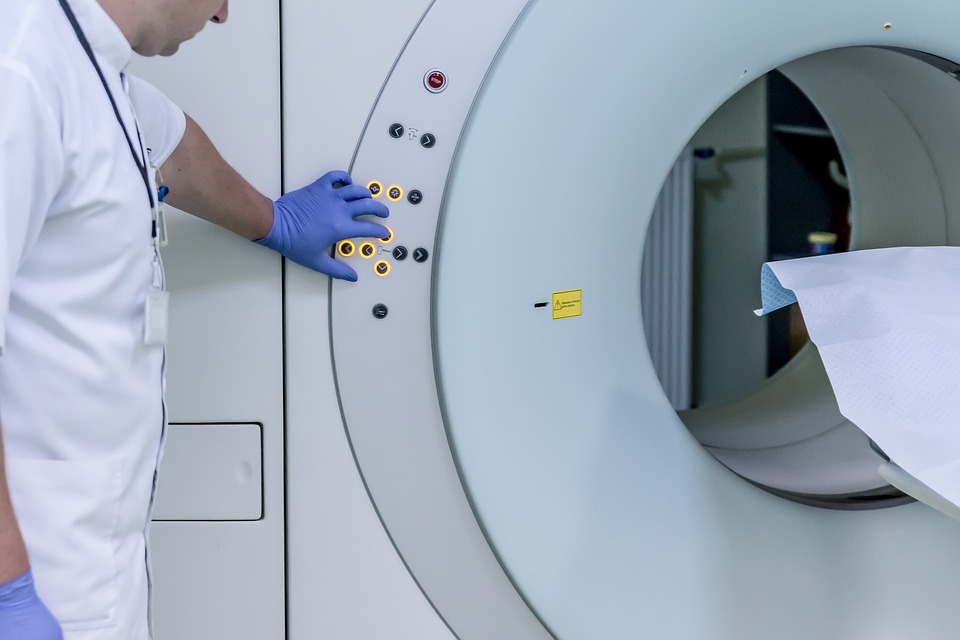 Many times the radiology tech is instructed to take a little capsule, what we call a marker. But it’s basically taped on your foot to show where the most painful spot is. I’ve had patients where they said well the pain’s here and the person puts it in a different spot and then tells the radiology tech that’s not in the right place and the radiology tech says it doesn’t matter we just need to make sure it’s on there.

When your doctor gets that study, they may start also getting distracted because they get the MRI report and they don’t really know if that means anything or not so they poke around your foot some more, they may give you a fracture walking boot. They may give you a whole host of different treatments. They’re not really relevant for you. You’ve been lead down the wrong path. That does happen quite a lot and it does happen in reverse and I’ve had patients that have a huge really nasty looking arthritic ankle but they actually have no ankle pain.

But then everybody wants to focus on the ankle that look so horrible on the MRI because it looks like should hurt but if it doesn’t hurt, it doesn’t hurt. So you have to be worried about that as a risk when you go get an MRI. You might get let down the wrong path even worse.

The second problem with MRI is instead of showing you something that maybe is worrisome that you even know existed, it can actually falsely make you think that nothing is wrong at all. 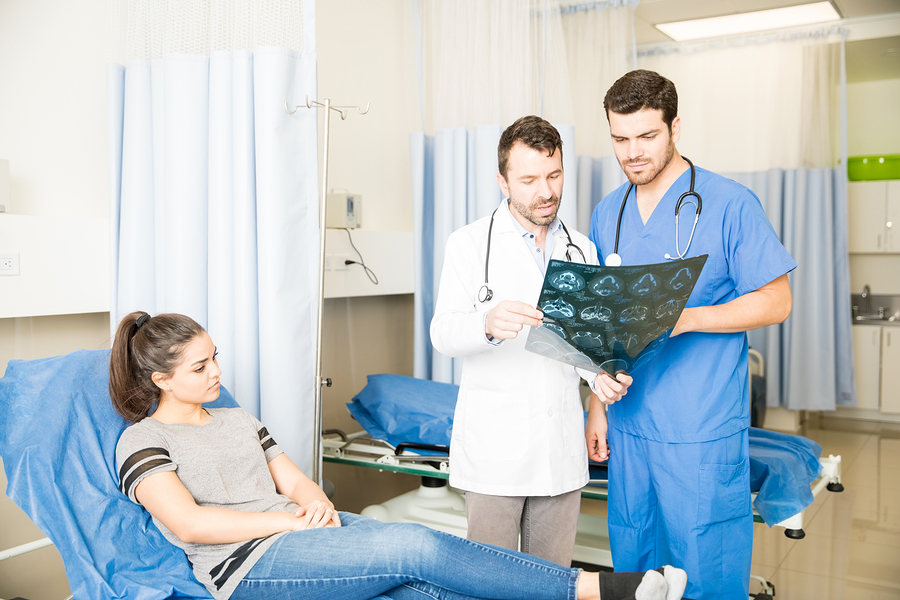 So you have to remember that an MRI slices. You get all these slices and it depends on the protocol. So there’s slices all through the foot, different distances. It depends on what the program is and the protocol that they use.

If you have a plantar plate sprain, you might completely miss it. You might not see the tear at all. If you have in the neuroma, you can even have a relatively large neuroma swelling within the nerve and not see it so it is possible to not see a neuroma on an MRI when it might be there and might be one of things very difficult to tell. And if you don’t really look for it, you might miss it because you have lots of pictures to look at when you get an MRI.

This can happen with the number different structures. It doesn’t have to just be a plantar plate sprain on an MRI. You can get a false negative with all kinds of different problems in the foot just because they’re so far apart in those slices in the actual pictures that you’re looking at.

You have to remember that you can get two different things. You get lead down the wrong path because you get a false positive. Something shows up on your MRI which technically is not normal. It isn’t good, it looks terrible but it doesn’t bother. If it doesn’t bother you, who cares.

Then at the other side of the coin you can see things that we know are bothering but you can’t find them on an MRI because the slices are too far apart it actually misses them all together and in which case you’ll get better anyway because then you think that you overruled out one problem when it’s actually still there.

So an MRI can be a useful tool. They can help your doctor figure out what’s going on with you. But it shouldn’t be the thing that you originally jump to and even if you get an MRI and then the doctor says nothing’s wrong with you, that doesn’t mean nothing’s wrong with you. I have done lots of second opinion second with runners who have fractures that have been missed. They have other problems that clearly show up on the MRI but for whatever reason doctor missed them. The doctor just didn’t see them and put it together with your story and the n you wind up not getting better.

Just remember, go see a doctor who knows what they’re doing. Talk to them. Ask them lots and lots of questions because most doctors do know what they’re doing. So if you can slow them down by asking questions and you’ll get a better result. You just have to pin them down on why it is that they believe you either have or do not have a specific problem.

You need to pin them down on why you can or cannot actually run or continue to train with the problem you have a right now. An MRI doesn’t always give you those answers. So you have to make sure you’re seeing somebody who’s an expert who can actually give you those answers when you need them so you can get back to running as soon as possible.