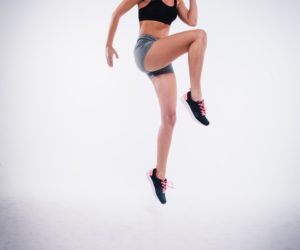 Today on the Doc on the Run podcast, we’re talking about the worst way a runner can check the foot to see if the stress fracture is healed enough to run.

One of the most common injuries that afflicts runners in terms of over training injuries is definitely the metatarsal stress fracture. Now, this is where you get, in theory, a very small crack in the bone in the foot. It causes pain, swelling, and so on, and if you keep running on it, it will eventually crack.

Well the problem is, is that when you get a metatarsal stress fracture, and you want to get back to running, most people go from 0 to 100, and they just basically get out of the fracture walking boot, they’re told something ridiculous like use pain as your guide, and then they get re-injured.

You have to remember that the most important goal when you have a stress fracture that’s healing, and you want to get back to running, is to match the healing of the metatarsal bone with the stress you apply to that bone so you can continue to very deliberately ramp up your activity without making the stress fracture worse.

The worst thing you can do after you’ve been healing with a stress fracture is to re-injure the bone. Obviously when that happens, you have a huge setback, you’ve just lost weeks of training, you’re going to lose more fitness, and in some cases you might have to start over again with the fracture walking boot. You don’t want to do that.

The big question comes up where, you want to know, when is it strong and healed enough to run on the bone? The most conservative doctors will tell you, you have to stay in the fracture walking boot for four to six weeks, and then only when we get an x-ray that shows that the bone has started to heal, and we can confirm that it doesn’t hurt if you hop on it or something, and it looks like it’s strong enough and then it seems like it’s strong enough based on the combination of seeing the healing on the x-rays and seeing you hop on the foot in the clinic, well, that’s when they want to let you run.

Well, the truth is that you could have started running long before that in most cases, but the doctor’s waiting for some sort of visual confirmation on an x-ray, and then they want you to test it in the office by this thing called the hop test, where you literally hop on the foot to see if it’s strong enough to take it.

Well, I actually believe that if you are doing the hop test when you are just out of a fracture walking boot, or just off of crutches, this is one of the riskiest things you could possibly do to that foot at that time. You’re shock loading the foot, you’re applying an enormous amount of stress to it. In fact, more than when you would actually run with good form, and you could crack the metatarsal bone and make it way worse, if not just as bad as when it first started.

So I am not a fan of the hop test. I think you have to very deliberately ramp up your activity and be certain that you’re not going to crack it and wind up with a worse stress fracture later.

When you do the hop test straight out of the fracture walking boot, this is actually your highest risk moment. You’ve been in the boot, you’ve been immobilized. Your ankle and your foot is stiff, so more forces go through it. It actually is more static force and less dynamic force because it is stiff. Your muscles are weak, so you’re unable to stabilize yourself as well as when you have good form, and you’re just wobbly and weak and everything is uncoordinated, and then to hop on it at that time is incredibly risky. So I do not recommend the hop test.

You have to be very deliberate about how you ramp up your running. A much safer thing is to do a test run. So if you go to the show notes episode for this particular podcast, episode number 184, you can get the video, we’ll send it to you, it’s free. We have it there, it shows you how to do a test run when you’re returning to running after something like a metatarsal stress fracture. So just go there and get it, it’s free.