#167 Signs you are heading for a running injury - DOC

#167 Signs you are heading for a running injury 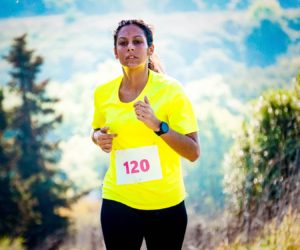 Today on the Doc On the Run Podcast, we’re talking about signs to look out for that may signal you are heading for a running injury

But there are a few things that you can pay attention to that often signal the possibility of an injury that’s coming on. Now, if you think about an over training injury, what happens? It’s too much stress applied to one structure over too short of a time without enough recovery to actually let it fully heal before the next workout.

This usually comes in a high volume period. Most people who call me because they’re injured, it’s about four to six weeks before their big event. A month, month and a half before an Ironman Race, about a month or so before a marathon. It’s usually in this window when you have what? Your biggest, hardest training sessions, I mean you’re doing a progression, right? You’re ramping up biology, ramping up fitness, you’re ramping up strength, you’re dropping back down to recover a little bit and then you’d do it again and you keep ramping up further and further and further through your progression of your training and you’re beating up the tissues but you’re letting them recover. If all is going according to plan, you don’t ever push too far, but if something happens, you get sick, you miss a workout and then you kind of panic and you stack two workouts together, then you might exceed your body’s capacity to heal and recover before the next workout and you get an over training injury.

But there are some things that are pretty clear signals of over training that I have seen over the years, over and over in athletes who have gotten injured and they’ll often retrospectively notice it. So I started talking to them. I’ll say, well, what did you notice? And they’ll say, they felt exhausted. So there are lots of things that happen and feeling exhausted is one of them are feeling brain fog. They feel like they’re just hammered, they’re just beat, they can’t concentrate, they’re really worn out, they’re still motivated, they’re still training hard, but they noticed that at work it’s a little bit harder to stay on task and that’s just exhausting that’s coming in. And when you get exhausted, you’re depleted. If you’re depleted and you’re having a hard time focusing mentally, if emotionally things are getting more difficult for you, that all follows physically as well.

So if you’re noticing some brain fog, if you feel like you’re worn out and you’re exhausted, you really need to look at your volume and see is there something you can do to recover quickly, like sleep better, more actively recover, change something in your diet or whatever, but you need to talk to your coach. If you’re noticing that to make sure that you’re not really heading for an over training injury because that stuff usually precedes an over training injury. The other thing is sleep disturbances. You’ve probably noticed this if you do a marathon or an Ironman Race or an ultra-marathon, some really arduous long, high volume all day event that you really push hard through. It’s kind of like torture, but it’s very, very difficult to sleep that night. So for the longest time I’ve done lots of Ironman Races. I’ve done 15 of them, but without exception, every time I’ve done an Ironman Race, you would think that you would get back to the hotel or get home and sleep like a baby because you’re so exhausted, but you have so much tissue damage and inflammation that it’s actually very, very difficult to sleep.

So I can almost never sleep after an Ironman Race. My normal routine after an Ironman Race is that I would eat well. I would try to hydrate as much as possible, all that sort of stuff, but then I would have a terrible night’s sleep. I would usually, on average, I think I wake up about once every hour after an Ironman Race. So it is a little bit like torture because I feel so tired and so exhausted and then just wake up with all these the sort of burning sensation in my quads and this achiness all over. And then I just look at the clock and I can’t believe it’s only another hour since the last time I woke up. When you have sleep disturbances in when you’re training, this is a bad sign. This means you have lots of inflammation, lots of tissue damage, lots of stress in your body that could lead to an over training injuries.

So if you notice any sleep disturbances, they could be signaling and impending over training. Injury. If you have that, you definitely need to talk to your coach about it. The other thing that’s also a pretty clear indicator is an increased resting heart rate. So if you monitor your heart rate and you notice that you’re tracking your heart rate and it’s let’s say you’re a normal heart rate when you’re running is 135 and suddenly, it’s like 140 or if it’s normally 150 and it’s suddenly 160 on your long runs or your tempo runs or whatever it is the faster you’re running, the higher it’s gonna be. So speed work, obviously it’s gonna be a whole lot higher than on your long runs. But if you notice that your resting heart rate or your normal heart rate for that given run is getting higher, that’s a bad sign.

And you have to really, I mean most people probably not going to listen to this. Most people are not even going to pay attention to the things that will prevent an injury. People don’t seem to want vitamins, but they sure weren’t aspirin when their foot hurts and then you’d do a race. That’s why people call me. Nobody calls me because they want to make sure they’re going to be okay and they’re not going to get an injury in the future. They call me when they’re panicked because they got an injury. So if you’re listening to this and you know that you’re having some sleep disturbances, you know that you’re increasing your heart rate is without explanation and your heart rate is kind of creeping upward when truthfully, if you’re training more and you’re getting more fit, your heart rate shouldn’t be going down over time, not up.

You’ve got to talk to your coach, you got to like really evaluate, are you really at risk of an injury that’s going to be coming in because an over trained injury, worse than anything else you’re going to do in your training plan, is going to disrupt your capacity to achieve your goal race. That’s the last thing you need. So I know most people will panic when their coach says, “We’re going to give you an extra rest day.” That extra rest day might clear out the brain fog, get your sleep back on track, get your heart rate back down and help you prevent an over training injury.